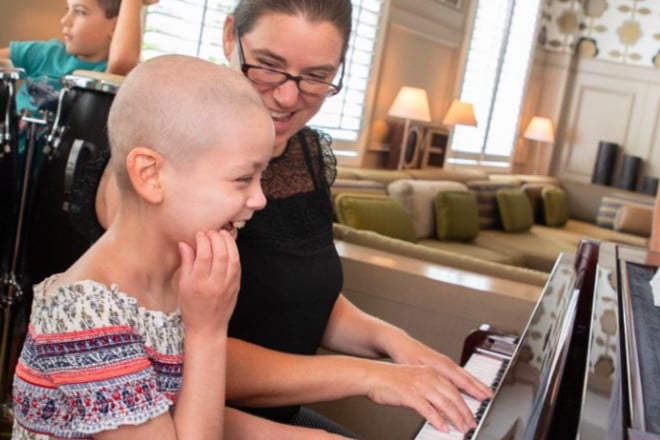 St. Jude Children’s Research Hospital is pleased to announce that acclaimed Singer-Songwriter and recording artist, Amy Allen will be performing at the 2020 St. Jude Songwriters Showcase on March 21st at Fremont Studios. Amy is best known for co-writing Halsey’s “Without Me”, which peaked at #1 on the Billboard Hot 100 and pop radio, as well as spending a record-breaking 29 weeks in the Top 10.

Amy has also written the hits “Back To You” (Selena Gomez), “Adore You” (Harry Styles), “Graveyard” (Halsey), and has worked with Shawn Mendes, Camila Cabello, Dua Lipa, Sam Smith, Keith Urban, The Chainsmokers, and Dermot Kennedy. She is on the Forbes list of 30 Under 30 for 2020 and was named one of Variety’s 2019 Hitmakers.

In addition, Peters has released seven studio albums of her own. The title track of her 1996 debut album The Secret of Life was later recorded by Faith Hill in 1999. Her album, Blackbirds, won the UK Americana Association’s International Album of the Year, and the single of the same title also won the Association’s International Song of the Year. In 2015, The Telegraph named her one of the greatest 60 female singer-songwriters of all time.

Two more exciting songwriters, including a local artist, will join Amy Allen and Gretchen Peters on the lineup and will be announced in the coming weeks.

Guests of the 5th Annual St. Jude Songwriters Showcase, presented by Guidacent, will have an opportunity to hear inspirational stories of impact from local St. Jude patients and participate in exciting live and silent auctions featuring unique music memorabilia and experiences, all while enjoying a concert featuring some of the brightest stars in songwriting. Events like this help ensure families never receive a bill from St. Jude for treatment, travel, housing and food – because all a family should worry about is helping their child live.

Since the first year, generous donors have raised nearly one million dollars for St. Jude through this event. St. Jude Children’s Research Hospital® is leading the way the world understands, treats and defeats childhood cancer and other life-threatening diseases. Unlike any other hospital, the majority of funding for St. Jude comes from individual contributions.