Contrary to common misconceptions about its meaning, “Hound Dog” is not a song about a dog. In our ongoing campaign to fight misinformation about songs and songwriters, we will attempt again to untangle the prevalent confusion about this song.

This confusion is not random. It happened because the most famous version of the song is Elvis Presley’s record, one of the first rock & roll classics. It was the song and record that launched his career and is forever associated with him. So it is assumed his record is the official one, and is using the correct lyrics. But it is not.

The original song was written by Leiber & Stoller in 1952 for blues diva Big Mama Thornton, and was a hit on the R&B charts in 1953. It was not rock & roll; it was blues. Elvis’ version came out in 1956, and was an imitation of Freddie Bell’s parody of the original song. It changed the lyrics, so that it became a song about a dog.

“Hound dog” was common black slang for a cheap gigolo. Leiber & Stoller were drawn to black music and style. They loved blues, jazz and R&B. They knew the music and the culture, which was the foundation of their songs. “Hound Dog” was no joke; it was a traditional 12-bar blues injected with real-time rage. Big Mama sang it like cracking a whip, with feverish anger. Nobody mistook its meaning after hearing the way she sang it.

Its popularity led to ten other covers of it all before Elvis recorded it in 1956. He’d heard Big Mama’s version and liked it, but it was the version recorded by Freddie Bell & The Bell Boys – a Vegas act he met at the Sands hotel – that led him to record it himself. Bell’s version was essentially decolorized. It was intended as a parody of what is a song about black female empowerment, intended to clean up the song for white audiences. It changed this song about female rage at a man to a song about a dog.

That was far from the intention of its songwriters. Though Elvis’ record went on to sell more than ten million copies, neither Leiber or Stoller liked it, as it diluted the meaning of the song.

“It’s an angry song,” said Jerry Leiber, “for a woman who is really pissed off at her man, who played around on her. He was the dog. Elvis is singing it to a real dog. Which is not right at all. So the record that is celebrated is not the record that should be celebrated. It should be Big Mama Thornton’s record. That’s the way it was conceived, and that’s the way it was written.”

“She was singing to a gigolo, to be very precise,” said Leiber. Somebody that was sponging off of her. That’s what it was about.”

It was written on August 12, 1952, when Mike and Jerry were each 19. It was one of the first songs they wrote together, after being invited by bandleader Johnny Otis to meet Big Mama Thornton at a rehearsal in the garage of his home.

“She knocked me cold,” said Jerry Leiber. “She looked like the biggest, baddest, saltiest chick you would ever see… She must have been 350 pounds, and she had all these scars all over her face.”

Big Mama was signed to Peacock Records, and had recorded two singles which didn’t fly. Johnny Otis was hired to find a hit song for her, and turned to these two white kids to write one. They wrote it that day, in about twelve minutes.

When I interviewed them in their Sunset Strip office in September, 2006, they spoke about the birth of this song.

It was not written at his piano, Mike Stoller said, but by poundng its rhythm on the side of his old car, a 1937 grey-green Plymouth. Leiber started improvising the lyric, “You ain’t nothing but a hound dog,” which was black slang for a cheap gigolo. Leiber said he didn’t think the phrase was strong enough, that he wanted something more “insinuating.”

“I always felt,” said Leiber, “that, even with Big Mama singing, that ‘hound dog’ was too tame. I told Mike, `I like the song idea, but I don’t like that word. That word is kind of replacing another kind of a word.’

He said, `What are you looking for?’

I said, `Do you remember Furry Lewis’ record “Dirty Mother”?’

Mike said, `You’ll ruin it. If you write something like that, they won’t play it.’

Stoller prevailed, ultimately, and the title remained. Its meaning was not lost, though, when Big Mama recorded it with screaming blues intensity.

That recording session took place the next day after the song was written on August 13, 1952 at Radio Recorders Annex on Sycamore in Hollywood. Johnny Otis was the designated producer, but took over on drums when the drummer there couldn’t get the right groove. This left “the kids,” as Otis and Mama both referred to Leiber & Stoller. to produce the session.

“They were just a couple of kids,” Big Mama said years later, “and they had this song written on the back of a paper bag.”

Those kids learned immediately that producing comes with its own challenges. “Next thing I know,” said Leiber, “she starts crooning ‘Hound Dog’ like Frank Sinatra would sing ‘In The Wee Small Hours of the Morning.’ And I’m looking at her, and I’m a little intimidated by the razor scars on her face… I said, ‘It don’t go that way.’ And she looked at me like looks could kill and said—and this was when I found out I was white—’White boy, don’t you be tellin’ me how to sing the blues.'”

So he quickly figured out one of the main keys to producing, and instead of telling her, he sang it. And she understood.

“She heard the rough-and-tough of the song,” said Stoller, “and, just as important, the implicit sexual humor. In short, she got it.”

Elvis’ guitarist, the great Scotty Moore confirmed not only that Freddie Bell was the source of the wrong lyric, but also that Elvis was aware of Big Mama’s version, and chose Freddie’s lyric instead.

In his own book Scotty and Elvis: Aboard the Mystery Train (co-wrrten with James Dickerson), he wrote this:

“When we heard [Freddie Bell] perform that night, we thought the song would be a good one for us to do as comic relief when we were on stage. We loved the way they did it… Jerry Leiber and Mike Stoller wrote the song for Big Mama Thornton, but Freddie and The Bell Boys had a different set of lyrics. Elvis got his lyrics from those guys. He knew the original lyrics but he didn’t use them.” 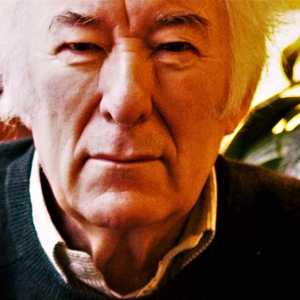 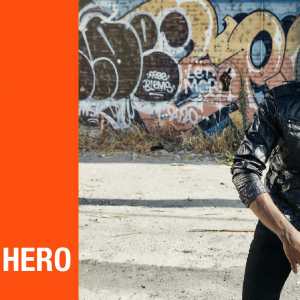