The highly-publicized feud between Jay-Z and Nas is unique for a few reasons. For one, the feud seemingly came out of nowhere. Secondly, one of the diss tracks that sprouted up from the rappers’ beef revitalized Nas’ career. And finally, the feud between Nas and Jay-Z has since ended.

But how did we get from point A to points B and C, you may be asking? Keep reading to find out.

How It All Started

Both Nas and Jay-Z were born in New York, and the two rappers would run into each other every now and then on the ’90s rap scene. There were no murmurings of insults, disses, or feuds in the early ’90s. In fact, the pair almost seemed to be friends. That was, of course, until 1996.

From 1994 to 1996, Jay-Z was recording his debut studio album titled Reasonable Doubt. Reportedly, Jay-Z had asked Nas to feature on the song “Bring It On” for the album. Nas was a no-show.

Jay-Z and his team pressed on, though, and dropped Reasonable Doubt on June 25, 1996. The record did not have a Nas feature, but it did have a Nas sample. Jay-Z’s classic rap song, “Dead Presidents II” samples Nas’s 1994 song “The World Is Yours.”

The stage had been set.

The Feud Heats Up

From 1996 until 2001, Jay-Z and Nas threw subtle jabs at each other in their verses and interviews. This period of elusive insults was crafty, for sure, but it was not obvious to the casual listener that there was a beef brewing between the two.

At the Hot 97 Summer Jam, an annual hip-hop festival hosted by New York-based radio station Hot 97, Jay-Z took direct aim at Nas. In a freestyle performance, Jay-Z rapped what would eventually be the song “Takeover.” In the song, Jay-Z references his earlier Nas sample:

And then, Jay-Z pushes the knife in farther:

Use your brain! You said you been in this ten
I’ve been in it five, smarten up Nas
Four albums in ten years n****? I can divide
That’s one every let’s say two, two of them shits was due

One was nah, the other was “Illmatic”
That’s a one hot album every ten year average
And that’s so (lame!) N**** switch up your flow
Your shit is garbage, but you try and kick knowledge?

Soon after that performance, Jay-Z released “Takeover” as a track on his sixth studio album, The Blueprint, in 2001. And, fun fact, Kanye West produced “Takeover.”

Nas heard Jay-Z on “Takeover” loud and clear. What Nas did next though, became a defining moment in his career. In response to “Takeover,” Nas dropped one of hip-hop’s most famous diss tracks: “Ether.”

Nas has many, many choice words for Jay-Z. He insults Jay-Z’s appearance, rap game (Eminem murdered you on your own shit), and even the way Jay-Z treats women. Nas also claims that Jay-Z sold out: You traded your soul for riches. Top to bottom, it’s an uncensored, unfiltered attack on Jay-Z. And it saved Nas’s career.

“Ether” brought Nas back to prominence in the hip-hop world after his 1999 album, Nastradamus, was considered to be some of Nas’s weakest musical offerings by both fans and critics.

One More Diss and We’re Calling Your Mom

Now in a full-blown rap battle, Jay-Z responded to “Ether” with the diss track “Supa Ugly.” This diss track from Jay-Z was created by the rapper freestyling over Nas’s song “Got Ur Self a Gun.” After the song’s release, however, many people thought Jay-Z took it too far.

Jay-Z’s mother, Gloria Carter, also thought her son took it too far, especially in the lyrics where Jay-Z talks about the women in Nas’s life. Gloria firmly suggested that Jay-Z apologize for his words on “Supa Ugly.”

“Mom put in a call and said, ‘That went too far.’ And she’s never, ever called me about music. So I was like ‘Okay, okay, okay. I’ll go shut it down,'” Jay-Z said in a 2001 appearance on Hot 97. “Once again, I apologize,” he said. “I felt like I didn’t think about women’s feelings or [Nas’ former girlfriend’s] feelings, or even my mom. It was really like, ‘Let me meet your level of disrespect with this level of disrespect.’”

With that public apology, “Supa Ugly” was the last diss track in the Jay-Z/Nas beef.

Friends Once Again (Or at least acquaintances.)

In 2005, the two rappers officially ended their feud by performing together at the Continental Airlines Arena in New Jersey. Just one year later, Nas would sign with Def Jam Recordings. Jay-Z was president of the label at the time of Nas’ signing.

Beef squashed (and profited from). 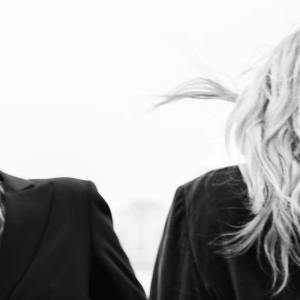