In the aftermath of a robbery gone wrong, chillier, gray scenes frame the unease and unraveling of grief and loss around “Even If You’re Gone,” off New York City duo Beau’s upcoming EP, Life Twice, out September 2022.

Bouncing from a marina to a dodgy motel room and other dire acts, the footage for “Even If You’re Gone” was pulled from a short film originally directed and produced by Alessandro Zoppi, starring Beau’s Heather Goldin, Zanna van Vorstenbosch, and actor John McGill. The film was later fleshed out around the storyline of “Even If You’re Gone” with the addition of Beau’s Emma Jenney and Tristan Reginato.

“The video actually existed before meeting the song—same for the song before meeting the video,” says Goldin. “There was an element missing from the film. It was definitely music, and I suggested we put one of our songs to it but then, of course, we thought it made sense to add more to the story as well since the song was longer. That’s when we added Emma and my friend Tristan Reginato to the plot. It was a real evolution.”

Capturing the core of the track, losing a love to someone else and that lingering connection—It didn’t take you very long to find somebody new / Even if you tried to hold on / You naturally outgrew / What was once dearest is now a part of the bookcase / You called it memory but I live it every day—the film was a natural extension of “Even If You’re Gone.”

“It all kind of came together naturally,” says Jenney of marrying the single to Zoppi’s film. “The song just happened to fit perfectly with the short, as a soundtrack might. This song is more of a soundtrack to something else than anything.”

Written several years earlier, “Even If You’re Gone” was never quite ready and underwent various incarnations before its more dramatic turn. “It actually was an older song and was pretty much collecting dust on a shelf waiting for its day,” says Goldin. “We always wanted to release this song. It was just a matter of when the right time would come. Now has never felt more right for this song.”

Jenney adds, “We would play this song live all of the time, and it was originally called ‘The James Bond Song’ because it was pretty cinematic. We tried to capture that in the recording.”

“Even If You’re Gone” fits the brooding emotional breakage around the remaining tracks of Life Twice, and defines Beau’s “combined vibes and sound,” says Jenney. “It has a perfect blend of intense and rocky vocals,” she says, “mixed with weird folky guitar riffs and soundscapes.” Goldin adds, “There is a moody uncanniness to this EP, which threads each song together really well, in particular, ‘Even If You’re Gone’ being the head of the household to that moodiness.”

Life Twice represents a greater evolution of the New York City duo, who met as pre-teens forming the band The Boos before their official odyssey into music with the release of their debut EP That Reality Thing when both were just 15. “This record is super important to us,” says Jenney of Life Twice. “It’s a mix of newer and some throwback material, which really depicts the many facets to our music and our personalities.”

A more epic revival for Beau, “Even If You’re Gone” is a graduated step into the sonic and visual peripherals the pair have experimented with since the lighter party-mode of “Dance With Me” in 2020 of the bittersweet density of “Hardly Breathing,” the latter off of the 2022 release Forever (and more). “I think this song tested our limits as to how epic we could make something sound,” says Jenney. “We’re always evolving and trying to do things differently.”

Writing together, apart and typically finishing off tracks together, songs still formulate the same way for Goldin and Jenney. “I love songs that set a picture in your mind and really narrate some kind of story so that you feel extremely close with the singer, writer,” shares Goldin. “Anything that feels honest and unboxed you will find me gravitating towards.”

Goldin adds, “The song is less about exploration and more about an arrival. It’s very much who we were, are, and continue to be.” 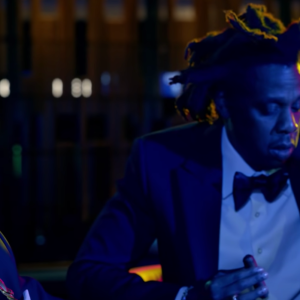