Found in Translation: The Improbable Origin of “How Great Thou Art”

From a 19th century Swiss poet to Ukrainian missionaries to a singing cowboy, this is the improbable story of one of the world’s best-known hymns.

If you’ve heard two hymns in your life, chances are you’ve heard “How Great Thou Art.” In terms of popularity, it’s generally considered second only to “Amazing Grace”. Covered by everyone from Elvis to Carrie Underwood, the beloved hymn didn’t start its life as a song. It began as a poem, a Swedish poem at that.

In 1885, Carl Boberg, a Swedish editor and future politician, was walking home in the bayside town of Mönsterås, located on Sweden’s south-eastern coast. A thunderhead appeared on the horizon. Lightning flashed. Thunderclaps shook the air, sending Boberg running for shelter.

When the storm began to relent, he rushed home. He opened his windows to let in the fresh bay air, and the vision of tranquility that greeted him stirred something deep in his soul. The sky had cleared. Thrushes sang, and in the distance, the resonant knell of church bells sounded. With the juxtaposition between the roaring thunderstorm and such bucolic calm as background, Boberg sat down and wrote “O Store Gud”—the poem that, through a winding series of events would become “How Great Thou Art.”

After being published in a local newspaper, an unknown Swede put “O Store Gud” to the tune of a Swedish folk song, whose name has also been lost to history. In the late 1800s several versions were published, but it wasn’t until the early 1900s that “O Store Gud,” which translates literally to “O Mighty God,” hopped the Swedish border.

In the first decade of the 20th century the song was translated into German. A handful of years later a Russian version appeared. The first English language version wouldn’t be penned until 1925. But this English iteration, translated by the Swedish-American E. Gustav Johnson, is a far cry from the song we know today. It took another quarter century, a British missionary, and a new translation before the song developed into its now recognizable form.

In the early 1930s, Stuart K. Hine, an English missionary, first heard the Russian version of “O Store Gud” while in the Ukraine. For years he and his wife sang the song with locals before he finally sat down and translated it into English. Translation is of course more art than science, and Hine took some liberties, most particularly with the title, which in 1949 he rechristened “How Great Thou Art.”

Hine published his English translation alongside the Russian version in Grace and Peace, a magazine that he published and was circulated to missionaries in over 15 countries. The story of “How Great Thou Art” might have ended here, in relative obscurity, were it not for a British-American theologian traveling to India, a singing cowboy, and a popular American evangelist on a self-described crusade.

When J. Edwin Orr, a British-American theologian and evangelist, travelled to India in 1954, music was the farthest thing from his mind. He was there to preach. But while there he heard an English version of “How Great Thou Art” sung by a Naga choir from the state of Assam in north-eastern India. He was so impressed by the song he brought it back to America and had it performed at a conference for college students where he was speaking.

In attendance at that fateful conference were the children of Tim Spencer, a singing cowboy and actor who had found fame singing in the Sons of the Pioneers alongside Bob Nolan and Roy Rogers. At that time, Spencer owned Mana Music, Inc, a publisher of Christian music. He quickly arranged to buy the rights to the song and then did what all good publishers do—he started pushing the song.

As late as 1954, “How Great Thou Art” remained all but unknown in the U.S., but with Mana Music’s backing the song eventually landed in the hands of George Beverly Shea, famed soloist in Billy Graham’s travelling crusade. Graham reportedly loved the song and quickly made it his evangelical crusade’s signature song. Given Graham’s reach, Shea all but introduced the song to the nation. He sang it live on radio, before stadiums filled with thousands of people—and during nationally televised events like the 1957 Madison Square Garden Crusade, which ran for 16 weeks and was viewed by an estimated 96 million people.

Then came Elvis. Though Shea and other popular artists like Tennessee Ernie Ford and Loretta Lynn recorded versions before him, Elvis’s recordings—his more restrained studio version from 1967 and his slightly looser live version from 1974, both of which earned him Grammys—are generally considered the canonical versions against which all others are compared. That said, many people today think first of Carrie Underwood’s chart-topping rendition from 2011.

Regardless of your favorite recording, when we reflect upon the various chance encounters and serendipitous occurrences that combined to birth “How Great Thou Art” and bring it to prominence, it’s hard not to be awed by the sheer improbability of it all; fate, dumb luck, God’s grace, call it what you will, the path from “O Store Gud” to “How Great Thou Art” is nothing if not unlikely.

Photo by Stefan Kunze on Unsplash 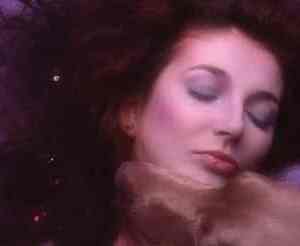 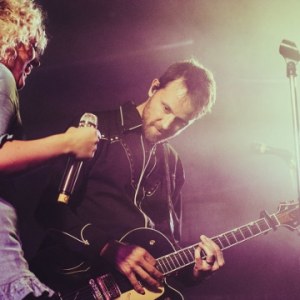