The name of the album was #1 Record, which was bitterly ironic, as it ended up selling under 10,000 copies upon its initial release in 1972. The name of the band, Big Star, also proved to be an unfortunate misnomer, because outside of critics and other musicians, they remained virtually anonymous during their brief time together.

Despite all these negatives and contradictions, Big Star included on #1 Record one of the best ballads of the rock-and-roll era, the hauntingly yearning “Thirteen.” The title comes from the age of the narrator, and the song is one of the most accurate depictions ofan era in life when the first pangs of romance arrive to simultaneously enthrall and torture. On #1 Record, their debut album, Big Star wielded an impressive duo of singer-songwriters in the Memphis-raised pair Alex Chilton and Chris Bell. Chilton had already achieved chart success as a teenager with The Box Tops, displaying gritty vocals that were soulful beyond his years on a string of rhythm and blues-influenced singles. But when he joined up with Bell, a proponent of a combination of Byrdsy jangle and Beatles-y catchiness that would come to be known as power pop, Chilton changed his game, as he told Gibson.com in a 2007 interview.

“Well, Chris’ s band was already in place when I joined,” Chilton remembered. “And they weren’t very big on R&B, or black music, at all. So I just sort of did what the original concept of their band was. I tried to present things that were compatible with the concept of this group that was already in place. When I say ‘they,’ I guess I’m really referring to Chris. I just tried to get with Chris’s stylistic approach as well as I could.”

Bell and Chilton wanted to emulate the Lennon/McCartney formula as much as they could, so they shared credit on many of the songs on #1 Record even though there was in fact little writing collaboration between the two. “Thirteen,” for example, was entirely Chilton’s creation, and he also delivers the aching vocal that vacillates between hope and heartache and that many cover versions have tried to emulate but never quite matched.

“Thirteen” focuses on an age that is somewhat underrepresented in pop and rock music. Many have written songs about childhood, and, since rock and roll was born out of teenage rebellion, high school ages and upward are of course the focus of many a ditty. But Chilton finds that bittersweet spot in between when innocence still lingers but more complicated emotions start to work their way into the picture.

Over tender acoustic guitars, Chilton begins with a question that thirteen-year-old boys have been asking thirteen-year-old girls for generations: “Won’t you let me walk you home from school?” “Won’ t you let me meet you at the pool?” he follows, again treading lightly so as not to scare her away. He eventually suggests a date at the dance on Friday; “And I’ll take you,” Chilton delicately sings, as if anything more forceful than a gentle plea will destroy his chances.

In the second verse, the narrator for the first time reveals an obstacle blocking the path to this girl for whom he is clearly falling hard, his modest queries notwithstanding. “Won’ t you tell your Dad get off my back?” he asks her. His response to the doubting father is brilliant: “Tell him what we said about ‘Paint It Black.’” By drawing a parallel between his own musical tastes and that of the father, he’s hoping to show that he’ s not just some punk kid with bad intentions, although doing that by name-dropping a song by The Rolling Stones, one of the most lascivious bands, might be defeating the purpose. And his next exhortation (“Come inside now, it’s okay/ And I’ll shake you”) shows that his intentions aren’t all that pure after all, the sexual hinting a gutty and honest move by Chilton.

The final verse finds him struggling as she remains both rigidly unknowable (“Won’t you tell me what you’re thinking of?”) and frustratingly proper (“Would you bean outlaw for my love?”) His concluding lines redeem him in terms of his integrity and honor, even as they suggest that he’ s losing his opportunity with her in the process: “If it’ s no then I can go/ I won’ t make you.” The final “Ooo-hoo” that Chilton utters is a real killer, tinged as it is with the sting of implied refusal.

As mentioned above, you can find some fine cover versions of this classic, with brilliant and diverse artists like Garbage, Wilco, and Elliott Smith taking their turns, among many others. But they’d likely all agree they were playing for second behind Chilton’s one-of-a-kind performance. Big Star never lived up to their name and #1 Record didn’t come close to achieving the potential of its title. Yet “Thirteen” is as good as it gets for those looking to relive that moment when life is still rife with possibilities but love seems stubbornly impossible. 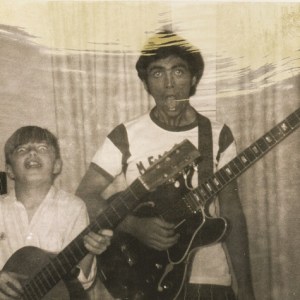 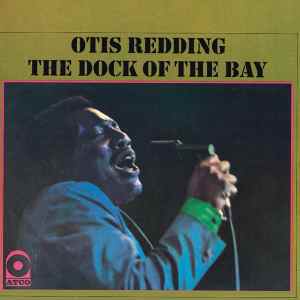