The founding members of the Austin, Texas-based band, Black Pistol Fire, have been friends since kindergarten. Kevin McKeown and Eric Owen grew up in Toronto, Ontario together. In an age when longtime relationships can fracture over a Facebook post, it’s remarkable in many ways that the two have stayed tight since they were tykes. Sometimes, says McKeown, who sings and plays guitar in the band, he has to remember how special the relationship is. From an early age they grew up together. And as they did, music became more and more of a central component to their lives and friendship. In high school, they began writing songs and playing small local gigs. Later, they took the plunge and moved to the indie rock capital of the world —Austin, Texas—and have since found a footing. The band released its most recent LP, Look Alive, in late January and today, the group is continuing to strive ahead in a time as uncertain as any.

“I have to remind myself that most of the time, that’s not a common thing,” McKeown says. “A lot of people don’t have that.”

As a kid, McKeown listened to the music his parents played. In fact, he just came across a picture of himself at around two years old with his first guitar. He found the photo recently while looking at family albums with his two-year-old son, who himself is just starting to play guitar. The serendipitous moment recalled a time when McKeown was just discovering music. He became fascinated early on with Elvis Presley. He remembers being a kid and going crazy for Elvis. So much so, that his grandmother tailored a custom sequin jumpsuit when McKeown was six years old, that he’d wear and perform in around the house.

“I’ve never told anyone that before,” he says, with a laugh.

Together, McKeown and Owen began attending shows in their teens. McKeown remembers being so thrilled by the concerts but, at first, he didn’t even watch the stage. He kept his eyes on the audience members, seeing their reactions to the live music. It pushed him to want to create those same faces as a performer. The two aspiring artists fell deeper into the world of live music when they began attending music festivals. The romance of flocking to a field, camping out and indulging in performance inspired the duo.

“That’s when we began to think about it, ‘maybe we can do this, too,'” McKeown says. “The great thing about those festivals is that there were a lot of bands that I’d never heard of, but that had huge following. I said to myself, ‘Oh, you don’t even need to be on the radio to be a successful musician!’”

When McKeown looks back at the 1,600-mile move from Toronto to Austin, he shakes his head. He quit his job in sales to do it. Today, though, as a new parent, he thinks such a major jump is “insane.” Yet, it paid off for both him and Owen. Upon arriving in Austin, though, the two longtime friends noticed one thing immediately. Everyone in the city was supremely talented. In a way, it was daunting. But in another way, it was intensely inspiring.

“The neighbor in the apartment complex,” McKeown says, “is probably a world-class guitar player. Somebody you meet at a bar is probably a classically trained piano player. That’s the great thing about Austin, it motivates you to want to work harder.”

But Black Pistol Fire, who will release a live performance from Austin’s famed Arlyn Studios later this spring, experienced success pretty early on. The band had been playing out in Austin and as its audience grew, so did the need for merchandise. The duo recorded its debut record in about 13 hours, McKeown says, and not long after, several of the songs on the album were licensed in commercials and film. The band formed officially and has been evolving ever since. On its most recent LP, the band searched for new roads. As a duo primarily comprised of drums and guitar, it can be hard to find new creative ground. But that was the effort for this album—and they achieved their mark.

“With this record,” McKeown says, “we were trying not to pay attention to staying inside the box. We stayed away from the fear of not being able to perform some of this stuff live without extra instrumentation. This record was our letting go of all that—to make good art, what we thought was cool.”

McKeown, whose voice stretches and tears, says the album is darker than others in the past. After it was mixed and mastered, he looked back on it and realized it had more bite, more noir aspects than other releases. It’s a bit of a left turn for the duo, but it’s a welcomed one, especially given the past twelve months of tumult felt in Texas and the world abroad. But the album was also born out of the cost of an artist’s life. Over the years, Black Pistol Fire has written albums, toured, written more albums and toured. It can be a tough life, a grind, even though music is at the center. As a result, one of the album’s standout songs, “Hope In Hell,” is about the cost of things. On the song, McKeown sings, “You can have it all but how much do you want to lose?”

“After a while,” McKeown says, “you see that this [lifestyle] is taking bits of you that you didn’t realize. That lyric is always running through so many areas of my life. Basically, that song is all about sacrifice and what we’re willing to sacrifice.”

As he looks ahead to the future, McKeown says he’s optimistic. He looks forward to the chance to tour. He hopes he and the rest of the world come back stronger than ever after a long time of transition. For McKeown, though, that future will be buttressed by song—and, of course, a longtime, necessary friendship.

“I love the creative aspect,” McKeown says. “Waking up in the morning and grabbing the guitar and having no idea what’s going to happen.” 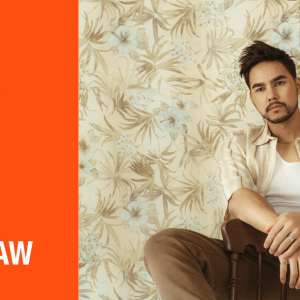 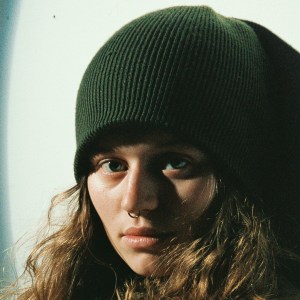