Blanco White is the guise of guitarist, singer, and songwriter Josh Edwards. It is also an ode to Spanish writer José María Blanco White.

With influences from Leonard Cohen and Bob Dylan, the lyrics and what Blanco White’s music means is down to the listener to decide. Close your eyes and these are songs that can transport you anywhere. Open them and don’t be surprised if your surroundings suddenly look a little surreal.

His latest release ‘On The Other Side’ is out June 5 on Yucatan Records (pre-order), and in advance he wanted to give the readers of American Songwriter additional insight into where the songs came from, in his own words. There are hyperlinks to watch the video of four select songs.

1.) ’On The Other Side’ is the name of the album, and I chose that name and positioned it as the first track because it felt like a gateway song. Once it was written, I felt a stronger sense of purpose with how I wanted to approach the rest of the album, and the ambiguity of the name captured what I felt like I was searching for in the music – it’s an invitation to another place. For me, that is what is so special about music. It can be transportive and take you somewhere else, and my aim when writing is to try build atmospheres that transport the listener to a more otherworldly space. The lyrics in the song, particularly in the second half, are meant to feel mysterious in some way, and invite the listener to enter that other space for themselves.

2.) The setting of ‘I Belong to You’ was important to the lyrics, describing a house overlooking the Straits of Gibraltar towards Morocco from the southern tip of Spain. I spent the winter months there last year, and it was elevated high up above the town of Tarifa. There are steep mountains on both sides of the narrow Straits, and the house had views of the two divided coastlines mentioned in the song. The lyrics recount the feeling of joy and wonder I had whilst staying there, sharing all that was inspiring about the place with another writer who the song is written for.

3.) ‘All That Matters’ is one of the first songs written for this album. It draws on Andean Cueca and Bailecito rhythms played on the charango, with the electric guitar playing the main counter rhythm. Although there is a personal element to the song about love for someone’s creative mind and the journey of a friendship, this is intertwined with a wider message about awe and transcendence. It wishes to celebrate these things, and the joy of being alive even if you think we are here for no reason.

4.) ‘Samara’ is a track inspired by Somalian music from the 70s and 80s. A friend introduced me to some of the bands from that era, and I was really blown away by what I heard. Many of the recordings have only re-surfaced in the last few years. Whilst writing the album, I was listening to those bands a lot (including Dur-Dur Band, Iftiin Band, 4 Mars). They definitely made me want to be more adventurous with rhythm and have more fun with music. Like some of the other tracks on the album, it meant I ended up writing more songs with the bass guitar as the gateway instrument instead of guitar or keys. In the final recording of Samara, the lead guitar was played by Cameron Potts from the band Superego, who tours with me. His playing style left a big mark on the track.

5.) ‘Desert Days’ is a song about feeling you’ve been trapped living in a place too long. It was inspired by the Jorge Luís Borges’ short story ‘The Two Kings and the Two Labyrinths’. In the story the desert stands as the last labyrinth that is impossible to escape from even though there are no walls blocking your way. During the writing process I also drew a lot of influence from Saharan bands like Tinariwen, who often write about the desert in their songs.

6.) ‘So Certain’ wishes to capture the strange sensation of feeling like you know a place, even though you are sure you could never have been there before. There’s something disconcerting about its familiarity, but you can’t isolate exactly what it is that makes you feel this way. I find these kinds of sensations fascinating, and am often searching memories when writing. They too can feel strange and surreal as our own imperfect reconstructions of reality, and offer you the chance to explore a more mysterious space when coming up with ideas. Trying to make sense of the mystery around us, and exploring the curious realities that are part of our lived experience are things that I will always want to explore in music.

7.) ‘Kauai O’o’ is a song about a bird of the same name from Hawaii that is today extinct. A friend showed me an audio recording of the bird’s song captured in the 1980s, the last recording we have of this animal. Its call is both haunting and very beautiful, and I felt incredibly moved when I heard it. There was something overwhelming about seeing so clearly what is lost when a species does go extinct. I felt compelled to write about it in some way, and thought it had parallels with the extinction of peoples, cultures and especially languages. I remember reading about the lost languages of indigenous Patagonia that disappeared with the last of their speakers in the early 20th Century, something that left me with a similar feeling of emptiness. Languages act as the lenses through which we make sense of the world, and when one is lost totally, without even a written record of the words, the loss is almost incomprehensible. It represents the final extinguishing of a culture, and severs totally its connections with the living world. I wanted to explore that in the song, and depict the bird as the last speaker of a language, where its search to understand and be understood by the world around it would always prove hopeless. It would be the loneliest of all creatures. What’s happening to the natural world because of human impact saddens me deeply. I used to feel nervous about approaching this kind of topic in music because I’ve never wanted to be critical of people or political in songs, but stories like the one about this bird today seem too important to shy away from. I think music can and should contribute to such conversations about the world around us.

I’m indebted to Cosimo Keita on drums and Jamie Benzies on bass guitar for bringing the song to a new place with their performance in the studio. I knew I wanted to have a more jazz focused rhythm section in the song, and it was special to watch these two fantastic musicians play with such sensitivity. It was captured with some really nice recording techniques by engineer Dani Bennett Spragg.

8.) ‘Papillon’ is a song inspired by Henri Charrière’s book of the same name. It was a favourite of a friend of mine who very sadly passed away in 2018. The book is about a jail break, and the lyrics in the song begin by describing the extended solitary confinement of the main character, the part of the book that left the biggest impact on me. The song as a whole is really about my friend, and how when I followed the main character through the book, I always found myself thinking of him. Most of the story takes place surrounded by water, so I wanted the song to have a shimmering and rippling feel to it.

9.) ‘Olalla’ is a song about the disappearing towns and villages of Southern Europe. Often these places are staggeringly beautiful, but are slowly being abandoned as jobs ad communities migrate elsewhere. I think I just felt moved by that idea of loss and inevitable change. Although the narrative laments that change, I hoped the song would still be uplifting in some way and capture some of the excitement that I’ve felt when stumbling across a beautiful place.

10.) ‘Chasing Dials’ is the most minimalist song on the album, and one of the oldest. Lyrically it explores the emotions of feeling like you are getting older, and the sense of lost or forgotten time that can accompany those feelings. For me this can appear if I feel I have been in one place too long.

11.) ‘Mano a Mano‘ was a song written while I was living in Spain last winter, in a house overlooking Tarifa and the Straits of Gibraltar towards Morocco. I was working on the vocal of the song, trying to find words in English to match the melodies and phrases that were jumping out at me, but it soon became clear that English words seemed to lack the more staccato rhythm that I was looking for. I started trying to use Spanish words instead and instantly found it easier to complete the phrases. I’ve always been nervous about singing or writing in Spanish as there’s so much unknown if you don’t have full mastery of a language. It’s not only things like pronunciation, but also all the connotations and hidden meanings of words that you might miss. Perhaps because of that I was liberated from the knowledge that accompanies a native’s understanding of their own language, and I wrote the lyrics for the song quicker than all the other tracks on the album, which are all in English. I’m very grateful to José and Marga Zavala, as well as Spanish artist MAVICA for helping me with my pronunciation. MAVICA also features as a vocalist in the song, singing with me in the outro section and with Malena Zavala in the main body of the song. Hearing their voices in the mix was the moment when I knew the song was finished.

The lyrics are visual and descriptive, and the verses try to capture some of the magic you feel part of in that special corner of the world around Tarifa. It’s a very mountainous region that feels both ancient and mysterious. It’s the gateway between the Mediterranean and Atlantic worlds, and is also the western frontier where Europe ends and Africa begins. Only 9 miles of water separate the two. I wanted the song to explore the sense of dream like mystery I often feel when I’m there, as well as a heightened connection with the sun and moon in a place where the light is so spectacular. 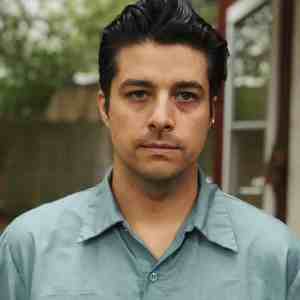 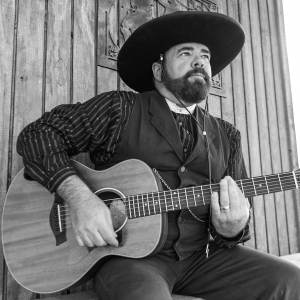