“I Knew,” the third song from Bonnie Raitt’s new album, Dig In Deep, begins with her longtime band punching out a funky groove, but the singer’s slide guitar hovers uncertainly, as if pondering its next move. The red-headed singer’s huge soprano also seems undecided, unsure whether she can keep going in the face of so much loss. “Time ain’t never healed the wound,” she sings with a world-weary sigh, “can’t think of anything that gets any better ‘cause it’s old.”

Time looms large in this new project, not just in the lyrics to the songs but also in the challenge of an artist staking out some new territory that won’t repeat what she’s already done. By the time you turn 66, as Bonnie Raitt did in November, you can’t ignore the past; you have to wrestle with it. “I would have run,” she sings on the chorus of “I Knew,” “but I couldn’t run; I would have lied, but I couldn’t lie, ‘cause I knew.”

She knew that if she wanted to release a 17th studio album, she would have to write and/or find a dozen songs that said something she hadn’t said on the 16 previous projects. She knew that if she wanted to escape the curse of the aging-pop-legend-turned-oldies-act, she had to have songs that could hold their own in her live set. And she felt she had more to communicate. “How cruel is it,” she sings on another song from the new record, “that fate has to find me all alone with something to say?”

“I’ve got a lot of decades of music that I’ve recorded,” she says over the phone from California, “a lot of music that’s been loved by other people, so when I do an album I don’t want to repeat myself; I don’t want to use words that someone else has already used. Otherwise it’s just a retread. So I try to write a song or find a song that says something new. Because if you’re not saying something new, why are you even out here?”

Raitt’s decades of music tell an unusual tale. She started out as a folk-rock-blues singer with a big voice, a slashing slide-guitar sound and knack for reinventing other people’s songs. Her nine albums for Warner Bros. between 1971 and 1986 didn’t sell many copies, but she was a favorite of critics, musicians and roots-music fans.

That all changed in 1989, when Nick Of Time, her first album for Capitol and her first album made sober, won three Grammies, topped the Billboard pop charts and sold more than five million copies. The follow-ups, 1991’s Luck Of The Draw and 1994’s Longing In Their Hearts, also went multi-platinum, charting #2 and #1 respectively and winning additional Grammies.

It proved that you could toil away under the damning label of “a critic’s favorite” for 18 years and then suddenly break through to a much wider audience. But after that best-selling trilogy, it was back to modestly selling records and devoted live audiences.

In this, the 45th year of her recording career, how does Raitt find something new to say? The first verse of “I Knew,” which originally appeared on songwriter Pat McLaughlin’s 2008 Horsefly album, finds Raitt casting off doubt as her voice and guitar commit themselves to moving forward. “Change,” she sings, locking into the beat, “would probably do me good.”

The changes aren’t drastic on Dig In Deep, but they reveal how she’s taking charge of her music. She has often included her own songs on her albums, but this one includes three originals and two co-writes — 42 percent of the songs compared to her previous percentage of 16 percent. This is her second album on her own label, Redwing Records, following Slipstream, and the first that she’s produced by herself — though she’s been credited as a co-producer since 1991’s Luck Of The Draw.

“I’m not a person who gets produced, quote-unquote, by another person,” she argues. “When we’re in the studio discussing the snare-drum sound or the mic placement, I’m right there and involved in the discussion. I’ve been producing as a partner all along. On recent albums I’ve asked a co-producer to join me because I’ve liked the sound of a record they’d done recently. But when I met Ryan [Freeland, her engineer], I knew what direction I wanted to go in and decided I didn’t need a co-producer this time. I’m so comfortable with Ryan and with my band that we know where we’re going without a lot of discussion.”

Four of the five new songs that Raitt wrote or co-wrote are uptempo rockers, from the slippery funk number, “Unintended Consequence Of Love,” which she wrote with New Orleans keyboardist Jon Cleary, to the Stones-like stomper of “The Comin’ Round Is Going Through,” which she co-wrote with her regular guitarist George Marinelli. “There are certain grooves I like to play that I wanted to add to the live show,” she explains, “so I was clear about what I wanted to work on.”

But an awareness of time passing sneaks into even these rambunctious party numbers. The Cleary song finds her addressing a longtime lover and asking whatever happened to the optimistic, enthusiastic people they used to be. “I guess time wore us down,” she sings, “expectations run aground. It’s an unintended consequence of love.”

Another number, “What You’re Doin’ To Me,” is sung by someone who has been worn down by those consequences and has given up on romance altogether. “Just when I thought the coast was finally clear,” she sings in surprise, “you come busting in the door.” The excitement of such an unexpected, late-life love is communicated by a rollicking R&B groove that pits Mike Finnigan’s B-3 organ against Raitt’s piano.

“There’s a style of gospel piano playing that I’ve always liked,” she says, “because it’s a place where honky-tonk, gospel and soul all intersect, whether it’s Leon Russell or Ray Charles. I grew up listening to a lot of black gospel singing on the radio. I don’t play a lot of piano, but that’s a kind of piano I really love.” 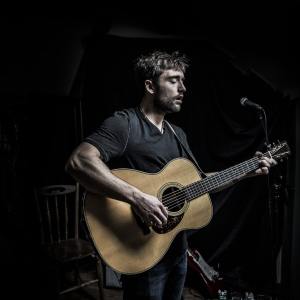 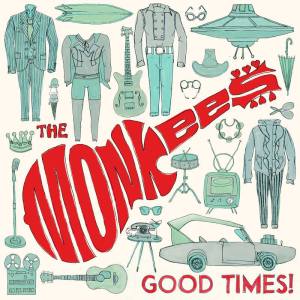