We had the pleasure of interviewing OMI over Zoom video!

OMI​ established himself as an international artist to watch through a string of viral releases, including his world-renowned single “​Cheerleader​,” which spent six non-consecutive weeks at ​No. 1 on the Billboard Hot 100 chart​, went​ 5x Platinum​, and garnered over 4 million Spotify weekly streams. The music video for the ​Felix Jaehn​ remix alone has accumulated almost 9​50 million YouTube streams​ to date, numbers comparable to those of international superstars.

He’s performed on ​The Tonight Show Starring Jimmy Fallon,​ ​Good Morning America​, a​nd ​America’s Got Talent​ ​— and that’s just in the U.S. The worldwide success of “Cheerleader”​ earned ​OMI ​collaborations with ​The Vamps​ (“​I Found a Girl​”),​ Shaggy ​(“Seasons​”), and ​Marcus & Martinus​ (“​Never​”) in the years that followed.

In 2018, he reunited with German producer ​Felix Jaehn​ for their single “​Masterpiece​,” which has accumulated 36+ million streams on Spotify. The uptempo, summery track encourages women to find beauty in themselves as they are, in a digital age that often pushes the other way.

In the years that have passed since releasing “​Cheerleader​” and his debut full-length album ‘​Me 4 U​,’ OMI has recharged his body, mind, and soul by spending time with family in Jamaica. He’s also been honing in on his craft —growing as a singer, songwriter, and performer.

Now, he’s ready to begin his next chapter. OMI is pleased to release this second look off his upcoming album — a project that will fuse elements of Pop, Reggae, and Dancehall and showcase. OMI’s continuous progression as an artist and the recent release of his international anthem “I Want You,” the reggae-pop singer/songwriter OMI returns with new music released via Ultra Records. Most recently, his track “Hello Hater” draws from his Jamaican roots, and reintroduces himself with a unique blend of airy reggae, dancehall beats, and sticky pop hooks that are sure to be a bouncy summer hit.

With 6+ Million Monthly listeners and more than a Billion Streams. 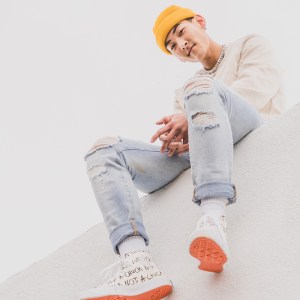 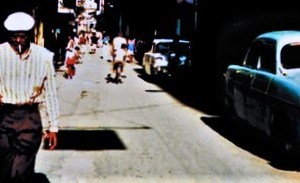