“I’ve gotta show you this,” says Cale Tyson. Sitting at a restaurant in Brooklyn, Tyson pulls out his phone, finds a picture, and hands it over. It’s a poster illustration for an upcoming sold-out show in the Netherlands that depicts a cartoon rendering of Tyson dressed in a full-denim outfit riding a horse. The young 26-year-old singer-songwriter is about to embark on a month-long tour in Europe, where he’s known as “Cowboy Cale,” a bona fide emblem of the old-fashioned country music stylings that, to foreign audiences, signify “America” with a pleasing literalness.

Tyson laughs. He has no idea how he’s become Cowboy Cale, and he’s about ready to move on. He’s long since ditched his cowboy hat, and is in fact a bit nervous about abandoning it for the first time for his upcoming tour in Europe, particularly in the United Kingdom, where Tyson is much more well known than he is in the States.

“Honestly, I’ve had a little identity crisis in the last year,” he says. “I’ve had to take a step back and be like, ‘Wait a second, I’m not this person.’ I can’t continue to put out this image that’s not completely truthful to me.”

Tyson’s Twitter bio gets to the point more succinctly: “Not an outlaw.”

This summer, Cale Tyson’s debut album Careless Soul will finally be released in the states. It’s been a long journey for the album, which was released in the U.K. in 2016, recorded in 2015, and written in the year and a half period before then. It’s no wonder, then, that at this point Tyson feels ready to move on creatively, having found himself in the bizarre position of getting up on stage every night to sing songs from a very different (more reckless, more heartbroken, more intoxicated, less mature) period of his life.

“I feel a little detached from these songs,” he says.

Nevertheless, Careless Soul, a country-soul record steeped in 70’s r&b and recorded at Muscle Shoals’ FAME studios, is a remarkably impressive debut from the young singer-songwriter, who first moved to Nashville from Fort Worth to attend Belmont University in 2010. Over the past few years, r&b and soul have arguably become the de-facto production styles in Nashville’s roots community, but a few years ago, when Tyson first came up with the idea to record at Muscle Shoals, he was legitimately convinced he was onto something new.

“I remember right after I did the record I told someone that I just did this record that’s country but also kind of soul, and they were like, ‘Oh cool, Sturgill just did a record like that,’” Tyson says, referring to Sturgill Simpson’s blockbuster A Sailor’s Guide To Earth, which was released precisely one week after Tyson’s album came out in the U.K. “I was like, ‘god dammit.’”

Careless Soul documents a much earlier time in Tyson’s maturation as an adult singer-songwriter, back when Tyson had just gotten out of his first serious relationship and was left alone in a furniture-less house he had mistakenly rented with his soon-to-be ex-girlfriend. It was a period of heavy drinking and serious soul-searching for Tyson, who spent many of his solitary days writing redemptive songs like “Dark Dark” and “Somebody Save Me” in his empty house.

The songs, many of them playful, tongue-in-cheek genre exercises like “Gonna Love A Woman” and “Staying Kind,” portray a young artist firmly in command of traditional country. Although it was his parents’ preferred music, Tyson never took country music seriously growing up in Fort Worth until he moved to Nashville, where he became exposed to it firsthand. When he first came to Nashville, in fact, he fancied himself a disciple of Bright Eyes, an indie-folkie with vaguely rootsy leanings and touches of emo. But before long, Tyson dove headfirst into classic country. During his first few years in town, he listened to little else as he developed a three-hour repertoire for cover gigs around town.

Shortly after his interview, Tyson heads down the street to a Brooklyn bar, where he’s performing as part of the bar’s weekend-long celebration of Willie Nelson’s 84th birthday. It’s a tough, chatty Saturday afternoon bar crowd, but Tyson is more than familiar with this type of gig, and he approaches it like an unfazed pro, delivering a mix of hard-driving originals and crowd pleasers with his guitarist Juan Solorzano. By the time they close their first set with a cover of Nelson’s “Shotgun Willie” (“the only Willie Nelson song I know,” he confesses), the crowd has been sufficiently won over.

In recent days, Tyson’s music has taken a hard left-turn from the stylings of Willie and Waylon. He already has half of his new album recorded, and it’s much more introspective, autobiographical, and, unsurprisingly, much less country than anything he’s done to date. Lately, he’s has been inspired by Sun Kil Moon and Father John Misty, songwriters “who just write about how hilariously fucked up everything is.” So now, Tyson says, “I’m actually writing songs that are pretty much 100 percent true stories, which feels good.” 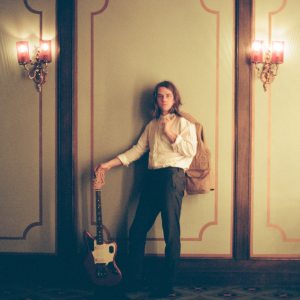 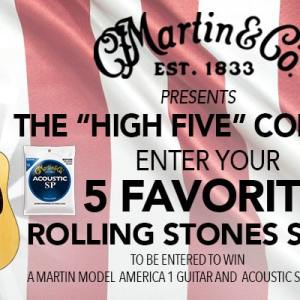