“I barely slept last night because I was just thinking about mortality,” Caroline Rose says, remarkably casually for someone who’s drinking a tiki cocktail out of a cup shaped like a shark’s mouth. Morbid and flippant at the same time, her new album Loner is a look at money, beauty, and the idiosyncrasies of modern life that’s as darkly humorous as the singer/songwriter/producer herself.

Her 2014 debut I Will Not Be Afraid fit firmly into the alt-country category, but she’s left the lap steel and harmonica behind for an approach that’s equally pop and pop art-indebted.

“It’s really just a natural way an artist progresses and changes,” she describes, citing Beck’s reputation for genre-blending as an inspiration. “Time changes you, and you just become different, interested in different things. I got really into producing music, so I was working more on the computer and processing sounds and experimenting with different things and picking up different instruments.”

An MIT-trained architect in a past life, Rose brings a particularly high level of attention to detail to her music. On Loner, she stepped up to co-produce alongside Paul Butler, and she’s already planning to release a newer batch of songs that she made completely on her own.

“There was something unsatisfying about not being able to hands-on build things I was designing or having a part in it in some way,” she says, recalling college. “Creating an idea and just passing it off to someone else is not something I’m interested in. I approach music the same way. It’s hard for me to just write a song and pass it to someone else and hope that they do a good job with it.”

With Rose taking on a bigger role in recording, her songs are undeniably imprinted with her unique spirit.

“I remember somebody saying that they were surprised hearing my older material because it sounded so different from my personality,” she says. “I think I became borderline obsessed with that, with making art that reflects my personality more, but that’s really complex and takes time to develop. I would rather take some time to hone in on my sound and what’s going to be my style and what’s going to be my thing, and I think this is the first record that’s really doing that, that sounds like me and the aesthetic is completely from my head.”

She reintroduced herself with “Money,” led by an anxious, amped-up surf riff that makes as much of an impression as Rose herself does; the single artwork features a photo of her delivering a high kick towards the camera in her signature red Adidas tracksuit, one fist raised.

Not only is her current sound brighter and punchier — recording in California can’t have hurt — but she’s having more fun with the imagery that goes along with it, self-directing her irreverent video for “Soul No. 5” and conceiving herself as an array of madcap-meets-mundane characters in the “Money” clip.

“It definitely brings out the humor in the songs, and that’s important to me, because a lot of the songs are really sarcastic, so I’m really poking fun at myself and the things that I do,” Rose says of her work onscreen. “I think it gets the point across better if I’m playing all the parts and taking the seriousness out of it. All the stuff I’m talking about is serious, but there are so many serious songs in the world, I’d rather find the humor in how fucking absurd the world is right now.”

Rose is quick to bring up women in film and TV she admires, including Greta Gerwig, Lena Waithe, and Jennifer Westfeldt, all of whom have written and starred in their own material.

“I’d love to be making film scores,” she says, noting that she’s also been working on a Twin Peaks-inspired screenplay. “I think music just occupies one part of my brain. Doing anything creative is exciting to me, writing stories. I would love to go into film.”

Readily talking for close to two hours about everything from Ray Bradbury to tortoise migration patterns, Rose might not immediately seem like someone who would call her record Loner. But her singular presence could only come from the keen self-awareness that’s developed by solitude.

“I’ve always been a loner my whole adult life, and I think creative people especially fall into this,” she describes. “I like imagining this contingency of loners that can just sit and stare at a wall for hours and hours but you’re just thinking about things and thinking about life and what could be different, you could be thinking about anything, drumming up songs.”

While she’s certainly come up with plenty of songs to be proud of, her background and boundless enthusiasm suggest that fans will not only be hearing more from her, but watching and reading future projects as well.

“Life is what you make it,” Rose concludes. “You can just fall in line, or you can try something new and do something you find interesting and see where it goes.” 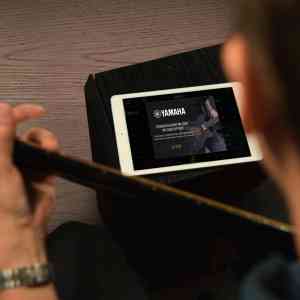 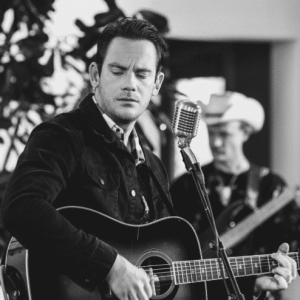