The new record marks a stylistic shift from Rose’s folkier debut, 2013’s I Will Not Be Afraid. According to Rose, LONER is “as much inspired by Justin Timberlake and Britney Spears as it was late ‘70s punk.”

This morning, Rose unveiled the video for her second single, “Soul No. 5,” a bright little starburst of New Wave-style pop sure to cure you of the winter doldrums.

“’Soul No. 5’ was inspired by being catcalled and how weird and kind of funny it is,” Rose said of the tune. “I find the machismo nature of catcallers kind of hilarious, so I thought it’d be funny to act out the part of a cocky catcaller who in reality isn’t all that impressive. Kind of like ‘No Scrubs’ by TLC.”

She adds, “When I originally wrote this song the lyrics were much different, and I’d kind of grown tired of how earnest they were. In fact, the title, ‘Soul No. 5,’ is poking fun at how many versions of this song I’ve done. I also like that it is sort of reminiscent of ‘Mambo No. 5.’

When she conceived of the video, Rose said she envisioned a cross between a ’90s rap video and Napoleon Dynamite. We think she succeeded handily —  but see for yourself, and check out tour dates below. 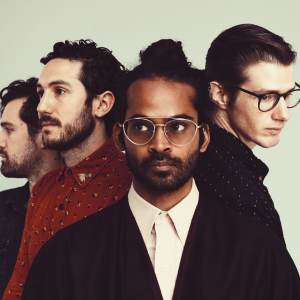