Carolyn Miller was first drawn to country music for its storytelling. The Long Island native has been performing professionally since age 8. She graduated from the Boston Conservatory at Berklee College of Music with a degree in musical theater, which led her into theater, film and television roles on shows like Law & Order SVU, voiceover work for children’s shows, and commercial features for Pepsi, T.J. Maxx.

“I just wasn’t creatively satisfied,” Miller tells American Songwriter over Zoom. “I wanted to always be singing. So in my downtime, I looked for additional creative opportunities. YouTube became a great place to express myself out of boredom. I was sharing only covers which started to gain significant traction. Suddenly I had a fanbase, and there was a demand for original music.”

After connecting with a producer who took an interest in her sound in 2016, she “caught the artist bug.” In the process of piecing together her first EP, Miller visited Nashville once a month for several years, crashing on couches or motels and writing with as many people as possible. Here she became a student of country music, paying close attention to the intricacies that separated Music City from the broader entertainment business.

“I was coming into town as a seasoned performer and professional in show business, but a total novice to the music industry,” she explains. “I knew that just because I released an EP didn’t mean I was going to blow up and become a star, so I held on until it was the right moment.”

She learned that she needed to define herself within the genre, create space for signature sonic approaches that allowed her to shine.

“I didn’t grow up on a farm, I grew up outside of New York City, so twang or too much banjo, fiddle, or pedal steel wouldn’t be authentic to who I am, or my experience,” says Miller. “I worked hard to craft a sound that is country-pop crossover matching my influences between Carrie Underwood, Kelly Clarkson, and Adele.”

Doing shows in the New York area and attending every writers round in Nashville until she built up enough of an audience that her next release wouldn’t “fall on deaf ears.” In 2018, she released her debut EP, Unbreakable. During pre-order it hit No.7 on iTunes country charts, sitting up on the home page next to Kenny Chesney and Chris Lane. “I consider that my artist birthday,” she shares, beaming with pride for her trajectory.

Her strengths from show business translated in profound ways within her music career.

“Because of my background, I love the entertainment factor,” she says. “I really understand the power of a moment in a song or in a live show. You want an audience on this journey with you. I structure my live shows as a musical—opening, closing, intermission, maybe a monologue-styled vocal solo or a costume change.”

Similarly so, she writes her songs with a clear beginning, middle, and end, inviting the listener in to participate in the songstory with their own experiences.

In August 2018, Miller decided to surprise her now-husband with a song on the morning of their wedding. The product, “When I Say I Do Today,” is a deeply personal etching. The lyrics, which read like a love letter, evoke her emotions the best way she knows how. In a signature move, the third chorus drops into a down chorus, exhibiting both her vocal breadth and intimacy of her lyrics before ramping it back up for a dramatic conclusion.

“Surprisingly, it spilled out of me pretty quickly and it became my version of “vows” and what this day meant,” says the artist. “I never planned on releasing it, but those who heard it made me think otherwise. I am so excited to make my love story a permanent part of someone else’s.”

Since she first shared the song on TikTok on March 1, it’s achieved over 1.8 million views. Formally released as a single on March 31, the song debuted on the iTunes Country charts at No.3 and No.4 in the USA, UK, and Australia, and No.19 all-genre.

Her latest single, “Strangers In This Bar,” is another personal track. Co-penned by Miller and Christina Taylor, with production by Frank Legeay and Michael Mechling, the song tells the story of an encounter with an ex in a hometown bar. She explains, “It reflects on the reality that despite years of history, this person that you once held so close ultimately becomes a stranger over time.”

Unlike some artists in town, Miller is equally confident in performing her own songs or cutting others. As she explains, “the best song wins.”

“I love finding my own truth in a song that’s handed to me,” she continues. “My whole life I’ve been given a script,” she says. “When I receive a script, or in music, a demo tape, I see it as a black and white coloring page, and it’s up to me to bring it to life.”

Released in October 2020, “All In” was written by Jamie Moore (“May We All”/FGL, “Chasin’ You”/Morgan Wallen), Emily Landis (“The Good Ones”/Gabby Barrett), and Abby Anderson (Black River Recording Artist), with production by Frank Legeay and Michael Mechling. “Ain’t About That,” penned by Lance Carpenter (Kelsea Ballerini’s “Love Me Like You Mean It”) and Makayla Lynn, this uptempo anthem was recorded nearly a year before she released it last June. Given the context surrounding release in the summer of 2020, Miller is glad she waited to share the relevant messaging.

“I’m a lover of good music and just want to be a vehicle for great songs.”

Miller plans to continue releasing. singles throughout 2021. She was recently announced to join the Barefoot Country Music Festival this summer with Carrie Underwood, Dan + Shay, Zac Brown Band, and more. Keep up with the artist here. 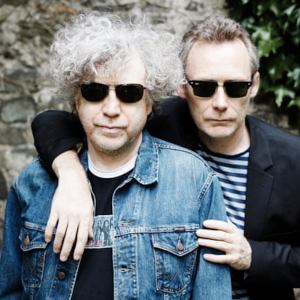 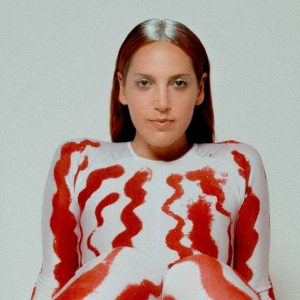