Chavez never intended to take two decades off. In the mid-’90s, the New York City quartet spent a brief but prolific two years in the spotlight. In that time they released two well-received records — 1995’s Gone Glimmering and 1996’s Ride The Fader — of super-charged, melody-heavy rock with a prominent punk and metal influence. Each album, both released by Matador, also featured a corresponding music video aired by MTV’s then late-night alternative video roundup, 120 Minutes, and in the interim, the group made a couple laps around the country.

After that, Chavez mostly went dark. Ten years after going on hiatus, the band played a series of shows to support the release of their anthology, Better Days Will Haunt You. A few more festival dates happened thereafter, but for the most part, Chavez were a band in theory more than they were in practice.

“That was always our thing: We haven’t broken up, we’re just not playing,” says guitarist/vocalist Matt Sweeney in a phone interview. “It was never an issue of ‘fuck you, I don’t want to do this anymore.’ I was really bummed out because we couldn’t get together. Half the band was in California. Me and James Lo played together a little bit in that time, and we played out at least once as a band called Cockfighters. But at that point I was really having a hard time finishing songs. Then we lost our rehearsal space. And when that went away it became almost impossible.”

With the release of January’s Cockfighters EP, Chavez has ended their creative silence after 20 years of recorded inactivity. Featuring three new songs, a couple of which sport melodies that were concocted way back in the ’90s, Cockfighters is both a surprising return from a band that never quite received their due as well as a remarkably fresh statement of purpose. It’s a brief release, admittedly, but that it even exists speaks volumes about the direction of the band. In fact, Sweeney, guitarist Clay Tarver, drummer James Lo and bassist Scott Masciarelli had even reached a crucial breaking point leading up to it: If they were going to continue playing live, they needed more material.

“We slowly descended into just playing every once in awhile,” Tarver says in a phone call from his home in California. “And after a while we had all this material. When we were doing these one-off shows, we kind of got to the point where we thought we should probably release stuff, because we can’t just play old material. And every single time we thought we’d put a new song into the set, we chickened out at the last minute. Finally, it was like, no more shows until we put out some new material.

“At one point I just thought, if I don’t get this out I’m gonna die an asshole,” he continues. “At that point, I thought, ‘I hope people like it,’ but it’s more to just make sure that these see the light of day than for anyone to feel one way or another about them.”

Cockfighters, remarkably, fits in comfortably alongside the band’s material from the ’90s. The triumphant “The Bully Boys,” climactic slow-burner “Blank In The Blaze” and riff-monster “The Singer Lied” all come across as simultaneously contemporary yet reminiscent of vintage Chavez. It’s surprising not just because of the amount of time that has passed, but because of how much each individual player has changed. In particular, Tarver mostly stepped aside from music to focus on a career in film, having written a number of screenplays in addition to working most recently on HBO series Silicon Valley. Yet, on the other end of the spectrum, Sweeney remained a professional musician, doing studio and live work with Bonnie ‘Prince’ Billy, Johnny Cash, Iggy Pop and Billy Corgan’s short-lived Zwan, among many other projects.

It’s because of this work with other artists that Sweeney says he was able to bring more to the table when Chavez reconvened.

Sweeney and Tarver both attribute the unique sound of the band, then and now, to the specific group of people who play it. In fact, whenever the discussion came up in years past as to whether or not it’d be easier to swap in different musicians, the idea was immediately shot down. Not only would a change in personnel mean that it wouldn’t feel like Chavez, it wouldn’t sound like Chavez either.

“It’s what happens when we play together,” Tarver says. “AC/DC used to always have this thing where … their rule was whatever we do, we have to sound like the only band that could have done that. Which I think is awesome.”

“The band is … these guys that play a certain way together,” Sweeney says. “I don’t think we physically can sound different than this.” 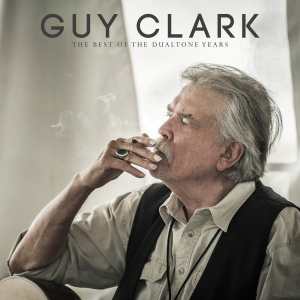 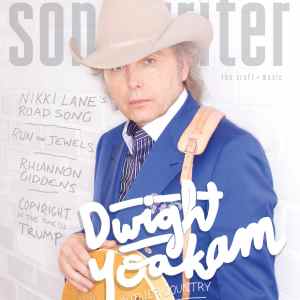