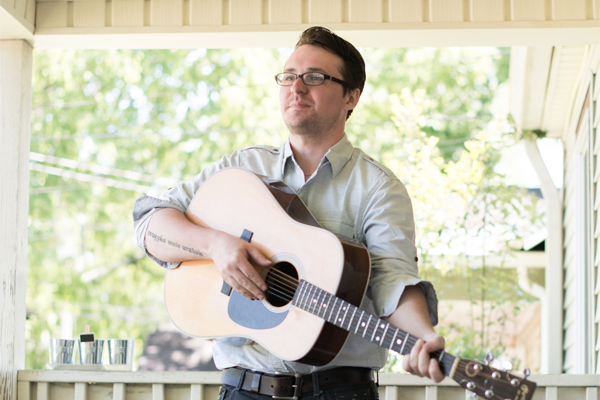 AMBITIONS: Play and write great music, get recognized for it.  Find people who like the kind of music I write.

TURN-OFFS: Being fake, two-faced, mean, rude for no reason,

DREAM GIG: This has been a very good year for the band and I.  If we keep this up, that would be pretty lined-up with my dreams and aspirations. Red Rocks, Letterman, Radio City Music Hall, Ryman, would all be pretty incredible.

FAVORITE LYRIC: Talking Heads – Once in a Lifetime “You may find yourself in a beautiful house with a beautiful wife / You may ask yourself, well, how did I get here? / Letting the days go by, let the water hold me down”

Propagandhi – Gifts “Wake up, coughing, tired, with my face in my hands, / staring at the window as the sunlight demands, action. / All the energy it takes to close these bedroom blinds.”

CRAZIEST PERSON I KNOW: Anyone who drives to 100+, 150+ or 200+ cities per year to play their music to strangers, and try to present it in the best way possible every night.  Proud to be crazy.

5 PEOPLE I’D MOST LIKE TO HAVE DINNER WITH: Not at the same time: Neil Young, Jack White, Ethan Johns, John Hiatt, Aretha Franklin

MY FAVORITE CONCERT EXPERIENCE: Way too many to count.  One of the best parts of being a musician is all the concerts you get to witness..

I WROTE THIS SONG: When I was working for Verizon Corporate as a Network Engineer in late 2011.  I got sent to Buffalo, NY, to scab for their union on strike.  Had I known what I was going to be doing, I would’ve quit beforehand.  It was the most violent Verizon office location in the country, with “incidents” of abuse, firings, and police corruption, although I only had one “security incident”, myself. I was working 56-hour weeks, and I would trade-off evenings looking for a new job in my hotel room, and walking out to a baseball park in the low-income neighborhood to sing and write songs, guitar in tow.  Roam was written about all the things I would do when I got back to my life, and what I hoped everyone was doing while I was getting worked-over.  I left Verizon before 2011 ended. 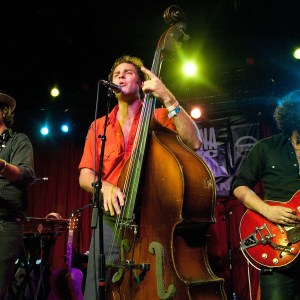 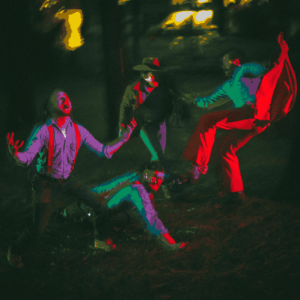