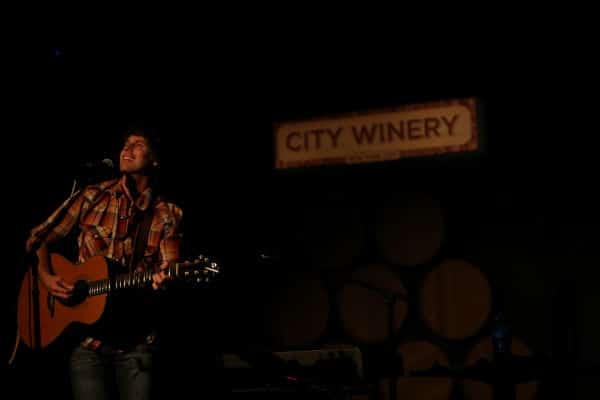 Jesse Terry studied at Berklee College of Music, perfecting his craft before beginning his songwriting career. He has won many of the most prestigious songwriting competitions in the country and garnered song placement in a variety of TV shows and commercials. He is currently on tour; you can check out his schedule here.

AMBITIONS: My ambition is to always be moving forward and to always be getting better as an artist. I really believe that everything else will take care of itself if I continue to focus on those two things. Amazing things seem to happen when you simply make music and stay humble. I’m a huge Steve Martin fan and I think of this quote of his almost every day:

“When people ask me, ‘how do you make it in show business,’ or whatever, what I always tell

them — and nobody ever takes note of it ‘cuz it’s not the answer they wanted to hear…but I always say, ‘Be so good they can’t ignore you.”

Amen. That’s what I’m shooting for.

But here’s the coolest thing; I was looking back at a Daily Discovery I did a little while back and a bunch of the “ambitions” that I wrote about back then are coming true now. I’m starting to headline and open at some of the most gorgeous theatres and venues around America and the UK.. I’m getting some of my tunes placed on TV and Commercials.. And most importantly I’m getting to tour with my wife and pup by my side. I’m making an honest living with my original music and that’s a great feeling. I’ve worked really hard for this career and I’m so happy that things keep moving forward.

We recently finished a West Coast Tour and had the most amazing time.  We played some epic shows and met so many great people on the road. On the way from Oregon to the Bay Area we had a couple of days off and were able to stay in a sweet little cabin in Northern California while we explored the Giant Redwoods and the Pacific Coast. It was freakin’ magic. So yeah, life is pretty damn good. It’s easy at times to miss the journey while you’ve got your eyes focused on “making it” and becoming famous. It’s easy to compare yourself to your peers who might have gotten to one of your dreams faster.. or might have more buzz than you or whatever.. But I rarely think of that kind of stuff anymore. I truly wish everyone the very best in this small little music world we’re in. I’m insanely happy for my friends who have gone on to win Grammy’s, sign big deals and write huge songs. I think we all have our own unique path in this business and I’m very content knowing that. It seems like all of the great career stuff happens organically and in it’s own perfect time. And of course, it all starts with the song, the music and the live performance. I think if you’re out there making music and connecting with people you’ve already made it. From there it’s just continuing to move forward and continuing to grow. And yes, of course I do want to share stages with the likes of Jackson Browne, Jason Isbell, Ryan Adams, Emmylou Harris, Patty Griffin, James Taylor etc. What singer/songwriter wouldn’t want that? But all in good time:) I’ll be ready when the opportunity comes.

This lyric is so good it’s silly – and Jimmy Webb is just scary good at everything. I hope someday I write one like this:

CRAZIEST PERSON I KNOW: It will always be my wife. She’s not afraid to jump out on a ledge with me. Nobody has ever believed in me more than her.. Even when I had negative dollars in the bank, she still believed in me. That sounds cliche but it’s true. She has always, always supported me and is the only reason I can do this. We left home in early May to tour and didn’t sleep in our bed again until late July! Tomorrow we leave for another ten day tour. That could be called a tad “crazy”. But the journey is beautiful and I know she loves it too. There’s never a dull moment out here.

A little while ago, some jaded person on FB told us that we were foolish for what we were doing; essentially that my wife was crazy for quitting her day job and coming out on the road with me full-time. And trust me, it was financially difficult and stressful for quite a while. But I’m so proud of my wife for persevering and believing in both of us. She found lots of side jobs to do on the road.. mobile based work like graphic design, book-keeping, marketing and even a bit of PR. And then one day, totally out of the blue, she was offered a full-time mobile position with this awesome company. She was only offered the position because she did such impeccable work on all of these smaller, part-time jobs. It was no accident that she landed the mobile position. That’s just how she operates. So now, she is working away next to me on her lap-top as we’re cruising down the highway.. or she’s working in a little cabin tucked away in The Redwoods while I’m writing a new song.. or she’s working at a venue in the green room while I’m writing out my set-list. Some might call that crazy. I would call it crazy beautiful.

Yup, these are some pretty amazing lines.. And I love how the lyrics are like these long, cascading run-on sentences.. One of my favorite songs/melodies/lyrics ever.

In the calling out to one another

Of the lovers up and down the strand

In the sound of the waves and the cries

Of the seagulls circling the sand

In the fragments of the songs

Carried down the wind from some radio

In the murmuring of the city in the distance

And the far too simple beauty

Of the promises we made If you ever need holding

Call my name, I’ll be there

If you ever need holding

And no holding back, I’ll see you through

5 PEOPLE I’D MOST LIKE TO HAVE DINNER WITH: ​James Taylor, Emmylou Harris, David Geffen, Jackson Browne and Ethan Johns

MY FAVORITE CONCERT EXPERIENCE: When I started learning to play the guitar I’d get an extra large Dunkin’ Donuts coffee every night and practice James Taylor and Beatles songs until the sun came up. I was obsessed. One 4th of July I remember going to see James Taylor up at Tanglewood in Massachusetts. It was a perfect summer night under the stars. There were generations of families crowded on blankets together, drinking it all in, captivated and transformed by the music. I knew the look and the feeling well. I’ve seen James perform so many times but I think that night at Tanglewood was the most meaningful JT concert for me. I knew I wanted to grow up and attain the magic that James so effortlessly wielded. It was even more impressive that he was able to captivate that entire crowd with just his guitar and his vocals. He showed me the power of a great song. If the power of a truly great song is coupled with pristine emotion, playing and singing it’s really an incredible force of nature. Almost a divine force.

I WROTE THIS SONG: When my wife was working in New York City, she sent me this amazing blog post called “The Opposite of Loneliness”. http://yaledailynews.com/crosscampus/2012/05/27/keegan-the-opposite-of-loneliness/​

This brilliant girl Marina Keegan wrote this piece for her graduating class at Yale and then tragically passed away five days after her graduation. This blog stopped me in my tracks. I can honestly say it changed my life and my whole perspective. It made me weep and feel absolutely fearless, all in the same moment. I was inspired to write a song in honor of Marina and in honor of her message. I finished the song on a trip to New Zealand while visiting my family there. I initially resisted, but my wife and my New Zealand family all encouraged me to film the song and send it off to Marina’s parents. Her parents have both been so amazing to me from day one.. I’ve been lucky enough to meet them at shows and perform this song for them live. I’m just one of the many, many people that Marina touched in her life. A collection of her stories and essays was recently published and the book became an instant New York Times Bestseller.(http://www.amazon.com/The-Opposite-Loneliness-Essays-Stories/dp/147675361X) It was no surprise to me. It was an honor to write this song for Marina and dedicate my latest album to her. I never had the chance to meet her in this life, but I feel like she’ll always be a positive force in my world.

When I’m feeling down-trodden, small or discouraged I remember her words and it instantly brings balance back to my life:

“What we have to remember is that we can still do anything. We can change our minds. We can start over. Get a post-bac or try writing for the first time. The notion that it’s too late to do anything is comical. It’s hilarious. We’re graduating college. We’re so young. We can’t, we MUST not lose this sense of possibility because in the end, it’s all we have.”

Those are words I can live by. 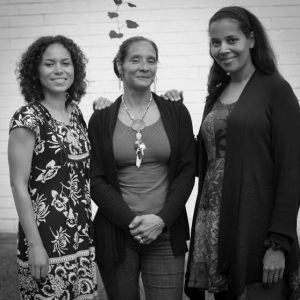 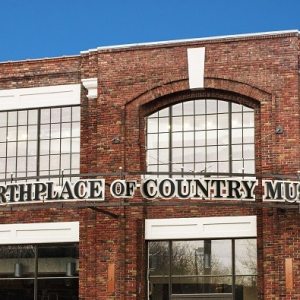