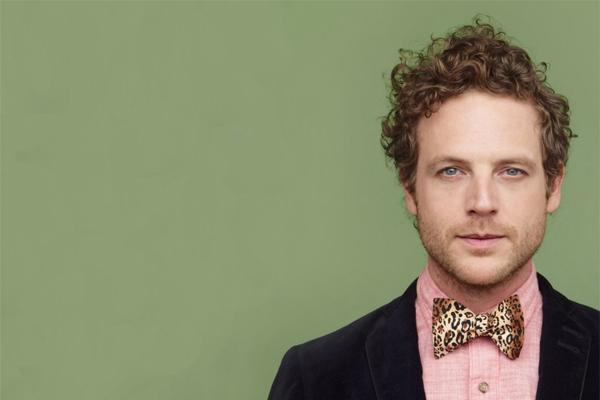 It should be no surprise that the son of a mortician would make music with an appreciation for the absurd. “I’ve seen a lot of dead bodies,” says Korby with a sparkle of mischief. “I remember lots of times as a little kid waiting in the embalming room for my dad to finish filling someone with formaldehyde so we could go to the park and eat KFC.”

It makes sense then, that Korby’s brand of folk-pop is a quirky, lighthearted take on life’s more somber themes. This is especially evident in “My Little Life,” a witty celebration of unrealized dreams.

“My Little Life” was given the top honors at last year’s prestigious Kerrville New Folk Competition and will be included on Korby’s eponymous forthcoming album, produced by Tim Lauer.

Nashvillians can catch Korby this Thursday August 1st at The Basement.

CRAZIEST PERSON I KNOW: I thought about this for a long time and honestly the craziest person I know is this friend of mine named Stel News. I don’t know where he is right now–Seattle maybe? We’ve lost touch. I knew him because we were in the same music scene in Bellingham, Washington for about 8 years. He was in a band called Foot Stompin Trio and I was in a bluegrass band called The Barbed Wire Cutters. Stel had a thick shock of red hair, combed back, and one of the most original, true and powerful voices I ever heard. He was kind of fat. And he was a really good guitar player.

Anyway he was crazy because he would say anything to anyone, without thinking about it. A lot of times he was hilarious, and sometimes he really pissed people off. I remember one night I watched him get punched in a bar so hard his tooth went completely through his lower lip. He walked around for two weeks with this centimeter-long gash below his mouth. I’m not making this up.

He was the funniest person I ever knew. When he was in 10th grade he got in a bad bike crash on the way to school and totally knocked his two front teeth out. They couldn’t put them back in, so ever after, Stel had this insert he put in that looked like two front teeth…Over the years we made a lot of music together–and eventually we got serious about it and made a record of bluegrass gospel songs (“David Goliath’s Old Time Gospel Hour” [it’s up on iTunes now I just checked]). We made it in the summer or 2005 at my house in Bellingham.

Anyway, I remember the first day we were recording vocals, we got through about 4 songs. He went home for the day. The next day he shows up, and his front teeth are missing. I’m like, “What happened to your teeth dude?” and he tells me how he came home from this bar and passed out on the floor of his apartment, and when he woke up in the morning his teeth were gone. The shitty part was that he had this new whistling lisp and so he couldn’t sing. It sounded so weird, like a Leprechaun singing. We talked about it for awhile and decided that he probably swallowed his teeth. So we called off recording for a day. Several days pass and still no teeth. They never show up.

Eventually Stel learns how to sing without them. We make the record and for the next six months we tour around the Pacific Northwest, playing in churches and bars and Stel has this amazing inch long black gap in the middle of his mouth. It scared people. He was so talented. Man I miss that dude I need to look him up.

I WROTE THIS SONG: with Megan McCormick, one afternoon in Nashville. We wrote it on guitar and later I started playing it on ukulele. It was much better on uke. That song has helped me a lot in hard times in my life, has helped me just maintain a good attitude even when annoying things were happening. Living in Nashville is a little crazy, because you feel like, if you’re not one of the 15 or so bands that are really getting attention, you’re nothing. That kind of perspective can really mess you up….anyway, we wrote My Little Life to just remind ourselves that life is beautiful and to not take things for granted and to just enjoy the place we’re at right now in this moment. 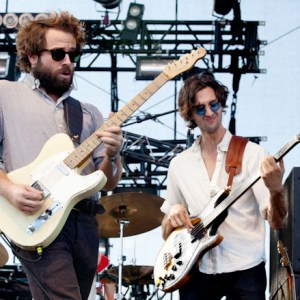 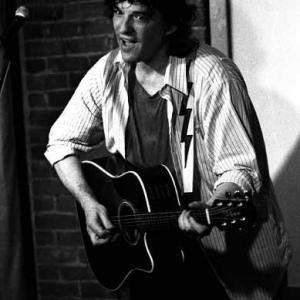