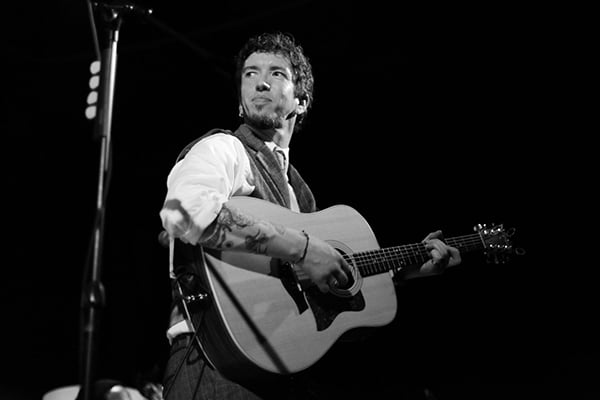 SONG: Fill The Ocean With A Hose

AMBITIONS: My songs are about normal people going through normal things, but I hope that I can put the words to what they’re going through and give a little hope, or direction… The scene in When Harry Met Sally when Marie quotes something Jess wrote and he says, “You liked that? I wrote that!”? I’m hoping someone, someday quotes a lyric back to me that helped them out of something and I can say, “I wrote that!” LOL

TURN-OFFS: People that lie… I catch you in a lie and we can never be the same. Also people that are arrogant to presume to know better than you about your own life (“You know what you should do…?” – No I don’t, but I bet you’re going to tell me!)

DREAM GIG: There are bigger venues in the world, but I can safely say I’ve dreamt about filling First Avenue in Minneapolis ever since watching Purple Rain… It’s still in my sights.

FAVORITE LYRIC: “Did you write words that you could sing, but barely stand on”, What I See by Rose Cousins – When I get to this line when I’m driving it’s the one that I sing so loud I have other drivers stare at me

CRAZIEST PERSON I KNOW: Gary Morrison was my drummer for 6 years and in that time I swear he took me to places I never thought I’d go… We sneaked in to a venue he worked at to borrow mics to record and fell out on to the stage while a Cream cover band were performing – That life was normal to him. He passed away 2 years ago and I’ll always be sorry I didn’t get to share a stage with him again.

SONG I WISH I WROTE: Nobody’s Baby Now by Nick Cave – Somebody could hum it in a noisy bar and I’d hear it.

5 PEOPLE I’D MOST LIKE TO HAVE DINNER WITH: Jennifer and I were just talking about this – Neil Diamond, Tom Petty and Mark Eitzel for the songwriting banter (And Mark will also bring great beer!.. Like I know him that well!), the godfather of punk, Terry Hooley (Because he’ll never run out of things to say) and Billy Connolly. How could it go wrong?

MY FAVORITE CONCERT EXPERIENCE: There are many, but the one that completely changed who I was as a songwriter was opening for Luka Bloom in 1991 at the Limelight in Belfast. He was just one man and one guitar and he had the usually boisterous, Belfast crowd in the palm of his hand. When he sang in a whisper there wasn’t another sound, not even a click of a glass. He took me apart that night.

I WROTE THIS SONG: I wrote this song after I discovered that someone had been manipulating me – taking me for a ride – and all I wanted was for Jennifer and I to be left alone to make our own decisions. I realized that without other people holding us back we could do anything we wanted. I didn’t craft the lyrics with that much purpose… It was one of those ones that just seeps out. Suddenly I was staring at a page filled with the things I hadn’t been smart enough to say intelligently out loud. 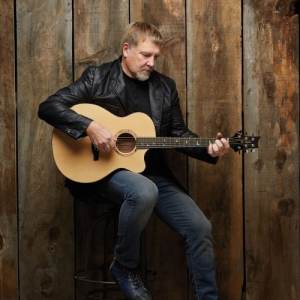 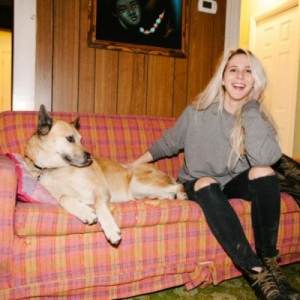