Over the last twenty years, almost every guitar player has played through a Fender Hot Rod series amplifier at some point. They have been seen on countless live stages, and have been one of the most requested and supplied backline amps since their introduction. For 2018, Fender decided to make the move again and revisit their most popular line of amps by introducing the Hot Rod Series IV, with new features that set this line apart slightly from its predecessor, while keeping the same – now in many ways – classic design.

The Hot Rod Deluxe Series IV is constructed around a Pine cabinet, which reduces the weight of the Hot Rod Deluxe to 41 pounds – four lighter than the series III. One of the larger drawbacks of previous Hot Rod amplifiers was the speaker selection. Many claim the speakers in older Hot Rod amps to sound too harsh or unrefined, while there are still some who prefer the garage-like raunchiness. For the Series IV, Fender chose to equip the amps with a Celestion A-Type speaker, an American-style 12” 50 watt driver with a Ceramic magnet that produces a calm midrange and sparkling highs.

Fender Hot Rods may also be such a popular gigging amp because they hardly need to be miked up. The open back construction of the Hot Rod Deluxe and DeVille give the amp a surround sound on stage, and their notable midrange pushes sound to the back of the room. This of course continues in design with the HRD IV, and through R&D and consumer feedback, Fender has continued to sweeten the Hot Rod’s frontward tonal perception – straying from harsh while still being a loud, easily projecting amplifier.

On the control panel, the layout is still the same since the original Fender Hot Rods, and Fender has kept the black top panel from series III, but are now stocked with white chicken head knobs for clearer view of the amp’s settings. Footswitchable options are still channel selection and “Drive/More Drive” selection. (The Blues Junior IV features footswitchable reverb.)

The clean channel is known for pedal friendliness. On the HRD IV, the clean channel has an improved compression and response, further complemented by the new A-Type speaker. The clean channel is plenty bright without being too, shall we say, “ice picky”. Do experiment with the Bright switch set on, and do not fear the -6dB Input 2! Using Input 2 with hotter or active pickups expands your guitar’s dynamic range, by not pumping too much signal into the front end of the amp. Sure, active pickup users may not predominantly lean towards Fender Hot Rods, but it is an extension of the amp as a tool capable for more than the classic rock flashback bar gig!

I speak for myself and likely many a guitar player when I say that past model Hot Rod drive channels are notoriously loud before they’re turned up! Series IV, like Series III however, has a much smoother taper when turning the master knob (drive channel volume) from 1-4 (Remember, these amps go to “12”). Strange enough, the drive level takes a big jump from 3.5 to 5. The “More Drive” setting still has a pleasant low cut/mid boost – perfect for taking a jump into a solo, or setting the amp so the bass response comes more so from turning up or playing in a room, and not sounding overly low-end heavy or muddy from the start of the signal path.

The Hot Rod Deluxe has been favored among other combos in its range for its price point, ease of attainability, and familiarity from one guitar player to the next. Series IV continues to allow any guitarist at any skill or performance level tube Fender tone at a moderate price. 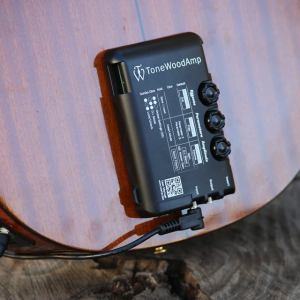 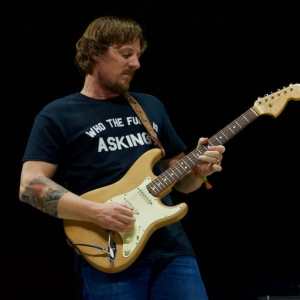