As the pandemic closed down the world, Giant Rooks were determined to play their 2020 debut Rookery live. Packing up, and driving to Brandenburg, Germany the band—singer Frederik Rabe, guitarist Finn Schwieters, bassist Luca Göttner, keyboardist Jonathan Wischniowski, and drummer Finn Thomas—recorded and filmed live, stripped back versions of all the tracks on their debut for Rookery Live.

For the Giant Rooks, formed in Hamm, Germany in 2014, and releasing three EPs prior to Rookery, including Wild Stare in 2019, their debut album was a slower work in progress with the band playing nearly 400 shows in the past several years to refine their sound. Filtered through hip-hop beats and dreamier pop soundscapes, the songs of Rookery explore one’s place in a world of unrest.

Locked down and antsy, the band wanted to play their new album, and began reimagining new versions of each track. After playing virtual “Bedroom Shows” for fans in Mexico, Istanbul, London, and Berlin via Zoom, they started rehearsing new renditions of Rookery songs in a more stripped back style.

“It wasn’t a very intense process, but it was very difficult to break the songs down since the studio versions sound so huge, and we have so many instruments, so many synthesizers and guitars, and 500 tracks,” says Schwieters. “So it was really about breaking it down to four vocals and five instruments.”

Rabe adds, “During the process, we realized that it’s not possible to play these songs in the same style, so we had to redo all the arrangements. They are all new songs now.”

Of the 12 originally Rookery tracks, the band reimagined all but several tracks leaving out “Very Soon You’ll See,” “Rainfalls,” “Misinterpretations,” “Silence,” and “Head by Head.” Pulling back the songs, “Heat Up” and Rookery closer “Into Your Arms” were two of the more difficult for the band to rerecord, the latter going through three or four versions before the final cut.

“We have this produced version on the debut album and thought it’s not possible to play it with fewer instruments and bare bones,” says Rabe, “so we came up with three or four different versions in every style, in country, folk, soul, and R & B versions.”

Schwieters adds, “It was not the same song anymore. It had new chords, new melodies, maybe just some of the lyrics. Everything was different.”

On Rookery, the essence of the original versions of songs is still intact for the band, says Schwieters, despite their live reimaginings. “It’s still cohesive like it was before, but just a little different,” he says. “What’s interesting is that they sound so different, and they feel so different, but it still feels familiar.”

The one thing Giant Rooks never want to do is repeat themselves in songwriting. “All the new songs that we wrote in the last year since record came out are more R&B, and soul driven—so very different to ‘Rookery,’” says Rabe. “It’s the whole process, and we are still young. We don’t like to sound like any other indie band from 2000s or specific hip-hop artists. It’s a nice mix of everything, and we enjoy changing the structure every time.”

Another factor in their constant flux is that they are always writing songs, which typically start with a piano riff. Once the structure is in place, lyrics filter through. Prior to the interview, Schwieters says the band had a very “magical moment,” when they started playing a piano riff, grabbed our instruments, and pieced together a song.

“In previous years, we wrote maybe one song a month,” says Schwieters. “Now, we can write two songs in a week. Sometimes you think if you write more it’s difficult to tell a new story, but it’s the opposite. It’s easier.”

This fall, Giant Rooks will get back on the road, for a previously postponed tour during the pandemic, supporting German band Milky Chance in North America. In the meantime, they’re working out of their house, where they’ve got a cozy office, rehearsal space and studio. “We are really grateful to play music and record music right now,” says Rabe. “To be able to have this room and this structure, and this great team. Despite everything, it’s quite a good time for us right now.”

Following a year in lockdown, the storytelling has shifted Giant Rooks to more life experiences.

“For us, it’s exciting to tell more like universal stories,” says Schwieters. “Don’t tell a lockdown story, tell a story about love about death… and about life itself.” 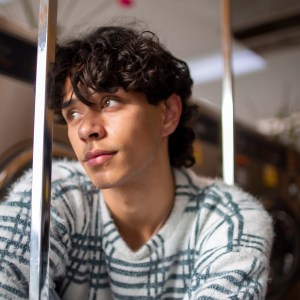 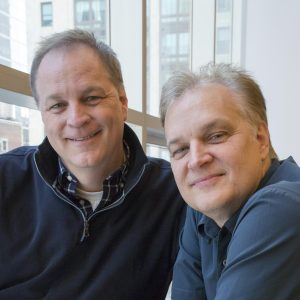