Humming House is a standout live act that loosely interprets the label of a “folk” five piece band. They embrace Nashville’s eclectic music scene where we treat popular Lightning 100 artists with as much respect and enthusiasm as anyone playing the Ryman.

For all their Nashville influence, you can trace the beginning of the band back to the West Coast where founding member Justin Wade Tam is from. “I grew up in San Diego, and I was in a little high school band,” Justin explains. “A friend who used to tour manage for The Beach Boys said I should come to Nashville.” That suggestion led him to research schools, and he came across Belmont’s music business program.

Justin used his time at Belmont to dive into the business side of the music industry, however, after completing his degree he realized “what I liked most at the end of the day was finishing a song.” With that drive he formed a duo with a friend, and they went on the road for three years booking their own shows, doing promotion, and performing.

Unfortunately the road life didn’t last forever, and Justin ended up back in Nashville with an industry job, this time working as a production manager for the popular music series Musicians Corner. His creativity took over once again, and with a batch of songs unrecorded, he went into the studio to record “Gypsy Django” with Mitch Dane. That session is what Justin labels as the “turning point” that brought him back into music, and also “what started Humming House.”

With his mind set on making a record, Justin needed musicians. He was already surrounded by many in Nashville, and some even ended up playing in his house as part of a Celtic jam session. “We used to play Irish pub tunes, just for the hell of it, because why wouldn’t you? [laughs],” Justin says. Through those sessions he added Josh Wolak on mandolin, and the other members fell in from there. “We cut a record and realized after that it was more of a band project than a solo project,” he notes. “The record sort of birthed the band.”

A trip to LA helped open some doors for the newly formed group. They filmed a video for the song “Gypsy Django,” which gave them something to show potential members of their team. “Honestly it was that first music video that gave us a vision for what would become Humming House,” Justin notes. It also provided a unique opportunity for a feature on NPR’s All Things Considered because there was a reporter doing a story on the DSLR camera used for the video shoot. Having a standout video and radio feature early on in their career helped them significantly.

When pressed about how they would categorize their music, Justin says “we describe ourselves as a folk band,” but emphasizes the inclusive nature of the genre. “We tend to jump around a lot, and when we’re prioritizing the song instead of the genre, it allows us to do a song that’s totally Celtic influenced, to do a song that’s indie rock influenced, then a song that sounds a little rockabilly, and then a folk song that has some bluegrass and country influences.”

What really makes a song their own, is all of the members of the band contributing to it. “I think what makes a song a Humming House song is the arrangement process,” he notes.

Since their first success in LA, they have toured a hundred dates a year including opening slots for Kacey Musgraves, released a live album, and released another full length album this spring called Revelries. It’s an important release for the band, as it’s the first with all five members on it – Justin, Josh, vocalist Leslie Rodriguez, bassist Ben Jones, and fiddler Bobby Chase. It’s also the first release where they’ve had a full team behind them for support.

One of their team members is Brooke Primont at the publishing company Razor & Tie. As the Senior VP of Synchronization Licensing, Brooke was introduced to the band through Razor & Tie’s joint venture with Music City Unsigned, and says she “was an immediate fan [of Humming House]. I loved the band and the vibe, and I thought we could get some licenses going for [them].” So far they’ve been successful, with placements on the CW show Hart of Dixie, and some others currently in the works.

Another new part of the team is Rock Ridge Music, a Nashville based record label. They impressed one of the co-owners and President, Cynthia Cochrane, when she saw them on a music cruise. Like many fans, what sold her was the live performance. “I was blown away by the energy and passion of the performance. It was always a standout set,” she says. The chemistry in the band and the fact that they were all enjoying performing were also elements that stood out to her. “To see the reaction from the crowd made me see how special they were,” she notes.

Justin also cites producers Mitch Dane and Vance Powell as influential people in the band’s career, as well as Musicians Corner executive director John Tumminello who has always been supportive of local music.

With a sold out show at 3rd and Lindsley completed, more tour dates on the books, and a new album of songs to play, the band is certainly headed for more success. 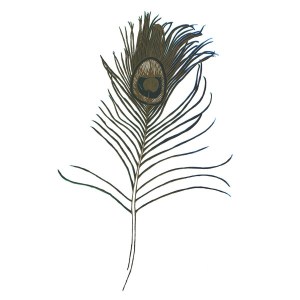