Airpark are a Nashville indie rock duo made up of brothers Michael Ford, Jr. and Ben Ford, both formerly of Apache Relay.

In Apache, Michael and Ben played over 300 shows, and toured with artists like Mumford & Sons, Jenny Lewis, Johnathan Rice and Trampled by Turtles. Their music has appeared in films like The Way Way Back and Safelight, and the FX show Legit. Apache Relay’s previous single, “Katie Queen of Tennessee,” reached over 6.4 million streams on Spotify.

The brothers put together a guest blog for us, which you can read below.

I don’t know how much of it is genetics or being exposed to the same things at the same times over a decades long period, or simply a coincidental similarity in our perspective of the intricacies of music making and music worship, but there is some kind of creative alignment between us. It feels less mystical and more learned and I think when you spend as much time together as some siblings do, it just happens. We’ve already gotten all of our fighting out, no time or energy for that. If we disagree, we just say it. Feelings don’t get hurt; the problem just gets addressed. It’s quite liberating in a creative environment and very hard to come by.

With this first release, we went intentionally minimalist with both the instrumentation and production. It felt like an approach we had never taken before in past projects and we really liked the idea of letting limitations inform the overall aesthetic. Lyrically it’s more dense, and there’s also a lot of attention given to groove. We were turned on to some really quality World music (Tinariwen, Lijudua Sisters) and some lyrical heavy hitters (Nick Cave, Cass McCombs) over the past four or five years, and I think those influences probably/hopefully crept in. The title’s a bit cheeky but so are we. We’re happy with it and feel that it doesn’t sound like anything else coming out of Nashville right now.

It’s been over a year since we’ve been on the road. It feels like it’s been 10. We felt it was important to take some time to assess what we wanted to do musically, what this new thing was gonna be. That being said, we’re super eager to get back to touring. You really start to realize how ingrained the wandering act becomes in its absence.

Even the stuff that bothers you in the moment on the road, you start to miss. Shitty hotel coffee in the lobby, drinking a huge terrible beer in bed at 2 a.m. watching a rerun of Die Hard. There’s also a very communal aspect to tours. Most times you bond with folks in very real and fast ways. It’s the familiar-faces-in-foreign-places effect. Conversations take place that otherwise never would have.

Johnathan Rice was very enlightening to tour with. He imparted more wisdom on us than he probably realizes. He’s a wonderful and mystical being. The Mumford guys kindly introduced us to very, very nice scotch and the regular post-show jam ritual. I’m pretty sure the Wild Feathers boys took a few years off our lives but it was worth it.

This upcoming tour is in support of our debut EP, Early Works, Volume 1. It will hit most of the northeast and we’ll follow it up with a southeast run in April and May. Reader, yeah you, come hang with us.

AND FOR OUR NEXT TRICK…

We plan to release a follow up EP (Early Works, Volume 2) in the late Summer/early Fall with all the touring we can possibly fit in. Recognizing this is a new project, it’s really important to us to keep up a steady flow of material that’s digestible in size. The LPs will follow but for now we’re liking the EP format and the quicker pace that comes with it. 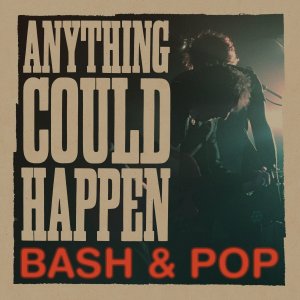 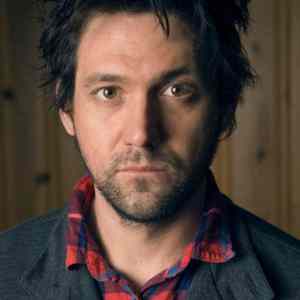