Years ago, I whispered a one-sentence prayer just before walking on stage: “God, turn my songs into arrows.” I wasn’t sure why (maybe I had just seen the movie Braveheart), but I had this image in my mind of songs flying into the audience one after another. An arrow has a finite focus, and when shot by an expert marksman, it hits the bullseye of the desired target. My desired target was the heart of someone in that crowd who needed a message of hope, a reason to rejoice, freedom to believe in second chances, or comfort in the middle of grief. Looking back, that one-line whispered prayer was this songwriter’s hope that a lyric or melody might leave someone thinking, “I needed that. That song was for me.”

The irony is that I’ve spent much of my career in Nashville with a broader aim. Like so many writers on Music Row, I try to write songs for the masses. Forget deep cuts. I want the radio single that makes the whole world sing. I know a music publisher whose voicemail recording says, “Leave a message and remember, cuts are good, but singles are better!” Hits are how we measure a writer’s success. Reaching No. 1 is the Everest every songwriter hopes to climb, and I feel very fortunate to have reached that summit a handful of times. We don’t throw No. 2 parties, do we? I’ve never received a plaque celebrating track No. 9 on a record. And streaming has only placed more pressure on writers and artists to have the big song.

But with one message on social media years ago telling people I wanted to hear their stories, everything about my approach to writing changed. The stories of people’s lives rolled in by the thousands. I took them with me to a cabin south of Nashville and spent several weeks reading every single one, and the most amazing thing happened: I felt freed from the pressure of writing a hit and intent on writing a song for Renee from Florida who lost her daughter in a drunk driving accident. For Tonya, a single mom working two jobs and raising three kids. For Conner, the victim of middle school bullying, and for Jordan who battled addiction and was putting his life back together. Story after story inspired song after song.

In the past, I might have skipped past a story or a topic like any of these because they lacked widespread appeal or commercial viability. But being faced with an honest letter from someone out there who trusted me enough to let me see inside their story made writing a musical letter back to them feel important, necessary even. I realize now I wasn’t just writing a song, I was crafting an arrow. And here’s the crazy thing: Some of those songs from the cabin have gone on to be some of the biggest commercial hits of my career. Imagine that! The more finite my focus became, the more universal the impact turned out to be. I left that cabin convinced that a song doesn’t have to be a hit to be worth writing. I’ve had hits, but these days I want more than that. I want arrows.

I still whisper that prayer before stepping on stage or into a writer’s room with the gifted writers and artists who invite me to be part of their creative process. I still collect stories, too. Stories like Ron’s. After a three-year battle with amyotrophic lateral sclerosis (ALS), he was put into hospice care. Every morning, he asked his nurses to play my song, “Strong Enough.” I smiled when I heard this because that song was an arrow for Tonya, the single mom whose story I read back at the cabin. Now, it was an arrow for Ron in the middle of his fight against a disease with no cure. We met on a Zoom call, and I sang his favorite song. A few weeks later, I got the call that Ron had passed away. I felt compelled to write, but not a song for the masses. Just a song for Ron.

But smiling through a phone call he said, “Let me tell you friend,

The tears and laughter shared with Ron’s wife and daughters as they listened to a song inspired by their beloved husband and dad convinced me once again that chart position and streaming analytics can’t tell the full story of a song’s impact. Some songs make the whole world sing. And some just shoot like an arrow to a heart that needs it most. Some reach far and wide. And some just hit deep. All I know is that this songwriter found a greater purpose to write every day when I finally discovered the power of an arrow. 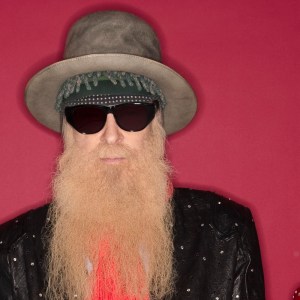 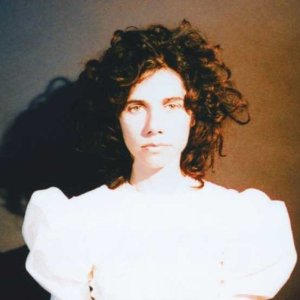