Seattle-based singer-songwriter Kris Orlowski released his debut album Believer in 2014. He supported that album with multiple national tours (Jamestown Revival, Ivan & Alyosha) and found song placements on primetime television (Grey’s Anatomy, Tomorrow People, Hart of Dixie).  Kris and his band are currently recording their much anticipated sophomore album. Here, he offers his thoughts on the art and business of co-writing.

I was writing songs for 10 years before I considered the idea of co-writing. Songs didn’t always come to me in an afternoon. My initial thought was, “how could I write a song with someone in 5 hours that I would sing for the next 5 years?” Since then, my thoughts about co-writing have changed.

In February 2014, I signed a publishing deal and the world of co-writing came into focus. It seemed that publishing and songwriting could be more of a team sport than I had anticipated. In February 2015 I went full time with music. Since signing my deal, I’ve completed 25+ co-write sessions with various writers and artists.

I‘ve noticed a gap in information about co-writing and decided to write an ebook to pass on some of the basics I’ve learned. Here are the cliff notes:

WHEN AND HOW CO-WRITING HAPPENS

Many full-time songwriters are based out one of the three major music cities; New York, Los Angeles or Nashville. Living in Seattle means that I’m often flying into Nashville or Los Angeles for 1–2 weeks to write with others. For folk and country genre co-writing, Nashville is the place to be. The city runs on music, with an infrastructure and lower rents that have created a thriving eco-system of songwriters. Co-writing is a part of the community’s DNA — welcomed instead of hidden.

How Do Sessions Happen?

My co-writing sessions have occurred through my network and my publisher’s network. In a some cases, I’ll connect with a songwriter I know in town, or my manager will get a request from another songwriter to work with them. In most cases my publisher arranges the sessions.

Who Do Co-Writes Happen With?

Cowriting can be two, five or a room full of songwriters. Some people specialize in topline, lyrics, beats, production, melody, or arrangement. A “topline” writer describes someone who writes the vocal melody and lyrics over top of a musical arrangement.

Where Do Co-Writes Happen?

I have been in varying places for sessions; one of the co-writer’s houses, practice spaces, studios. I have even had success co-writing in different countries through Skype. Sometimes sessions happen during the middle of a recording project for a bigger name artist, or at a co-writing camp put on by an performing right organization, publisher, or label. Specifically at the co-writing camps, multiple songwriters and producers come together and are paired up throughout the week to collaborate on certain topics, genres or types of songs.

Why Do Co-Writes Happen?

It can vary based on your goals. Most often, sessions happen with the intent of building out a writer’s licensing catalog, fulfilling a sync request, writing for an outside artist or writing for one of the co-writer’s albums.

BENEFITS OF CO-WRITING FROM A PUBLISHER’S PERSPECTIVE

One of my favorite folks that just finished her tenure at my publishing company’s (SONGS) A&R team is a woman named Katy Wolaver. When I asked Katy about the benefits of co-writing, I found her answer a little surprising. It reminded me that there is more opportunity and potential in a session than whether or not you come out with a song. Here’s an excerpt:

“I love when my writers co-write. One because I think the unexpected can happen in those creative spaces….and sometimes those magical, special songs are a result. Secondly, I love the opportunity to collaborate with other publishers and come up with the best strategies for the songs that are created out of the co-writes. Co-writes allow you to broaden your horizons and your network of people in the industry. A lot of what happens in our world is due to being in the right rooms at the right times, meeting the right music industry folks and of course, by continuing to perfect your craft.” — Katy Wolaver, Former SONGS A&R Publishing

CO-WRITING WITH PANIC! AT THE DISCO

One of my favorite people in Nashville is a full time songwriter named Aron Wright. I had a chance to ask him a few questions about his experiences with co-writing. One thing I was interested to hear more about is co-writing for major artists. In Aron’s case, I asked how he had an opportunity to write a song for Panic! At the Disco’s upcoming album.

“I think one of their A&R guys, Evan Taubenfeld, heard one of my songs playing in the office and thought it was cool, so he started sending me tracks to topline (sing words and melody on) as co-writes for various artists. Most of the time I would just do a section of the song and turn it in, then the artist and other writers get together (if they like it) and finish the song and make changes if necessary. Panic liked what I did and made it their own, which was an unbelievable experience to take part in. I’ve never met any of them, although I would love to.” — Aron Wright, Songwriter

Co-writing can feel like a risk. Songwriting is personal for me, and sharing my feelings or letting someone into my process leaves me vulnerable. Writing a good song can be really hard, and not every session I’ve been in has yielded results. However, there are so many advantages to writing with others that it outweighs my doubts and insecurities about a session. Even if co-writing doesn’t sound like your cup of tea, it’s worth a try. I’ve gained new perspectives, friendships, writing techniques and have come out a better songwriter on the other side.

Are you a songwriter curious about whether co-writing is for you? Curious to know the tips and tricks I use before and during a co-writing session? Looking for advice on how to get started in co-writing from a publisher or full time Nashville songwriter? Check out more of my thoughts on co-writing here. 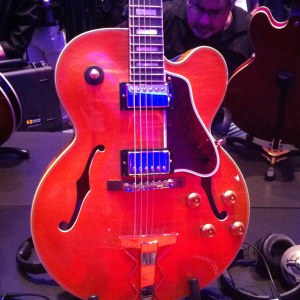 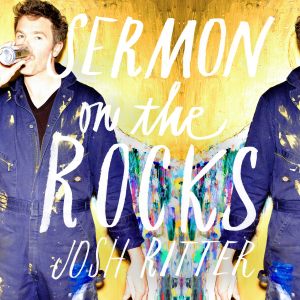