By Laura B. Whitmore

Looking back, my co-writer Jenna Paone and I didn’t really know what we had gotten ourselves into. When we conceived of an album written entirely to energize and inspire tween girls, we just jumped right in and wrote from our own experience and passion. But as the project progressed and the interest for the project increased, we realized that not only did we have something special on our hands, but we also had to be very thoughtful in how we conceived of the elements of the project and how to bring its many elements together in a thoughtful way.

But perhaps I am getting ahead of myself. First, a bit about this project, Girl, the album. It’s a collection of fun, girlicious pop songs that Jenna and I wrote, but that are being performed by a variety of different singers and instrumentalists. When we started out, there was no #metoo. No women’s march. No time’s up. But as the project progressed and the national conversation grew, we knew we were on to something.

Writing so strictly to a theme was new to both of us, though, and we sure learned some lessons along the way. So here are some songwriter-focused thoughts to share with you if you are ever of the mind to create a theme-based project.

In the beginning we thought we were writing for younger children, and so some of the very first songs we wrote had material that later we felt was too young. It was really hard to walk away from songs that we loved that just didn’t fit in with how the project was taking shape. We finally decided to shelve some of them for a follow up project, but knowing and understanding what the tween level audience would accept helped us make those hard decisions.

To be honest, I do sometimes listen to top 40 radio with my teenaged kids, but did I really know what tween girls were listening to when we started this project? Not really. As we immersed ourselves into the idea, though, we listened more. We got fresher musical ideas. We found ways to marry a pop sensibility with awesome lyrics and messaging. We understood what we needed to do to take our instinctual songwriting inclinations and move them into a more modern setting. This was key to creating a successful result for us.

As we moved forward with writing and demoing, we shared some of it with tweens we know. Nieces, friends’ daughters – they helped us make sure were on the right track. While it would be surprising to get honest negative feedback from kids, we were happy to see them dancing, playing songs over and over again, asking for more. Those intuitive reactions were super helpful.

While we had a good sense of the overall theme, we wanted to make sure that we hit on a lot of different topics that were important to girls. We brainstormed a list of 20 or so ideas and then tried to think of titles that went with each. This helped us not only to stay focused on the project theme, but also to expand upon it to cover topics like inspiration, friendship, confidence, beauty (inside and out), even street harassment!

At some point along the way, we realized we needed production collaborators, performers, mixing engineers, all of those things. And many of them had creative ideas of where to take the songs. Some of those ideas we liked, some we couldn’t decide, a few we rejected. But bringing others in to express their take on where we could go with the songs helped open our ideas to creative possibilities we wouldn’t have thought of.

Some of the hardest things to do were to make sure that a) we were staying true to our theme; b) we were writing in fresh language that kids would accept; c) we were approaching each topic from a positive and supportive space. We didn’t want to put any group down. We want to celebrate differences! This caused us to look at lyrics that would probably have been great for any other project, but for this one, they just didn’t cut it. I’ve never revised so much! But because we were willing to search for a better way to talk to our target, we ended up with fantastic, energetic, supportive songs that will make girls feel great!

We’ve just launched a Kickstarter campaign to fund the completion of Girl, the album. You can check it out at https://www.kickstarter.com/projects/girlthealbum/girl-the-album or find out more at girlthealbum.com 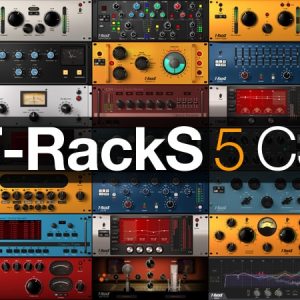 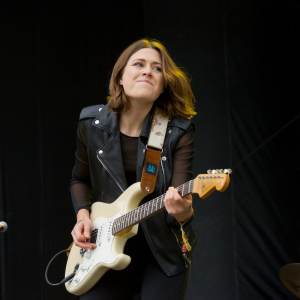