The famed R&B song, which was written by artist Percy Mayfield and recorded, of course, by the legendary American songwriter, Ray Charles, was a No. 1 hit in the United States upon its release in 1961.

The tune also won the Grammy Award for Best Rhythm and Blues Recording and has gone on to become one of Charles’ longest-lasting hits.

Written by Mayfield, who first recorded an a cappella rendition in 1960 as a demo to send to music executive Art Rupe, the track raised Charles’ eyebrows enough for him to get it on wax. Charles recorded it with The Raelettes vocalist Margie Hendrix backing him up.

Take a listen here before we keep going. (It’s so good!)

Charles’ track hit the No. 1 spot for two weeks on the Billboard Hot 100, beginning on October 9, 1961. Originally, the tune came out as the B-side to Charles’ single, “The Danger Zone.” Both were released in August 1961.

Above all else, the track is just supremely catchy. It’s one of those songs that could be on the old game show, Name That Tune because, within the first two or three notes, it’s immediately recognizable. That descending blues piano line, one note after the other—you know what’s about to hit your eardrums. And then the horns come in, too, doubling the line. Chef’s kiss!

For Charles, who died in 2004 at the age of 73, many decades after the song was released, the content of the track was too good to pass up. Long had he created a reputation for himself as a lover of all things, um … pleasurable. So, to write a song that calls that out and calls out his necessary departure was an admirable, self-aware move that helped secure his legend.

While domestic arguments certainly aren’t the goal for any partnership, this song certainly is the anthem for them. The chorus, most often sung by women, begins:

Then Charles comes in:

Old woman, old woman, don’t treat me so mean
You’re the meanest old woman that I’ve ever seen
I guess if you said so
I’ll have to pack my things and go (that’s right!)

More chorus, and then Charles responds:

Now baby, listen baby, don’t ya treat me this way
‘Cause I’ll be back on my feet some day

(Don’t care if you do ’cause it’s understood)
(You ain’t got no money, you just ain’t no good)

Well, I guess if you say so
I’ll have to pack my things and go

In the end, Charles, the singer, is not let back home. And the song ends with him begging and pleading for his chance to be let back in. It’s a cathartic tune and one that has lasted in the proverbial consciousness of American—and global song appreciators—for decades and should continue to do so for much more time come. 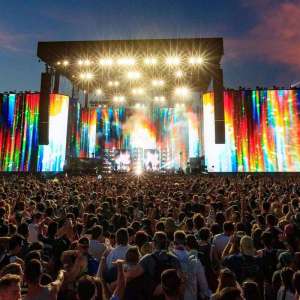 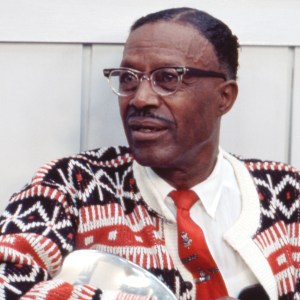