It would be fair to say that it’s been hard for most people to stay productive in 2020, but Jeff Tweedy is not most people.

On top of preparing to release his fourth solo LP in four years, Love is the King, he’s getting ready for another creative milestone, the release of his second book How To Write One Song: Loving the Things We Create and How They Love Us Back.

A follow-up to his 2018 memoir, How To Write One Song is part self-help, part struggling songwriter’s guide map. In it Tweedy breaks down his own creative process and walks readers through the steps toward writing their first song.

While the book is primarily a creative call to arms for beginning songwriters, there is a wealth of advice and several useful exercises sprinkled throughout for more experienced writers.

Here are 5 useful songwriting tips we learned from reading Jeff Tweedy’s How To Write One Song.

The book’s specifically worded title is definition by design. Tweedy sets the modest goal of teaching the reader to write just one song, partly as a reminder to manage expectations and partly to help set specific, attainable goals.

“To me, the difference between one song and songs is not some cute semantic trick; it’s an important distinction, and it’s more precise about what you’re actually doing,” Tweedy writes. “No one writes songs—plural. They write one song, and then another. And it’s also a reminder of what you really want.”
According to Tweedy, what readers should want ideally is to take as much satisfaction from the process of songwriting as they do from the finished songs.

“It has to be the going and not just the getting there when it comes to songwriting, or any artistic endeavor, really,” he writes. “And I’d like to focus on that and share more of what I think is the only truly shareable part of making songs—what songwriting itself achieves, rather than just what a finished song achieves. Although I wouldn’t be surprised if you end up with both.”

“Some partnership between my conscious mind and my subconscious gets results, but when things are going right, the distinctions between the two become blurry, and I’m never really sure which is in charge,” Tweedy writes in the book’s early chapters.

If there is a mantra of this book it’s to do whatever you can to relieve yourself from yourself, or as Tweedy explains it “to disappear—to watch your concept of time evaporate, to live at least once inside a moment when you aren’t ‘trying’ to do anything or be anything anymore. To spend time in a place where you just are.”

Tweedy suggests that leaving your ego behind and disappearing into the process is not only the best way to get in touch with your creative side, but also a personally fulfilling journey.

“Basically, you have to learn how to have a party and not invite any part of your psyche that feels a need to judge what you make as a reflection of you,” he writes. “Or more accurately, the part of you that cannot tolerate any outward expression that might be flawed.”
“You need your human frailty to be at least somewhat visible if you want to connect on an emotional level—if you want things to feel real,” Tweedy writes.

Throughout the book Tweedy suggests exercises as ways to trick the brain into a state of “doing” rather than “being”.

“When you’re in the act of creating, when you’re actually focused on that one song, and that focus is allowing you to disappear (which we’ve already established is ideal and to be desired), there isn’t anyone else’s image of who you are to compete with. In fact, even the image you have of yourself can take a breather,” he writes. “In the end, learning how to disappear is the best way I’ve found to make my true self visible to myself and others.”

3. Deadlines can be a good thing

At one point in the book Tweedy tells a story of delivering Wilco’s third LP, Summerteeth, to the band’s label and being told by the label executives that they “didn’t hear a single.” Instead of fretting he lied to the label and told them he had just the song in mind.
“In reality, I had no such song, of course, but I thought it’d be interesting, since they were paying for it, to fly to LA and pretend that I knew what a chart-scorching pop song sounds like,” he writes. “I wrote most of ‘Can’t Stand It’ on the plane.”

Though the song didn’t chart it served as a crucial reminder to Tweedy to not wait around for inspiration to strike.

“What I still tell myself frequently, is that inspiration is rarely the first step,” he explains. “ Most of the time, inspiration has to be invited.”
In one exercise Tweedy suggests setting a short time limit (5-10 minutes) and freewriting with the intent of coming up with a finished song before the time limit ends.

4. Trust your subconscious and if all else fails sleep on it

If you’re having trouble getting your thoughts together, try engaging your body. Tweedy suggests physically exercising as you work on your songs, even if it’s just a walk around the block. What’s important, he writes, is “getting your body involved and out of the way of your mind.”
“Physical movement, I would imagine, also makes it difficult to maintain any sense of being stuck psychologically,” he says.
Another interesting suggestion Tweedy makes is working on your songs in your dreams. It takes a bit of mental preparation, but Tweedy says going to bed with a half finished idea on your mind can do wonders.

“I believe that you need to put yourself, consciously, in the path of your subconscious,” he writes. “To trust yourself that there are things you can get to. But your ego is working against you; it doesn’t trust your subconscious to come up with anything near as smart as you are.”

Although he’s a Grammy-winning singer/songwriter, it took Tweedy a long time to be comfortable with his own voice. And while he no longer “shakes like a toothache” at the sound of it, he argues that a crucial step in getting better is accepting your current limitations and being okay with failing.
“A ‘bad’ song isn’t going to leave a permanent stain on your record,” he writes. “I don’t like every song I write, but I like that I wrote it. I know that for every five or so songs I write, I’m going to have one that means a lot to me, and it wouldn’t have come to me if I hadn’t written the other four songs, if I hadn’t practiced getting to that place.”

Tweedy warns songwriters not to get lost in the fruitless practice of comparing themselves to other songwriters. He also encourages aspiring songwriters to prepare themselves for external negativity; thick skin is important but so is conviction.
In one section Tweedy talks about Warner Bros disastrous handling of Yankee Hotel Foxtrot, arguably Wilco’s most lauded release. The band and album were the subject of the 2002 Sam Jones documentary, I Am Trying To Break Your Heart, which tells the saga of when the band was infamously dropped from the label after turning the album in.
“You know that story. But the part that I don’t think I’ve ever discussed is how liberating it was to realize I could survive the absolute worst-case scenario for an artist—being told directly, flat out ‘You suck!’” he writes.
“I remember the first time I listened to the Yankee after they told me they hated it. I was kind of dreading it, because I thought that the toxicity, controversy, and hurt feelings about the album might have spoiled it somehow,” he writes. “But I listened, and nothing had happened to the record. Or me. In fact, what I kept thinking about was how glad I was we had changed it to what it had become. And as I listened, I was already starting to hear new songs and getting excited about different directions the band would go from where we had landed. When I woke up the next day and the day after that and kept finding myself in love with this thing we had made, I came to the conclusion that no one’s judgment—theirs or mine—would ever hurt for very long, provided I could bring myself back to listening and loving. And looking out for the next song.”

How To Write One Song: Loving the Things We Create and How They Love Us Back is out October 13th via Dutton. 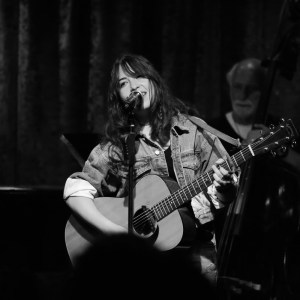 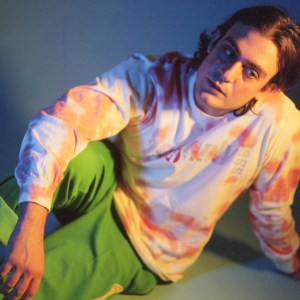