It’s often said that when you’re performing, you should play like a million people are in the room and as if everyone there, no matter the number, is important (because they are). Yet, not every artist follows this. Sometimes performers, especially if they’re famous, can treat others disrespectfully. Or even those few listeners in the bar can be arrogant or obnoxious to people just starting out. This is a dynamic that Irish singer-songwriter, Dermot Kennedy, is acutely aware of and one he tries to keep in mind always.

For Kennedy, who comes from a tiny hometown and who came up in Ireland through busking and open mics, he knows how hard it can be. But Kennedy, who has gone on to earn thousands of fans and millions of streams, also knows there are better days. In fact, that’s the title of his newest single, out now.

“I think about how I treat people know who are just starting,” Kennedy tells American Songwriter. “I remember when I went into Dublin City, went into a basement pub for an open mic. There were about 20 people there. I don’t know what stage I was at, I don’t know what I sounded like, what level I was at. But everyone was so welcoming.”

If the room had been cold, disheartening, Kennedy may have packed up his guitar and stopped trying, thinking the business was out of reach or too walled off. But because of the warmth in the room and the way he was received, he persevered. Playing in pubs and in the streets taught him other lessons, too. Like how to capture listeners’ ears. These are lessons he still uses today.

“Say we play Lollapalooza in Chicago,” Kennedy says. “There’s a certain amount of people who know me, who are there to see my set. But there are other festival-goers who don’t know me. I’m trying to convince them, trying to catch their ear and make them want to come over.”

Thankfully, for Kennedy, he has that ability. His is a giant voice, raspy and full of innate personality. He remembers busking and putting his guitar’s capo up to the top of his vocal range, singing as high as he could to perk ears. Similarly, he tries to put as much honesty and heart into his work as he can. He’s a self-admitted “lyrics guy,” where the message and language are often paramount. But he also concentrates on arrangements both to offer his listeners big swells of sound and to offer them something if they, themselves, aren’t lyrics focused.

“Nowadays,” Kennedy says, “I’m more aware of how I can reach people and speak to people.”

As in his new track, “Better Days,” Kennedy writes songs that have a ubiquitous touch. When the song first came out, he says, his friends were asking him if it was a pandemic anthem—like, hold on, we’re almost there. But really, Kennedy wrote the song as if he was talking to himself.

“The way I saw it,” he says, “that was almost the voice of my mother and father telling me to hold out and to know that my music would work out someday. Anytime I felt disheartened, felt down, like it wasn’t going to work out—that’s where this song sits for me.”

Growing up, Kennedy remembers loving soccer as a kid. Where he grew up, there wasn’t much else to do but kick the ball and sing songs. Knowing that he wasn’t going to be a professional athlete, he dove more and more into music. As such, his relationship with it later in life was from a more isolated perspective. Writing and singing were singular, solo. These days, though, Kennedy says he finds himself opening up more to the idea of collaboration. He’s growing after over a decade into his career. But he says he’s glad it’s taken some time to get here.

“If I’d gotten these opportunities at 23,” Kennedy says, “I don’t think I’d appreciate it as much. I’d have been so green, just happy to be there, along for the ride. Now I want to take it somewhere.”

For the 29-year-old Kennedy, perspective and patience have always been key. He recognizes he’s now part of a long lineage of Irish singers and storytellers. And he became that via hard, self-directed work. He’s even experienced the scary seizure of his throat after major gigs before he learned how to take better care of his singing voice. And while “Better Days” is a one-off single, ahead of perhaps more singles and his sophomore LP release, it is certainly a track that hits right on time.

“Without that relief I get from it,” Kennedy says regarding his relationship to writing and singing songs, “I don’t know who I’d be.” 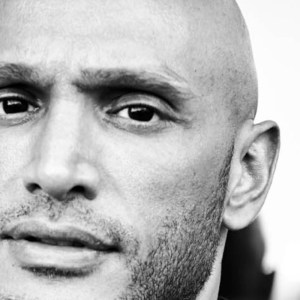 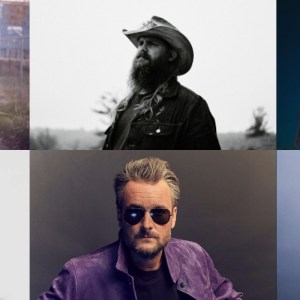