J Hacha De Zola is mostly self-deprecating when it comes to his art, but there’s a methodical movement to his musical madness. He doesn’t claim to be a great musician—the New Jersey-bred recruits the instrumental elements to the studio when needed—or much of a singer for that matter. It was this latter “weakness” that drove De Zola straight into his fifth album East of Eden (Caballo Negro).

“To get an understanding of where I’m going, I have to look back at what I’ve done previously, and I always challenge myself to do something that makes me uncomfortable,” shares De Zola with American Songwriter. “I’ve never really been comfortable with my singing voice. I don’t consider myself a singer or much of a musician, to be honest. I’m more of a conceptual artist.”

Everything around East of Eden was conceptualized in De Zola’s head first, then transferred to music. Following the frenetic jazz concoctions of the 2019 release Icaro Nouveau, during the pandemic in 2020, De Zola found himself with more time with himself. “I feel like this is my most focused effort since I’ve started putting out records,” he admits. “When I got to the studio, I already knew exactly what I wanted to do, what the approach was, and had the songs written, which is something that never happened before.”

Partially reflecting some solitary confinement and a fragmented world, De Zola insists he never writes topical songs with East of Eden more a reflection on the idea of being left behind, or “banished” from the “garden.” “It’s always the big risk,” says the avant-artist. “I never really know what I’m gonna get. I’m just one guy who has this idea, and I put them together in my head. Most artists go out and play a set of songs for years before they even go into the studio, so they already have this confidence with the songs, but I’ve never really had the benefit of that, so everything is entirely done in the studio.”

East of Eden is a personality crisis of sorts for De Zola and the outside world that relates. There’s imperfection in its procession, the melodic tears, and wear of “Faded,” the psychedelic jazz camp of “Lost Space”—a state of limbo and love in pandemic times— through the somber “Which Way,” a directed recount of losing a friend to COVID and seeing the “true colors” of humankind. “East of Eden” barely sheds more light but assesses the chaos and confusion and ore of De Zola’s ’60s hallucinatory rock inflections, while the swelling escapist cravings of “A Viral Spring,” and cringes of gotta get out / gotta get away, pique the experimental jazz notes of “Shadows on Glass” and “That Pleading Tone,” embracing the mixed emotions of “Sad Song” and closing stirs of “Green and Golden” and “Meet Me.”

The songs of East of Eden took on a life of their own, in a New Jersey studio. Working with his “wrecking crew” of local musicians, most hailed from Brooklyn, New York, the whole of East of Eden circulated around De Zola’s ideas, words—and a bit of musical improv. “If anything, I’m a really good enabler,” he says. “I enable or encourage people to come into the studio—real musicians, not me—and I invite them to take ownership of the track and just have fun with it.”

For De Zola, writing is some kind of “reductive synthesis” of throwing as much as possible at one idea, then peeling back the layers. “I never sit down and say, ‘I’m gonna write a love song, or I’m gonna write a punk rock song,'” says De Zola. “I just let it happen. I prefer to paint a picture and allow the listener to find their own meaning, rather than impose my way of thinking or philosophies on them.”

Sometimes vocalizing nonsensical phrases to himself until he finds the music to accompany it, De Zola also pulls from his “word box” of greats—phrases extracted from poetry and prose greats like Russian playwright Alexander Pushkin, French novelist Anatole France, or Edgar Allan Poe, using William S. Burroughs’ “cut-up technique,” where written text is cut up then rearranged to create new text.

“I love to find the tastiest phrases out of poetry, take a scissor to them, and cut the slivers of phrases and totally randomize them,” reveals De Zola. “As I have a piece of music arranged, I’ll pull from these boxes of papers. They’re a phrase bank. I use them as stepping stones for an idea.”

In writing or any creative endeavor, what De Zola finds most helpful is to simply do the work. “It’s almost this blue-collar philosophy towards the creative process where inspiration exists, and the muses exist, but they have to find you working,” he says. “You can’t sit around and wait for inspiration to come because it’ll never happen.”

Joking that he never has writer’s block since he’s often “stealing” words, De Zola insists that even pilfering choice words and making them your own is all part of the art. “The whole richness of the human experience, in terms of art and creativity, is that it’s bottomless,” he says. “As long as you’re willing to put in the work and really engage yourself in this effort, it can be such a rewarding experience and fun.”

Recently releasing J Hacha De Zola’s Greatest Hits, featuring 12 remastered tracks from previous collections, including a selection of the artist’s all-Spanish songs, he has devoted himself to his music, his art. “I’ve actually kind of dedicated my life to this thing, at least at this moment in time,” he shares. “I don’t have kids. I’m approaching middle age, and I’m a single dude. I don’t really have much else going on other than my art. It’s what motivates me every day. It’s what gets me out of bed, and I don’t necessarily worry too much about whether it’s going to be successful or whether it’s going to get me money or anything like that.”

He adds, “It’s really a distinct delusion of mine. It’s a strange kick. I have to follow this thing. Hopefully, I leave behind a little legacy of these things that I’ve created. Hopefully, someone will remember me.” 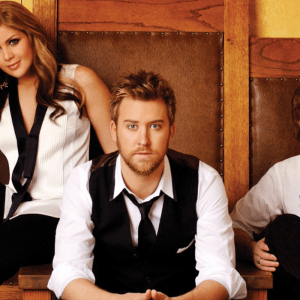 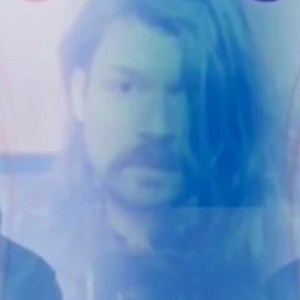