On January 26, 2009, Hillary Scott, Charles Kelley, and Dave Haywood released their song “I Run To You” as the third and final single ahead of the trio’s self-titled debut album, Lady Antebellum. The three artists joined forces in Nashville in 2006. Garnering attention, performing the Music City venue circuit, they landed a record deal with Capitol Records the next year.

Following “Lookin’ For A Good Time” (2008) and “Love Don’t Live Here” (2007), “I Run To You” marked a milestone as the first No.1 single for the country outfit—whose name has since been shortened to Lady A. The trio penned the hit single with Tom Douglas, who also earned Top 10 credits with Martina McBride, Tim McGraw, and Miranda Lambert. In the nearly 15 years since, Douglas has credits on two songs—”Hello World” (2010) and “Heart Of The World” (2011)—from two of their eight records.

When the trio sat down to write “I Run To You” in the fall of 2007, Tom Douglas had just run a race a few days before. In a 2015 interview with The Boot, Douglas recalls, “There was a guy running in front of me, and he had this thing on his T-shirt that said ‘I run this town.’ I put that idea in the back of my mind, I told them about the T-shirt because I thought it was an interesting concept—I run. So then we started talking about ‘I run this’ and ‘I run that.'”

Lyrically, the song employs words that Douglas feels other artists might shy away from because of the negative connotation. The song begins with a bold opening line: I run from hate / I run from prejudice, I run from pessimists.

“That’s probably what I loved most about the song—they’re willing to say some things that are difficult to say. Most people will tell you to write for the quintessential guy on the barstool, and not get above his head. I think that guy is a lot smarter than we give him credit for,” Douglas continues in the interview. “This song has a pretty intelligent, mature lyric, and I think the guy on the barstool got it. Our experiences are pretty universal, and I think he wants to run from prejudice and pessimists just like I do. You don’t have to have an MBA from Harvard to feel that kind of thing; it’s all pretty universal.”

Producer Paul Worley—whom Douglas credits as the “reason [he] write[s] songs today— elevated the song to new sonic heights. Wielding the unique tone of the B3 organ in the chugging introduction, Worley transformed the demo tape into a full-bodied soft-rock track layered beneath Lady A’s lofty harmonies. Douglas concludes, “It was a good song, but Paul made it a great record.”

Within the context of the global pandemic and the socio-political happenings of the last few years that prompted the band’s name change, the song’s intentional lyrics became heavier. Facing the dissemination of critical information through social media, lines like When lies become the truth / That’s when I run to you feel more resonant than ever.

“This world keeps spinning faster / Into a new disaster so I run to you, I mean that feels so real to me right now,” Haywood tells American Songwriter in a recent interview about their latest release, What A Song Can Do. “Gosh, I listened to that the other day, and I was like man, we could’ve written that after this year.”

Kelley adds, “Writing ‘I Run To You’ with Tom so early in our career, and it being one of those songs that means more and more to us with each year that goes on, I think that song is still teaching us things. And it’s still meaning more to our time.”

“I Run To You,” also marked Lady A’s first Billboard Hot 100 Top 40 tune, and landed in Top 20 spots on the Adult Contemporary and Adult Top 40 charts. In 20019, the song earned the trio a CMA Award for Single of the Year as well as a Grammy Award for Best Country Performance By a Duo or Group With Vocals. In 2013, the RIAA certified the single Double-Platinum after 2,000,000 digital streams. 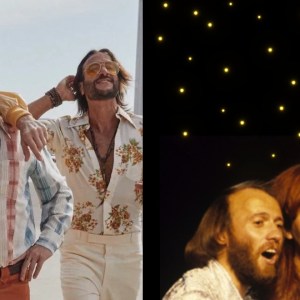 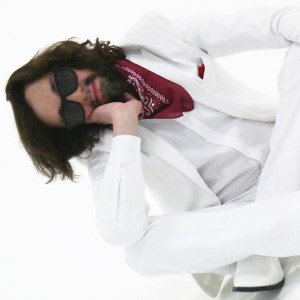