There are country artists who dutifully go to bed, set and double check their alarms and wake up shortly after the sun comes up just to be the first to know if they have been nominated for a coveted Academy of Country Music Award.

And then, there is Jon Pardi.

“I was sleeping,” Pardi tells American Songwriter hours after getting word of his 2020 ACM Awards dual nomination for “Album of the Year” for his critically acclaimed record Heartache Medication, an album that he also nominated as a producer for. “We had flown into San Antonio and I had gotten to bed around 1:30am before I realized my phone was buzzing.”

“He was super excited and it kind of woke me up a little bit more,” the Platinum-selling singer/songwriter/producer says. “Then you start getting excited because you got nominated and the adrenalin kicks in. My manager called after that. But yeah, it was 7:30am. I went back to bed.”

Three hours later, Pardi was busy waking other people up, namely his fiancée Summer Duncan, who too was sleeping when she got the news.

“It was so funny,” says Pardi, who recently snagged his fourth No. 1 at country radio with the RIAA Gold-certified hit, “Heartache Medication.” “As soon as I called her to tell her we got the nomination, she instantly woke up.”

Pardi also took the time to call friends and family back home, friends and family who has been alongside him on his personal roller-coaster towards country music stardom that began when he snagged an opening spot on tour with Dierks Bentley back in 2010.

“When you get nominated for these big awards, everyone back home pays attention and it’s exciting,” he explains. “You have to stay humble though and remember your friends back home. I’ve always said that you can’t ever lose the super fan inside you, because if you lose that guy, what’s the point? You always want to be excited about things like this.”

Of course, this is not the first ACM nomination for the modern country traditionalist hailing from the great state of California. Not only did Pardi take home “New Male Vocalist of the Year” back in 2017, he was also nominated for “Album of the Year” the very next year for the No. 1 Platinum-selling album, California Sunrise.

But this time, it feels different.

“I’m definitely more established in country music now,” says Pardi, who has put out a streak of chart-topping hits such as “Dirt On My Boots,” “Head Over Boots” and “Heartache On the Dance Floor.” “Its nice to know that you have put out another record and you get the same acknowledgement from that one too. I mean, we have had so much fun making and recording and writing both of these records. It makes you feel great about what you are doing and what path you are on. Plus, to be recognized with all the other huge albums this year and the big artists is awesome.”

Pardi does, in fact, find himself up against some of country music’s biggest names for “Album of the Year,” names like Maren Morris and Thomas Rhett and Luke Combs…and Miranda Lambert.

“Its an honor to be nominated with all of them, but especially Miranda since she has a song on my record too,” says Pardi, who co-wrote seven of the 14 tracks and co-produced Heartache Medication alongside longtime collaborators Bart Butler and Ryan Gore. “I mean, a nomination is always nice, especially when it’s for an album.”

Indeed, the recognition for a body of work in its entirety is something that can’t go understated, according to Pardi.

“It proves that albums aren’t dead,” he says. “As much as some people disagree, I still believe in the album. I still believe that just because a song isn’t a single doesn’t mean that people won’t listen to them. We handpicked the songs on Heartache Medication because we wanted it to make up an album.”

Plus, the sheer sound of Heartache Medication is something that Pardi is still very proud of.

“It was less computer and more real strings and guitar chords and amps and microphones,” he remarks. “It’s modern traditional and it’s awesome to live in a time that you can do so much with music.”

And yes, Pardi is also looking forward to checking out Keith Urban as the new host of the always anticipated awards show.

“Keith is going to be great,” Pardi says. “He’s such a good person and he speaks very well and he will be fun. Everyone loves Keith Urban and he’ll do a great job but I know it’s a challenge.”

He pauses for a moment, and then laughs.

“Heck I would love to host someday,” he says.

And if anyone can make that happen, it’s Jon Pardi. 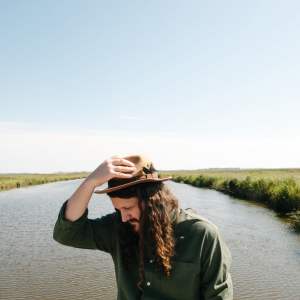 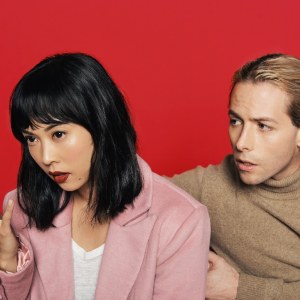