Ian Randall Thornton is a multi-instrumentalist, singer-songwriter, and composer that has developed a tremendous reputation as an emerging artist largely basted on his honest, poetic lyrics that combine conceptual themes with stunning production. Thornton has continued to forge his own path inside the music industry with dabbling into different genres — including punk, indie rock, folk, jam bands, and post-rock — to develop his own sound.

His latest album, ‘Wide Open’ released Feb. 28, is simply stellar. It is available on BandCamp, if you dig it.

He broke down how each song came to be for American Songwriter and its readers.

Wide awake was sort of the inception of the whole album, which is why it ended up being the opening track and where I drew the records name, “Wide Open”, from. It is an expansive song that intentionally leaves plenty of space and room, both sonically and lyrically, and it feels simultaneously huge yet intimate. It sets the mood for the whole record off the bat, calming the senses and creating a space to unwind. The lyrics are purposefully abstract, yet they make you deeply feel something all the same. I’ve always been enamored by songs and lyrics that make you feel things without rationally letting know why or what the song itself is even about. The abstract nature of this sort of songwriting is practiced by some of my favorite artists, but Wide Awake was my first real attempt at doing it myself, and I honestly took a liking to it immediately. It felt right and ended up being a tangent that lead me into creating the rest of the album in a similar way.

Hiatus was one of the last songs I wrote for the album, yet it has become a major lynchpin track for the greater theme being expressed; which is probably why we ended up spending more time producing this track than any other on the record. The whole album, Wide Open, is about finding peace in the midst of chaos, and since life, these days can be chaotic enough, most of the album is meant to calm and soothe the soul. However, with Hiatus, we purposefully wanted to juxtapose the peaceful tone of the album with a bit of chaotic confrontation, while maintaining the same soothing effect. The song begins with an intricate, wispy high-strung guitar line that stays steadfast through the entire song, but is eventually joined and confronted by sprinting snare rolls and bold, distorted baritone guitar lines that weave in and out of the contrasted fluttering strings and soaring, calm falsetto vocals. It’s meant to feel like two opposing forces of nature colliding and inevitably affecting each other, like a hurricane being pushed aside by a cold front. At its heart, Hiatus is about letting go. Letting go of past pain that we unknowingly still carry and the illusion that we can control our surrounding environment, and rather clinging to the relationships that keep us centered in the middle of the storms that rage around us and within us. The hope for this song and album is to create a hiatus of sorts for those needing a break from the overwhelming lives we tend to live.

North & South is about important relationships that feel like they are drifting away sometimes, with long gaps in communication or connection, but how that doesn’t mean they are lost or forgotten. In some ways, it is about spirituality and interacting with a higher power, and in other ways, it is about old friends and family members that live so far apart. The lyrics personify north and south as friends heading in different directions, but since the earth is a beautiful celestial sphere, not an endless open plane, those opposing directions will always curve around and meet again; and “like distant brothers on a phone call… they pick right up where they left off”.

It Feels Like The Other Day: I originally wrote this song for my brother’s wedding. He commissioned me to write something to play, and this song came out in its entirety very quickly just days before the wedding. Each verse progresses through different stages in life, beginning in childhood, then meeting your spouse, and finally ending in old age.

“I feel it’s safe to say

And when we’re old and grey

Every day I learn

This song speaks to the value of staying in a constant state of learning and is meant to give permission to not have everything figured out. In fact, I feel like not having everything figured out is a key to long-lasting relationships. Becoming over-familiar with the people we love can often blind us to who they truly are and who they are slowly becoming, and conversely, our ability to remain interested and attentive to the people we love is what will make meaningful relationships last.

Send Somebody has been a bit of an experimental song from the beginning, and it ended up being a gateway of sorts to discover the rest of the record, similar to wide awake. I wrote it a few years back as I began to experiment with recording my own music. I was honestly struggling to write songs at that time of my life, and I realized that the source of my writer’s block was how much pressure I was putting on myself to “write the perfect song” and say something profound. When I approached writing with that pressure it seemed to kill inspiration and creativity immediately. So, my solution was to take the pressure off completely and write songs I never intended for anyone to hear. I picked up my guitar, changed to a new tuning, looped a guitar line on my computer, and began layering different instruments and vocal swells. As I continued to create, something interesting started to happen. It sort of inverted my songwriting process entirely. Instead of finishing a song by myself on a guitar and then taking it to a studio to produce it, I just started blindly creating, allowing the production and the song itself to influence me and, in a way, tell me what it wanted to be and say. This process of writing really paved the way for this whole record. The theme of Wide Open is peace, and finding serenity through the humble act of letting go of control, so as I approached writing the rest of the album I decided to abandon my typical songwriting approach for this newfound open-handed method of writing. The end result is a project that I am simultaneously proud of yet strangely feel distant enough to be impacted by it. I still find myself learning what these songs are about and finding deeper hidden meaning in every track.

At its heart, Send Somebody is about exploring the unknown things that are right in front of us and even inside of us. Somehow we know what the surface of Mars looks like with far more detail than what the depths of our own oceans look like. The lyrics to this song loosely refer to that scientific fact as a bit of an analogy for us as humanity. We can often be more interested in the surface things that surround us than the actual understanding of the overwhelming depth that lies within us. Yet, Send Somebody isn’t a social critique as much as it is a personal encouragement to search out and explore the unknown within yourself.

River in the Rain is a love song about mourning the passing of the most beautiful times in our lives to be able to progress into what’s next and fully embrace it. I spontaneously sang almost every word of this song to my wife, with no premeditation, taking it a grand total of 4 minutes to write (which isn’t like me). We had only been married for a few months at the time, and she was experiencing a strange feeling that was hard to put into words. She was so happy to finally be married and starting a completely new life together, but there was an intermingled sadness attached to leaving our wonderful season of dating behind. Most of the song is a stream of consciousness storyline remembering how beautiful the last few years have been, but the chorus resolves saying

“It’s gone now, but it’s right in front of us

We’re further and it’s apart of us

If memory’s meant to evaporate

River in the rain?”

This track barely made it onto the record, and in some ways is meant to feel out of place. It is a live take folk Americana song about living a life worth talking about, and we kept it on as a tip of the hat to the style of my last few records. In the midst of a dreamy and purposefully ambiguous record about peace, it felt right to have at least one song that shoots straight and just outright says what it wanted to say. The opening and closing verse both iterate the heart of the song by saying:

“I wonder if our lives were written down

If every day we lived were read aloud

What choices we would make

What risks we would or wouldn’t take

If our lives were written down

What kind of person would you be?

Would you write a better story?”

Heading Home is the last full song on the album, and it is a nostalgic picture into memories of long road trips as a kid. It could just be me, but I have countless memories of drifting in and out of sleep on long night drives, and the strange sensation of seeing unfamiliar scenery pass in blurred red and white hues in my periphery. Passing brake lights and late-night Texaco signs all blurred together as time seemed to ebb and flow and everyone in the car is looking out for the familiar signs of home. I still drive a lot, whether it be for touring or traveling, and I feel the same sensation every time I leave the unfamiliar behind to finally pull into my city, and then my neighborhood, and finally my driveway. This song really recreates that feeling for me and is meant to finally feel like an arrival for the album, that after all of the ups and downs of the journey there is nothing quite like coming home.

Rest is the instrumental track that finally closes the album. It is an extension of “Heading Home” and is meant to represent the feeling of getting in your own bed for the first time after a long trip. It is a deep breath of fresh air and a slow descent into sleep. As I finished recording the record with my producer, Stephen Price, we both felt like the album needed one last track to end the experience with a beautiful instrumental reprise, so I wrote this piece in between sessions so we could close the album properly. Rest finally concludes the album in the same key that it began in, so the record can restart seamlessly and be experienced over and over again. 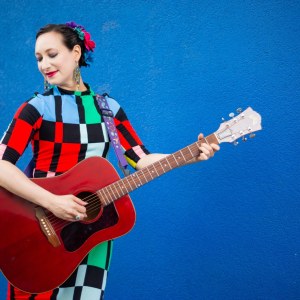 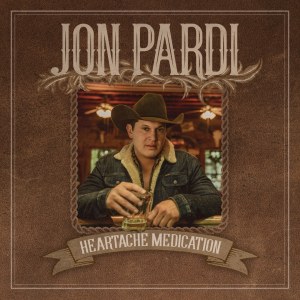