One of his generation’s wittiest and most literate songwriters, Loudon Wainwright III was Americana before Americana was cool. And he’s managed to maintain a half-century career based not on bombast or headlines, or on playing to thousands of sunburned fans at festivals, but because, unlike most, the quality of his writing has never diminished. It’s as if he knows the location of that magic well of creativity that never goes dry.

Wainwright’s latest release, the two-disc, 42-track Years In The Making, is an eccentric and eclectic collection, which is nothing new for him. The title is literal, containing mostly unheard pieces from his vaults over the decades, including home demos, live recordings, radio appearances and more. But what really sets it apart is the packaging. Where so much music is streamed today minus the liner notes, graphics, etc., this set contains copies of everything from handwritten lyrics to silly drawings to actual divorce papers. “It’s called Years In The Making,” Wainwright says,“and it did take some time to put it all together. My co-producer Dick Connette and I spent a lot of time looking through the archives and hard drives and boxes of cassettes and reel-to-reel and bootleg tapes, and it took a long time to find the ‘A’ list of songs that we wanted to put out there, and we had to organize everything to. So it took about four years.”

“I’m 72 now, and you start to take stock,” he continues, “like in who I am and what the heck am I doing, not necessarily in that order. In 2016 I put out a memoir, a book [Liner Notes: On Parents & Children, Exes & Excess, Death & Decay, & A Few Of My Other Favorite Things]. So this whole CD package is kind of a continuation of that looking-back thing.”

Wainwright became a household name in the early 1970s, thanks to both AM and FM radio, with “Dead Skunk,” a top 10 hit about a station wagon running over a really stinky mammal. Conventional business wisdom might dictate that Years In The Makingshould contain some type of version of “Dead Skunk,” but it doesn’t. Whether he likes it or not – and he very diplomatically makes it clear that he’s maybe not crazy about the situation – the song has kept Wainwright on the radar of people who don’t necessarily want to hear roadkill songs, but are still taken in by his wry sense of humor and his artistry with words.

“I played that song for lots of years,” he says, “and there are many live versions, but the version of ‘Dead Skunk’ that was on the original record was the perfect version, so there really was no reason to put it on this collection. I don’t really perform it that much anymore. There are a lot of my songs that I’ve grown weary of performing. But that record was a success, I knew that people liked it, that there was an appeal to it. Of course, Columbia, on the next album I made, they kinda said, ‘Where’s the funny animal song?’ But that’s the way the music business works.”

One of the highlights of the new collection is a recording of “East St. Louis Tweedle-Dee” with Wainwright’s old friend, the late Steve Goodman (“City of New Orleans”). “That was a magical moment,” he says. “I was living in an apartment on the Upper West Side of Manhattan and Steve was hangin’ out and playing. I found that cassette and we decided it was a nice moment so we put it in the mix.” In addition to over 30 originals, the package contains covers of songs by Woody Guthrie, Bob Dylan and Richard Thompson, as well as appearances from musical family members like Wainwright’s son, Rufus, and his late wife and Rufus’ mother, Kate McGarrigle.

In 2018 Wainwright filmed his one-man play, Surviving Twin, for NetFlix, with director Christopher Guest (This Is Spinal Tap’s Nigel Tufnel) and producer Judd Apatow (May It Last: A Portrait Of The Avett Brothers). “My dad was a journalist, he wrote a column for Lifemagazine called ‘The View From Here,’” Wainwright says. “Surviving Twinis a theater piece in which I perform his writings. I put the guitar down and actually do his columns, perform them, I know them by heart. I don’t read them, I actually perform them, and then combine them with songs of mine.”

Some would argue that Wainwright hasn’t received his due as one of the godfathers of today’s Americana, as a guy who sang a well-written, commercially-successful banjo-strummed song about running over a critter in the dark. He honestly doesn’t seem to care, though. “I’m not unhappy with the work I’ve done, and I’m pleased to have the opportunity to work on this record, to put out a beautiful package like this, to have it distributed and available. I’ve been doing this for 50 years now and getting paid for it. So I really don’t think too much about what should be or what might have been. I’m happy to still be in the game.” 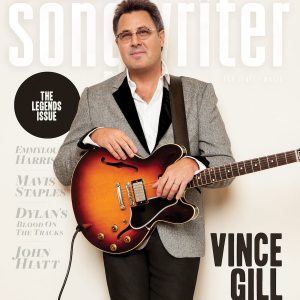 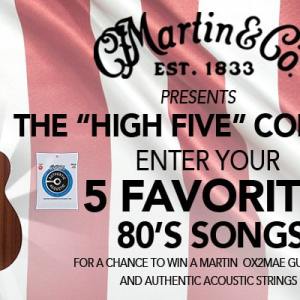