“So You Want To Be A Rock ’n’ Roll Star, then listen now to what I say, just get an electric guitar and take some time and learn how to play …”

So sang a chart-topping Los Angeles-based band called The Byrds in January 1967, at the height of the British Invasion. And thanks to an apparently endless parade of gifted singer-songwriters from beyond the sea, rock stardom didn’t seem all that remote at the time – even if those lyrics were mildly laced with acid.

Flash forward to 2015. I awaken to find yet another bumper crop of ads in my inbox, exhorting me to claim my rightful place as a rock ’n’ roll star. But when I behold the staggering array of software, guitars, pedals, amps, recording equipment, tutoring and degree programs that stand between me and fame, it fills me with wonder: How did the most creative period in pop music history ever get off the ground without the benefit of any of these toys?

Well, why not rev up the Wayback machine and see what a world without Facebook might have to teach us?

It’s February, and the Beatles, fresh from a 14-week gig in Hamburg, land at The Cavern Club. The city awakens to a phenomenon in their midst, and fans rapidly fill the subterranean chamber to the rafters. Ringo is still in Hamburg, playing with the Hurricanes, but the Fab Four-to-be already have three things in common: a love of American pop music, years of resisting parental admonitions to “get a job,” and leaving school to pursue their dream.

How badly do they want to be stars? In his book Tune In, biographer Mark Lewisohn supplies some hard numbers: “[The Beatles] rocked Hamburg for about 415 hours – like 276 ninety-minute shows or 830 half-hours – and every night tried not to repeat themselves. No one stopped to realize it, and there was no way of knowing anyway, but the Beatles had to be the most experienced rock group in the world, not just Liverpool.”

The Hurricanes have a similar run in Hamburg. The difference is that they have a program and stick to it. The Beatles are out to devour the whole rockin’ universe, even while playing 30 hours a week. That’s devotion.

Meanwhile, another group of young musicians gathers in London. Mick Jagger, Keith Richards, Eric Clapton, Jeff Beck, Jimmy Page, John Mayall, and others, have ambitions similar to The Beatles, but find their inspiration in blues and R&B. They practice with similar devotion: Eric Clapton says of Delta bluesman Robert Johnson, “After a few listenings I realized that, on some level, I had found the master, and that following this man’s example would be my life’s work.” “Chuck Berry,” says Keith Richards, “He just leaped out of the radio at me … He was the air I breathed for many years when I was learning guitar.”

In late 1961, Keith Richards joins former schoolmate Mick Jagger and drummer Dick Taylor to form a garage band called the Blue Boys. By 1963, they form The Rolling Stones and start covering Chicago blues tunes at the Crawdaddy Club. Here they connect with 19-year-old manager Andrew Loog Oldham, referred to them by The Beatles, and begin the march to fame.

When the Stones move on, the Yardbirds take their place at the Crawdaddy, bringing a succession of lead guitar virtuosos: Eric Clapton, Jeff Beck, Jimmy Page. Along with Pete Townshend and Jimi Hendrix, these graduates of Yardbirds Academy turn blues licks into lightning bolts and launch the modern era of stadium-filling hard rock and heavy metal.

Marshall stacks, Stratocasters and light shows are all well and good, but where does all that creativity come from?

Says Paul McCartney, “People had started off doing covers, like [Hendrix] did ‘Hey Joe,’ Stones did ‘Little Red Rooster.’ Everyone was coming out of that world. But there was a germ in the air which was like, ‘We can write this ourselves, you know.’”

The “creativity germ” may come from an unexpected source: art school. While few heroes of the British Invasion can read music, many come to the school of rock by way of art school, including John Lennon, Keith Richards, Pete Townshend, Eric Clapton, Jeff Beck, Jimmy Page, Ron Wood, Ray Davies, and David Bowie.

We return to the twenty-first century with a few lessons in hand: If you want to be a rock ’n’ roll star, it’s easy: Just come of age when the times are a-changin’ and there’s a germ in the air, get inspired by Buddy Holly or Muddy Waters, drop out of art school, copy licks off records, join a cover band, and get a songwriting partner – preferably one named Paul McCartney.

Perhaps it would be wiser to defer to former Byrds guitarist Chris Hillman, who added one more verse to his song during a talk at the Library of Congress in 2009:

“This is the greatest advice I’ve ever heard from anybody, in my journey: … You go for substance and depth. You go for something you can be proud of in thirty years, to listen to. Don’t go for the one quick hit.” 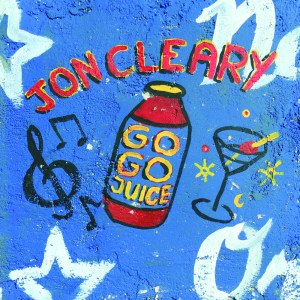 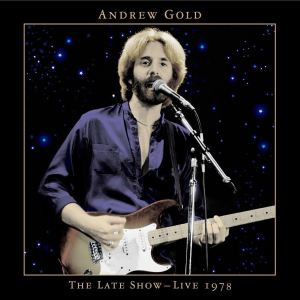