Nikki Lane’s High Class Hillbilly sits on a strip of East Nashville’s Gallatin Road that’s peppered with car repair joints and mattress shops, two or three miles from this side of town’s boho-bourgeois epicenter. To your left, discount liquors; to the right, a barber shop shrouded in heavy blinds – and, down a steep driveway, is the back door to “HCH,” where Lane can be found inside sitting amongst old Rolling Stones t-shirts, boxes of merch and bars of chocolate. A big mural marks the dot: “the Hideout,” it says. It’s a castle, though, really, for the Highway Queen – the name of her third album and monster-truck-driving, devil-may-care road warrior alter ego. If Roger Miller was that vagabond drifting jovially upon the freeway, Lane is speeding him onto the shoulder.

Lane’s always been the kind of artist who takes the reins on how to reign, on or off the highway, anyway. When she released her debut LP, Walk Of Shame, in 2011, Lane introduced herself with a moniker that was half in jest, half the work of an artist with a dexterous approach to marketing: the “First Lady Of Outlaw Country.” Three albums later, she’s settling into something a little different: the Highway Queen. A first lady needs a main man, but, as she sings, “the highway queen don’t need no king.” And she don’t.

“I’m thinking my four years were up anyway,” she says laughing, taking a bite of a chocolate bar – one with licorice and salt, because the Highway Queen don’t need no Hershey’s, either. “I was joking, partly, about being the first lady of outlaw country. I was never confusing myself with someone putting out good honkytonk. We keep saying ‘outlaw country,’ which just means I can do whatever the fuck I want, really.”

If there’s anything that Lane – born Nicole Lane Frady in Greenville, South Carolina – is not, it’s someone unsure of her vision. Which is why it makes perfect sense that, after enlisting Dave Cobb and Dan Auerbach to produce her first two LPs, she decided to tackle her third one herself, alongside musician Jonathan Tyler (who also happens to be her boyfriend). Recorded in Texas and Nashville with the help of musicians collective The Texas Gentleman, Highway Queen is a declaration of independence; a traveler’s tale where the world is her playground, but the problems are as real as the neighbor’s next door.

“Before All Or Nothing, I was writing music from the perspective of a person that still had a part-time job and lived in a fixed location,” she says. “And then the record came out, and I started touring, and started to wear the shoe that went along with the job. Everything changed. You have to learn to build the record that was already out, and find time to write and time to record. Which is why the record is called Highway Queen, because it was the main thing I could think about it being on the fucking road.”

Highway Queen indeed traces a woman on the move: through relationships, through self-discovery (on tracks like “Muddy Waters” that address an internal struggle, and not in any sort of earnest, cloying way), through cities across the country. Lane wrote Walk Of Shame as retaliation, of sorts, to a boyfriend who didn’t see her full potential. Even in 2011, it was ahead of its time: classic country interpretations hadn’t yet reached a fever pitch, and Lane’s combination of rock, rockabilly and distinct twang set her apart from the peppy banjo-meets-weepy fiddle Americana aesthetic. She was grittier and more unvarnished, just as connected to legends of rock and roll past as she was the Quonset Hut, and made no bones about her take-no-shit persona. But though she never compromised, she was always privy to a producer with a heavy identity: Cobb, Auerbach. For Highway Queen, like the image on the cover of the record, she’s literally taking the bull by the horns.

“I can’t picture that I’d ever have to hire a producer again,” she says. “First couple records, I had no fucking idea what I wanted. I’d be an arrogant person to say I could do a better job at making a record than Dan Auerbach or Dave Cobb right now, and a producer’s job is to define the sound of artists who basically don’t know how to define their own sound. But they can’t ever do that one-hundred-percent, because they aren’t you. They’re not telepathic. [On Highway Queen], if I wanted to change the tempo or key, I could. I was allowed to do that before, but I just didn’t have the nerve to.”

Here at High Class Hillbilly, there are signs of Lane everywhere — both hopelessly hip and immaculately curated, it’s as much a southern den of treasures as it is something you’d stumble upon in New York’s East Village, before the rents shot the good vintage haunts out of town. That’s Lane, too: the idea of country always fit well enough, with her South Carolina drawl and taste for a snappy, speedy lick. But that rebel soul bubbled heavy on the surface: fast motorcycles, faster cars and leather that shows its scars. Highway Queen, as full of nods to ’60s groove-makers like Buffalo Springfield and the Doors as Waylon Jennings, never speaks down to the people that she grew up with back in South Carolina, nor does it leave them too far in the dust in order to impress some big city folks. She’s not “country for people who don’t like country.” She’s rock and roll for people who do, with plenty of twang for the purists, too.

“Nikki has a killer instinct,” says Tyler. “Many writers overthink their lyrics and ideas, which can be good, but sometimes being too mindful puts the soul of a song in the shadow of the intellect. Nikki has the courage to let go and trust her intuition, and it’s a good thing because her spirit is so special.”

That admiration between Lane and Tyler is clearly fundamental to her life – and fundamental to the record. So much so that their relationship got its own song: “Jackpot,” with a twangy Chuck Berry/Jerry Lee Lewis swing. It’s a perfect rockabilly romp about hitting the jackpot in each other and, as she put it, “finding a boyfriend that does the same job as you, in a job where normally your boyfriend is mad at you for doing this job.” The two even headed to Las Vegas to film the music video, complete with a wedding via Elvis impersonator – the nuptials weren’t real, though Lane and Tyler were pretty convincing.

“The day we started recording ‘Jackpot’ she had one completed verse,” recalls Tyler. “But the label was under the impression it was the big single, so there was a fair amount of pressure. The band tracked the song with her mumbling through the unfinished verses and at that point the current chorus was the bridge. By the end of the day she’d finished the verses and we made a chorus out of the bridge. I was blown away by her mental dexterity. I left the studio with heaps more respect for her as a creative force.”

While Lane’s first two albums dealt a lot in heartbreak – and came in the wake of a divorce — the romance she observes in Highway Queen isn’t always from a first-person experience, like the gut-wrenching album closer “Forever Lasts Forever,” which serves as quite a foil for the raucous opener, “700,000 Rednecks.” “By the time I wrote ‘Forever Lasts Forever,’ I wasn’t mourning the loss of a marriage anymore,” she says. “I was watching friends go through it. I wasn’t sad anymore. But I was seeing it first-hand with other friends. The main thing they seemed to be angry about was that one person or the other thought it was permanent. They had no idea it could be taken away from them.”

The idea of impermanence is something Lane – as the Highway Queen both on and off the album – thinks about a lot. She’s known a lot of tour busses that went off the road; a lot of lives end abruptly on a motorcycle, another place you can often find her when not on stage or in the van. Now that things are going well, it feels even more immediate. “Seeing this through is out of my control, but important,” she says. “But I don’t want kids, I want grandkids.”

One particular track, “Lay You Down,” was inspired by a note she saw the late Levon Helm’s wife write on Facebook, in the weeks leading up to his death. “I just remember seeing her say something, like that she had conveyed all the well wishes, and that ‘Levon knows you are all thinking of him and he’s in good spirits,’” she says. “In good spirits, sitting around waiting for someone to die? My mom used to work at the chemical plant, and we’ve had handfuls of friends die from cancer. Maybe that’s normal. But damn, that’s the one thing I’m scared of.”

Lane’s not religious, exactly, but she does believe in Karma – and, at the same time, she’s also the fiercest advocate for hard work over easy privilege. “I’ve seen a lot of dumb-ass shitty people make it real far,” she says. “But something is coming for them. Though karma doesn’t work in the music business, because money out rules karma. A lot of people get away with murder. The music industry, I just see it as the Wild West, and you just have to be tough enough to survive the winter. It’s not supposed to be fair.” When it comes to political issues, she’d prefer to stay quiet (“I make music for an entirely different reason that has nothing to do with the president”), and even lets other women fight for their right to appear on country radio. “While everyone is talking about the injustices, I’m just going to keep doing what I’m doing, which I think is pretty dope,” she says, “and everyone else can talk about being a tomato.”

Still, Lane is happy to be the outlaw, though she wishes there were something else to call her form of country music that exists outside of the mainstream, and bears no resemblance to something emanating from a Lower Broadway honkytonk, where covers of Florida Georgia Line’s “Cruise” are far more common than Conway Twitty. “‘Americana’ is the best term for what all of our crew does. But there are so many differences in what it all sounds like,” she says. “There’s a missing term there, to describe what is happening here. I was talking about that with a friend who works in pop country. And I said, ‘I would be country, but we’d have to call your format ‘pop country.’ Do I think I’m country? J.P Harris is fucking country. Whitey Morgan is country. And Margo Price is country. That’s country, it really is. The changes and the energy: I love that music. But when we put on a show, for whatever reason, it’s much more rock and roll than that.”

So, for now, call her the Highway Queen — it’s most appropriate anyway. Gunning fast for the future, fiercely independent and ready to grab any crown she damn well pleases. 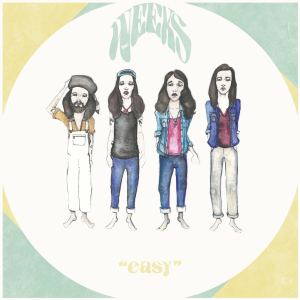 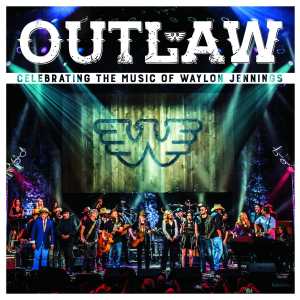