From her upcoming album Live from Memphis,
being released on August 13, 2021
on the Blackbird Record Label.

We’re happy today to share the single “No Sin To Be Poor” (Live) from L.A.-based singer-songwriter Pi Jacobs. Recorded at Ditty TV, it is from her fifth and newest album Live from Memphis, her first on the Blackbird Record Label, to be released on August 13.

We’re happy to bring you not only the great animated video for the song, but also a “song story intro” Pi made for this and all of the songs on the album. That intro video is first, followed by the official music video.

We asked Pi about the origins of this song. As suspected, it isn’t fiction.

“I was thinking about my mom,” she said, “who was young, single and didn’t have a lot of support. She worked so hard, but occasionally we had to go on public assistance. She ended up becoming the first person in our family to graduate college. She went on to become a public-school teacher, and a shining example of public service.”

Being poor, Pi explained, was something she didn’t really understand for a long time. “When I was young,” she said, “I didn’t know we were poor, but as I got older, I started feeling different because my house was janky, or because I only had a few cheap clothes, or got picked up in a car that had the paint peeling off. Kids can be cruel sometimes.”

Despite this, her childhood was a rich and joyous one. “The crazy part,” she said, “is that we had so much fun, even with nothing. We made up games in the dirt, simply by using our imaginations. As poor as we were, my mom always saw to it that we had art, literature, and music in our lives, and ironically, those things made me feel very rich.”

The premiere comes with not one but two videos. There is an animated video, as well as a “story intro” video, in which the songwriter introduces us to this song. We’re happy to bring you both.

The animated video was created by Mertcan Mertbilek, a visual artist-animator in Istanbul who has made magical videos for the George Harrison Foundation, as well as Santana, Ray Charles, Ravi Shankar, Seether, Elvis Costello, Ghostpoet and many others.

“I really fell in love with Mertcan Mertbilek’s style,” said Pi. “He is so fun and surreal, while conveying the deep heart of any story. I had him listen to the story intro’ for `No Sin To Be Poor,’ as well as the lyrics. The story intro talks a lot about the government food we had to live on when I was young, and how we grew veggies in a garden and supplemented that. I think he really grasped the `making a bad situation good’ aspect of `No Sin To Be Poor.’

Asked why she decided to record these story preambles for each song, in which she reveals layers of herself previously hidden, she laughed, and said, “Well, I might live to regret it!”

“In last year’s lockdown,” she said, “I really couldn’t write music, but I felt a deep need to get these stories off my chest. I felt like I had been being a bit chickenshit, because in a song, you can be a little vague. I wanted to really tell the truth; in fact, writing the stories felt quite compulsive. I just couldn’t stop.”

Pi said her hope is that these stories resonate with others who had similar childhood experiences.

“I asked myself who [these songs] were for. I knew children of hippies was a rather small segment of people,” she said. “Then I realized that my friends who grew up ultra-religious had the same issues. Being brought up outside the norm with parents who are purposefully rejecting society, or aspects of society, well, that’s hard as a kid. You’re not normal. It’s not your choice, and there’s nothing you can do about it.”

“I wanted to really own the things I’d been dancing around in my songs. I was terrified to show these stories to my mom, but it turns out, she is okay with them. She even helped coach me on how to deliver them. (She’s an actress and writer). There’s been a lot of growth and healing for us, and I no longer feel like I’m hiding myself from everyone.”

Oh Mary get back in the line
As if you got nothing but time
You gotcha kids counting on you
Waiting on stamps for food.

But it’s no Sin

Three jobs and a couple a babies
Oh Mary you ain’t never been lazy
But you can’t make water from wine
You’re paying that rent on time, Girl it’s no sin..

Chorus
So go on shine up those go-gos
Take a big solo
Oh, dancing in the dollar store is no
No sin to be poor

Oh Mary fill out the form let that bureaucrat lecture you more
Well, he don’t know you, never stood in your shoes
So don’tcha go look at the floor
No no it’s no sin..


Go on trade in those bottles
Cash for that lotto
Oh dancing in the dollar store’s no
No sin to be poor. 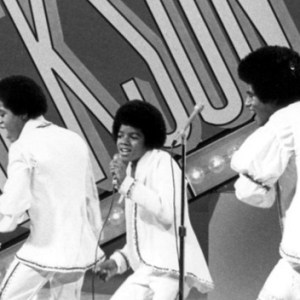 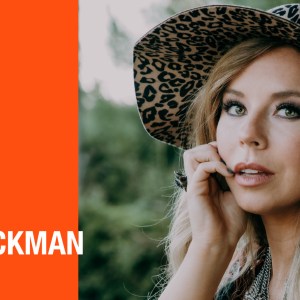