For most performers who are responsible to provide their own sound equipment, the two most important features for an audio mixer are sound quality and flexibility. The latter is especially important for singer songwriters who may be called upon to perform solo in a small space one day and with a band in a larger room the next. A mixer that can support live performance and provide some recording capabilities would be a great tool for the performing songwriter. I recently set up the PreSonus StudioLive AR12 USB mixer on some of my local gigs to see how it performed.

To address the variety of audio challenges a live performance can present, I want a mixer that is laid out in an intuitive way. I need to find inputs, make adjustments on each channel and deliver a mix to the right outputs quickly. With mixers, first impressions count and the AR12 did not disappoint. My duo gig (two acoustic guitars and two vocals) was set up and sounding good in less than five minutes. I’ll admit that I looked over the features on the AR12 the night before and carried my regular mixer with me just in case, but my old mixer stayed in the car. It was that easy.

For our event, we set up two PreSonus AIR12 powered speakers as mains and connected them to the AR12 mixer. Making use of the high-impedance inputs on channels one and two for our guitars, we used no direct boxes. The mixer has 16 digital reverbs, delays, and chorus to choose from, but we opted for a little hall reverb that was easily adjusted and perfect for our live performance. We found the EQ (analog 3-band EQs, both semi-parametric and fixed) options to be very responsive, especially for cutting and boosting important mid-range frequencies. For larger gigs, the mixer has four mono and four stereo channels with +48-volt phantom, pan, mute, and PFL solo.

There are some surprising features on the AR12 that you don’t expect on a compact mixer. This is likely due to its versatile design that allows it to double for recording mixer–an important feature since songwriters frequently look to record their material from the board at performances or connect to a DAW for producing demos. The AR12 has eight Class A mic preamps that proved to be clean on vocals and acoustic guitars and low-cut filters prevented any low-end build up in our mix. Like many more expensive recording consoles, the faders on this compact board felt good.

The AR12 has Bluetooth 4.1 connectivity built-in for pairing a mobile device for break music or to stream backing tracks. An on-board 32GB SDHC card slot allows you to capture tracks from live performance or rehearsal in stereo. For more advanced recording, the AR12 provides a USB 2.0 interface to send all tracks out to a DAW for later processing.

I liked the AR12 for live performance, but could also see it as an affordable front end for a home studio. 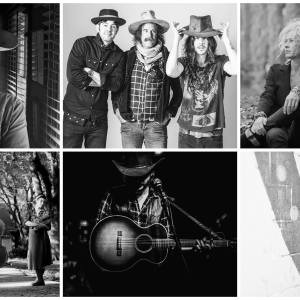 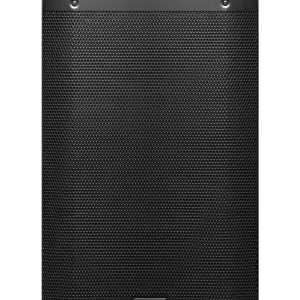