High in the Rockies, in small town Salida, Colorado, Mumford & Sons’ yearly Gentlemen of the Road festival made its final stopover last weekend. Much more than other festivals, GOTR feels like a gathering of friends; most of the bands that played have known each other for years, some even having collaborated in the past (Blake Mills started the first incarnation of Dawes, Simon Dawes, with singer Taylor Goldsmith some years ago, and The Vaccines’ Justin Young joined JEFF the Brotherhood’s Jake Orrall, Mumford & Sons’ Winston Marshall and MC Big Mike of the Apache Relay in a joke supergroup called Salvador Dali Parton in 2013). Walking the streets of downtown Salida on Friday afternoon, festivalgoers were donned in denim jackets with GOTR back patches, some with additional stopover-specific patches ironed on. It seems relatively uncommon these days to find fans dedicated enough to follow an act to multiple shows, but GOTR – or perhaps mainly Mumford & Sons – has fans that travel across the country with the festival every summer, driving thousands of miles to participate in one of the season’s greatest hangouts.

In Photos: Gentlemen of the Road’s Salida Stopover

Early Friday evening, one man band Jack Garratt kicked off the first round of shows on the main stage. Armed with a keyboard, guitar and a few drums, Garratt delivered 30 minutes of folky, soulful, sultry tracks reminiscent of  James Blake and Ed Sheeran. Shortly afterwards, singer-songwriter Blake Mills – a guitarist who Eric Clapton once called “the last guitarist I heard that I thought was phenomenal” – took the stage, playing an all-too-brief set that included a cover of Bob Dylan’s “When I Paint My Masterpiece.”

Dawes, who have been hot on the festival circuit this year, opened up with “Things Happen” and ran through tons of crowd favorites, including “If I Wanted Someone”, “When My Time Comes,” “Somewhere Along The Way” and “Most People” and closed with newer track “All Your Favorite Bands” from their new album of the same name.

The Flaming Lips – who were joined onstage by massive balloons that said “FUCK YEAH GOTR SALIDA” – put on one hell of a show. Wearing a lime green jacket and a pair of silver metallic pants, singer Wayne Coine led the crowd through a lengthy set that started with “The Abandoned Hospital Ship” and “Fight Test”. The highly visual set included dancing aliens and rainbows, as well as a light show and a massive downpour of colorful paper confetti.

Drunken Hearts started Saturday’s festivities with an exciting, high energy folk-rock set, with a guest appearance Joe Lessard from Head for the Hills on fiddle. Nashville garage rock heroes JEFF the Brotherhood quickly changed things up, doing away with all things country in favor of dense, grungy guitars. Though they’ve mainly been playing with a full band since the release of their latest album Wasted On The Dream, the brothers Orrall returned to their roots and performed as a two piece, rolling through some of the heavier tracks from their older catalogue. GOTR MC Big Mike joined the stage on “Melting Place,” during which he and Jake Orrall powered through several guitar solos.

Beans on Toast provided some quick entertainment between shows, playing two song mini sets while crew members set up the stage for Tune-Yards, The Vaccines and Jenny Lewis. BOT’s setlist included “Angry Birds,” a song about the iPhone game of the same name, “Couldn’t Get A Gig At Glastonbury This Year” and “The Other Side Of The Fence,” which lamented the joys of festival life.

tUnE-yArDs performed the most eclectic set of the night, with front woman Merrill Garbus on top of her game. Garbus and co. climbed down into the pit to high five fans shortly after taking the stage before powering through old and new hits and closing with “Bizness”. British rockers The Vaccines delivered the best set of the weekend, a high-energy performance stacked mostly with songs from their new album “English Graffiti.” Mumford & Sons’  Marcus Mumford and Winston Marshall, armed with guitars, surprised fans and joined the band on “Give Me A Sign”. Vegas-born singer-songwriter Jenny Lewis seemed to be a crowd favorite, and for good reason: she performed a powerful, fun set that included both solo work and a few tracks from Lewis’ former band Rilo Kiley, backed by Nashville synth-pop singer Tristen.

Mumford & Sons headlined the evening with a polished, slightly-over-two-hour set that perfectly blended old and new, never getting too out of balance between the band’s folk standards and new alternative tracks. Jenny Lewis performed backup vocals on “Awake My Soul,” In a proper end to the night (and the festival as a whole,) Mumford brought out Jenny Lewis, MC Big Mike and the Vaccines to assist on a cover of “With A Little Help From My Friends”. The band have been closing a lot of their shows with the cover, including their set at this year’s Bonnaroo, where they performed the song with members of Dawes and My Morning Jacket. 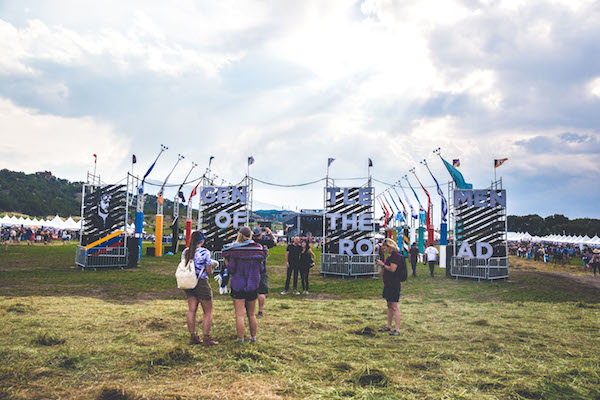 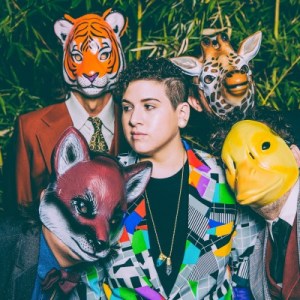 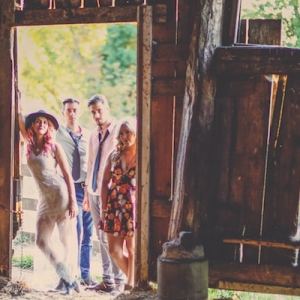