Before Ricky Byrd joined Joan Jett and The Blackhearts for a wild ride and career, he was just a kid from New York, listening to AM radio hits by The Rolling Stones and Frank Sinatra.  As a teen, he idolized the stars that graced the pages of Kerrang and Creem magazines in the 70s. And at the same time, he began to idolize their rock and roll lifestyles of glitz and drugs, just as much as the music.

In the ‘70s and ‘80s before the takeover and intersection of black tar, china white, Nirvana and Soundgarden, cocaine had its grip over the rock world, and not too much longer after that, it had its hold over Byrd too, for almost ten years. Today Byrd is celebrating 33 years sober and partying the only way he does nowadays, with music and a new record, titled Sobering Times.

Sobering Times follows his 2017 release Clean Getaway and is the second record from Byrd’s catalog that follows the concept theme of recovery, taking the listener through his journey as an addict, while offering up solutions in each song that can put the listener on the road to recovery. And Byrd inserted his advice into each song without being overbearing and “preachy” as he describes some recovery to be.

“I used for 18 years, on a daily basis,” Byrd told American Songwriter. “Once cocaine came in the ‘80s, all bets were off and it ripped my brains out- that and Jack Daniels.”

The Sobering Times tracklist itself lays out a narrative with titles like, the opener; “Quittin Time (Again) to the mid-point, punk rock anthem, “Recover Me,” featuring Willie Nile to “Life is Good” and “Just Like You” that close the album and conclude Byrd’s story on a hopeful note.

Due to the intimate content of the album, Byrd wanted to write as much of the album’s content as independently as he could, which was less the case on Clean Getaway, where he did more co-writes.  But that’s not to say there weren’t any this time around. “Ain’t Gonna Live Like That,” is a co-write with Emily Duff and “I Come Back Stronger” was a collaboration between Byrd and his friend Richie Supa.

“I always write the music and I co-write the lyrics,” Byrd said. “Unless I’m sitting in a room with somebody it’s hard, where we can both play and say ‘hey try this’ or ‘do this chord.’ With Emily I sent her the track and we never got together in person. Same thing with Ritchie I sent him the music and he sent me few lines and we went back and forth. With Willie, I actually went to his apartment in the Village and we scrapped it out there in person, which is my favorite.”

When Byrd got sober in 1987, he learned quite quickly what he needed to do to continue being a force in music and further collaborate after his departure from Joan Jett and the Blackhearts in ‘91. Since then his songwriting has only gotten better, which can often be the adverse reaction for artists who get clean, who often find inspiration hard to come by.

“I just got better,” Byrd said about his songwriting abilities after maintaining his sobriety. “I had less self-doubt and worked more on instincts. I became better at everything I did when I got clean. But it took a while, it didn’t happen overnight.”

“I played with Joan ‘81-‘91 and I got sober in ‘87, so I was on the road, in the same circus and I kind of had to maneuver around that,” Byrd added. “I learned quickly to not hang out in people’s rooms after the show or at the bar. I spent a lot of time going straight to my room. And I remember being on the Aerosmith tour and they had just changed their mode of living as well so I could always hang out with those guys backstage. And when we were on the bus, I would try to keep to myself in my bunk.”

Sobriety not only affected his songwriting and perspective, but also his desire to help others in his situation.  Along with being a Rock and Roll Hall of Fame inductee with two solo albums, he is also training to become a drug and alcohol counselor and spoke at workshops all over New York and the country frequently, prior to the pandemic. He shared his recovery songs during these workshops as well as his story about getting clean at 30 and weighing 128 pounds, an effect of doing cocaine every day for nearly ten years, and how he found his first meeting after being introduced to recovery by a friend he had asked for drugs from at a wedding. What Byrd came to realize was these people he was speaking to also had something to say.

During music recovery groups, he often heard “your song made me cry man,” from what he called the toughest looking guys out there. Many others would often write Byrd telling him “this is my story too” and even share their own recovery songs.  From then on, Byrd knew he found his niche and was doing something right and worthwhile in his music.

And as much as Byrd would like to share more of his message and play his new songs for these same people, Covid-19 put a pause on any groups he was facilitating.  But Byrd says he is taking advantage of Zoom and makes an effort every day to stay connected to someone else in recovery.

“I talk to people in recovery every day,” Byrd said. “It’s not always about recovery, sometimes it’s just shooting the shit, but it’s about being connected and helping others.”

With the release of Sobering Times, on September 25, Byrd is expecting things to die down further once press inquiries are settled and says he is turning his attention to learning some new things, like Garage Band, which he downloaded in attempt to ready for what the new post-pandemic music industry may look like with less access to studios. And as much as he loves walking to his local post office, with autographed CD’s in hand, wrapped in small, bubble mailers, he says he may be shifting to releasing singles.

“I think I’m getting to the point- because of how music biz is- I might be doing singles,” he said. “I’d love to do an acoustic or blues record maybe. But I’ve got a long way to go with the next one.”

Check out Sobering Times and be sure to order a signed copy here. And if you or anyone you know is struggling with addiction, reach out to MusiCares for free support groups and resources. 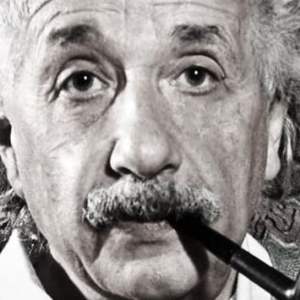 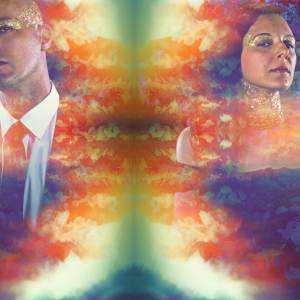