The South is commonly regarded as a peculiarity, a region whose creeper-vine oddnesses shelter it from present time and normal America. But consider these terms: anti-cosmopolitanism; valuation of family over section, section over nation, nation over world; love of country music; heartfelt attachment to the Obama double-whammy of guns and religion; attitudes toward non-Christians ranging from close-lipped, punctilious toleration to cold hostility; attitudes toward other outlier groups, such as gays and vegetarians, ranging from same to same; skepticism of pretentious display (e.g. haute couture, sesquipedalianism, non-Biblical moral exhortation); intimacy with work that hurts your body; lack of means. Sounds like the South — but run these terms through your mind’s search engine, and see if all of America doesn’t come back. As Chris Rock suggested, leaving aside “New York, D.C., L.A … like ten places,” we’re a fairly rednecky joint.

Let me disclose my prejudices. I was raised in the country, in the South, but since then I’ve lived entirely in the North, in or near big cities. Maybe that’s why I have largely cosmopolitan interests, values, and opinions. For instance, I loathe Donald Trump. Not only do I think him foolish, boorish, shady, demagogic, and unqualified for the presidency, I consider him to be so vividly abundant in these qualities that it’s near-impossible for me to understand how anyone reasonable could support him, or interpret his ascendancy as less than an ominous threat. As a drummer in my band remarked years ago, “It’s not that I ‘don’t like’ Parmesan cheese, it’s that I can’t see how anyone thinks it doesn’t smell exactly like vomit.”

Those I know, and know or suspect to be pro-Trump, are non-selected — family members or neighbors. Because I know them, and because I decline to accept that half of the USA are raving lunatics and bigots, I reject the idea that Trumpism equates to racism or to ignorance. The election has given me information I was aware of before but less graphically: I inhabit a cloistered sphere.

Yes, the results surprised me — but I should really have thought harder about what I was seeing, while traveling show to show. In October I criss-crossed Pennsylvania, where people lined rural roadsides, yelling. One family in York, the town of my birth, stood on their row house porch in torn clothing, waving a hand-stenciled banner, “Hurry Trump!” Later that month, as rains pounded Washington state, small crowds shook signs atop overpasses along I-5. Everywhere I went, it was reliable as the sunset: as population centers faded in my rear-view, up came the signs, out came the believers. The other side lacked this enthusiasm.

Country music, the kind I play, is about all Americans, not just my section. Or not my section at all: who ever made a good country ballad about people who get grass-fed beef from Whole Foods and go to Annie Baker plays? My chosen art form was created by, and tells stories about, the sort of people that waved at me from their porch. For all I know, they’re related to me. They’re cellularly indistinguishable from me, anyway. I disagree with their values, though, and don’t court their company. So is it hypocritical, or hopeless, to concern myself with them when I sit down to write or stand up to sing?

For me, the answer is in halves, and one is beyond the realm of words or argument. A recording by Ernest Tubb, Don Williams, Ricky Skaggs, or Miranda Lambert (to use purposely unlike examples) mesmerizes me in a way that’s more animal than cerebral. I’m not very interested to learn where that million-drawler quartet stands on God or gays or guns (though I have my suspicions). I am interested to reflect that no well-heeled Whole Foods shopper could in one thousand years create work to match theirs in beauty or intensity of expression. Mainly, though, I want to bask in the beautiful sounds and forget the rest of it.

The other reason I persist in reaching outside my sphere in my creative work is that it makes for a challenge that strengthens — possibly the work, or, just conceivably, my character. Getting inside the other’s mind is a cornerstone of the aspirational idea called humanism. And how distantly other, really, is a middle-aged guy in Ohio who’s lost his job? A have-not who’s sick of being condescended and dictated to by smug haves? Someone worried about regulatory overreach, trade imbalance, or immigration levels? The issues upon which a demagogue rose to power are discussible (even if neither party cares to discuss them). And as for the people themselves, those who yelled and held the signs, if I were in their precise circumstances, mightn’t I act and feel the same way?

Poor whites with high-school diplomas give us more than just homophobia, dysfunctional drug-riddled communities, and awful presidents. They farm and do other backbreaking work; they get traumatized and killed in our unending wars; they make uniquely great music. For all these reasons, let’s concern ourselves with their circumstances. 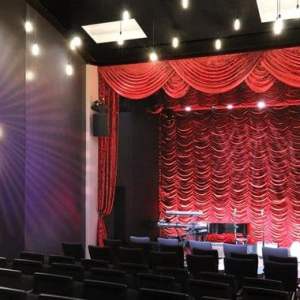 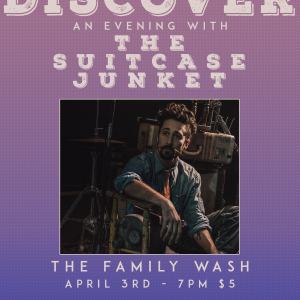