If singer-songwriter Rorey Carroll ever finds herself hungry for material, all she’d have to do is turn to her own life: from her self-inflicted homelessness, to her six months on the Appalachian trail at 20 years old, to getting convicted for transporting marijuana — 27 pounds of it, to be exact. But her second album, Love Is An Outlaw, isn’t some kind of badge of honor touting her storied, sometimes slightly sordid past. Instead, it’s a diverse palate of life, love and hard-learned lessons; full of empty rooms and emptier hearts, with Carroll’s voice filling each and every void with its perfectly ragged nuance and dead-honest lyricism. She’s got a story, all right, but she’s more interested in the stories we all share together.

“I guess I have always learned the hard way,” Carroll says about her rather unconventional life — right now, she calls an RV home, parked in an alleyway in East Nashville, and this is probably about as “settled” as one can expect her to get. “I knew when I was a kid that I was different. Going out and moving around the way I did taught me a lot about myself, and where I need to be.”

Much of how Carroll has fulfilled that need has been by choice — raised by a middle class family in suburban Chicago, she knew that she had to push herself to exist — somehow, some way — outside the norm, even if that meant essentially becoming homeless. It was her dad who dropped her off at the base of the Appalachian trail: it took her more than half a year to complete it, with Carroll sleeping in a hammock and writing poetry in her journal along the way. She also toted along a backpacker guitar, using it to learn chords — at the end of the journey, only the instrument, not Carroll, was too beat up to keep playing. For her, comfort would have been the creative kiss of death.

Before landing in East Nashville, Carroll lived in Humboldt, Colorado, shuttling around weed until she was caught and arrested (a first offender, she served less than a week behind bars); in Vince Herman of Leftover Salmon’s yard, and in Asheville, North Carolina, where she first started to go to open mic nights and develop an inner circle of fellow kindred songwriters. Once she moved to Music City, she finally found a place that felt like home — though living in an RV means she doesn’t exactly have to put down roots anywhere, which is how she plans to keep it. “As soon as I got there, songs started flowing out like a fountain,” she says of her side of the Cumberland River.

It’s certainly helped Carroll to feel like she finally found the right geographic location when she captured the unwavering support of one of the town’s unofficial mascots — for the offbeat artists, not the industry executives: Todd Snider, original East Nashville troubadour and lord of the train song, who took a fast and furious liking to her music. He took her on tour both for his solo slots and with Hard Working Americans, eventually signing on to not only help her rework Love Is An Outlaw, but to release it. Most people are lucky to find a mentor along the way, but Carroll found that and more in Snider.

“I’m blown away,” she says of Snider’s support. “My natural self-doubting self doesn’t believe I deserve it. In a lot of ways, I’m blown away he would even consider me an opener, let alone help me put out a record. And realizing now that it’s actually all happening — I’m getting choked up just talking about — well, it’s been really, really important.”

Carroll will open for Snider when he plays his upcoming 50th birthday show at Nashville’s Ryman Auditorium this October — but, despite both of their penchants toward embracing the unpredictable, life backstage is relatively tame. “We smoke a lot of weed, we watch a lot of music videos on YouTube and talk about songwriting,” she says. Snider gave up drinking recently, so, Carroll jokes: “I feel like I am the entertainment in a lot of ways.”

Despite her unconventional past and Snider pedigree, she was still hesitant to use the word “outlaw” as the name of her album — “Love Is An Outlaw” is a slow-burning, acoustic number that, in many ways, epitomizes what Carroll is all about, with its sparse arrangement and frank, daring metaphors. “I don’t really fit into the category of outlaw country,” Carroll says, “but then I had a friend of mine say, ‘If anyone is an outlaw, it’s you.’” Certainly only an outlaw can lead a rebel life but create songs relatable to those who have suffered broken hearts, not just broken laws.

“It’s not the deepest record, it’s not the shiniest record,” she says, “but it’s my stuff, and it’s what I have to give.” 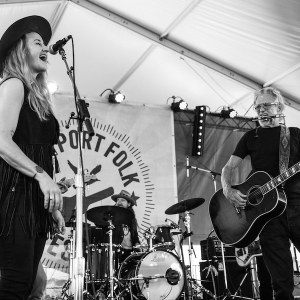 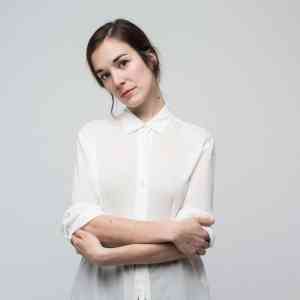