As Coronavirus closes in on the first round of a 15-day quarantine for vast numbers of people in America, many are wondering what’s next and several others are seeking out ways, in addition to social distancing, that they can help during this unprecedented time.

Shinedown has partnered with non-profit organization, Direct Relief to help raise funds to provide essential equipment to frontline workers both in the United States and overseas.  The Direct Relief organization has been in place since 1948 and fights to find aid and provide life-saving resources to brave people in the trenches of crisis’, natural disasters and pandemics.  These resources in relation to the growing pandemic COVID-19 otherwise known as Coronavirus include; masks, surgical gloves, scrubs, ventilators, and other necessary equipment.

Shinedown has made this partnership possible through a 100 percent donation of all sales from a unique bundle they have created for the cause.  The bundle, available on their web-store includes a specially designed, one-of a kind tee shirt for their newest single “Atlas Falls” as well as a digital download of the song.

The single initially meant for their 2012 release Amaryllis, was a song, singer and frontman Brent Smith knew the world needed to hear one day.  The song stood the test of time and now, more than ever, “Atlas Falls” is incredibly relevant to the shape the world is in.  Smith explained the songs lyrics came from a merging of concepts explored through Greek mythology which was piqued by a conversation between him and another songwriter.

“We were probably three months into writing Amaryllis, when “Atlas Falls” came about,” said Smith.  “We had been working with some great songwriters Zac Maloy and David Hodges.  Zac Maloy had come to the band and said ‘hey I just finished this book called Atlas Shrugged’ and I wasn’t familiar with it, so I did some digging.  Essentially, I learned about the mythology behind Atlas and that Zeus had put the sphere on Atlas. And Atlas was the god of endurance.”

“Initially I thought ‘shrugged is not a great word, how am I going to write anything with the word shrugged?’” Smith said laughingly.  “Ultimately I looked at it as if ‘what if Atlas were to fall?’” Basically, the sphere which is supposed to represent the world, is put on someone’s shoulders, and they are supposed to hold it up. The question was what if it falls, then who holds the world up? So, the concept came from that and if Atlas falls, we would hold him up.”

The most poignant lyrics the band drew up were: ‘Don’t give up now, there’s already so much at stake. If Atlas falls, I’ll rise up and carry us all the way.’  These lyrics also ended up on Shinedown’s t-shirt for the single, included in the bundle.

When asked about the motivation behind the partnership with Direct Relief, Smith shared why he felt the incentive to do more than just ordered social distancing.

“When I found out about quarantine and social distancing, I think like a lot of people, I felt helpless and thought ‘what can I do to help?’” he explained.  “I watched the news and they were saying ‘you’re doing it, just stay away from each other, don’t go outside or to public areas’”.

“This was just such a turning point for the human race and I really had to kind of calm myself down, because I was getting massive anxiety.  And I said ‘hang on a minute, let me look around’ and I started digging into COVID-19 and different organizations and through that I found Direct Relief,” said Smith.  “They’re very unique because they are under the radar, but purposely under the radar. Their whole mission since 1948 is to be non-bias and non-political. They are literally there to give the medical and scientific community, frontline workers during crises, the resources they need to heal the sick.  They use 100 percent of what is given or donated financially to get those men and women what they need.”

Just six days into the partnership, Shinedown already raised $120k from “Atlas Falls” bundle sales and every dime of it is going to Direct Relief.

Shinedown’s bundle sales and relationship with the organization are set to run through May, but the band explains that is just based on the hope that the pandemic will be eradicated by that time and also explained they are willing and ready to keep their efforts in place for as long as necessary until we come out on the other side of this grave situation.

Shinedown like so many bands have also had to re-work their tour schedule due to several nationwide business shutdowns as a result of COVID-19.  They were lucky, however, to have been able to reschedule the majority of their shows for August and September dates.

“We were very fortunate on the touring side of things thanks to Ron Opaleski at William Morris,” said Smith.  “He saw this from a different angle and started going to work early. We had shows for April and May, which are not happening, but because he went in early enough, he was able to reschedule the dates ahead of time so we only lost maybe one show.  He saved almost 35 shows, unlike some bands who had to cancel completely.”

Although a lonely and difficult task at times, Shinedown is doing their part in practicing social distancing, while still maintaining an optimistic perspective.

“A lot of my time is taken up with my efforts with Direct Relief, but Zach, Barry, and Eric are trying to find a silver lining,” said Smith.  “My guys are getting to spend some time in quarantine with their families at home. They get to spend time with their children, with each other and that part of it is really sweet.”

Check out their site for more on the relief bundle. 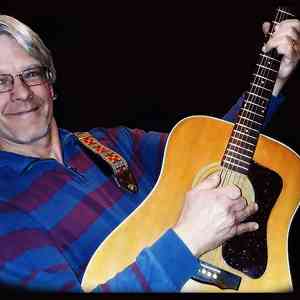 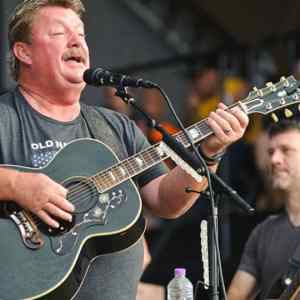