To press play on Shunia’s new album of chants is to allow a wave of calm and relaxation to wash over one’s whole self. For Lisa Reagan and Suzanne Jackson, who’ve known each other for 30 years, sharing the gift that’s been a major part of their lives with others is the reason they began recording together as the duo Shunia in the first place. “Music in and of itself is such a powerful medium,” Reagan tells American Songwriter. “It is the language of our humanity and our souls. We know these mantras are tried and true, and we have personally been chanting them for years.”

Reagan and Jackson met in graduate school and both joined the Washington National Opera the same year. They both found yoga while they were singing at the opera and were particularly drawn to the chanting aspects of it. “We are both classically trained musicians and voice teachers, so we have lived in similar worlds for most of our lives,” says Reagan.

Both she and Jackson believe in the connection music gives them to the spirit world. “Whether we are composing or singing someone else’s compositions, the music comes from spirit and flows through us and out into the world,” says Reagan. “This is the great gift of being a musician, this beautiful relationship with the un-manifested potential of creativity. This is what our conversations have been about all these years.”

Music is a natural expression of their relationship, and they decided to put the chants they knew to music, creating their first album together, Ascend, in 2017. “We were exploring the Naad (essence of all sound) and the emotions of the chants and creating music we felt expressed that emotion,” says Reagan.

They soon came to find out how different chanting is to typical songwriting. “Most yogic chants are a kirtan based style of writing (call and response), which is a format we basically kept,” says Reagan. “However, it was really important to all of us that the album be musically interesting and beautiful. Because the chants have a certain structure, it was important to us to weave the music around it.”

For their second album, titled Shunia, which has been recently released, Reagan and Jackson enlisted the help of producer Jamshied Sharifi, who gave a rhythmically-driven sound to their chants and brought more of a world music influence to the album. “Jamshied felt it was really important to feel the natural rhythm of the spoken chant, so we sat on the floor with drums in our hands and started chanting the chants. We let the natural rhythm of the words guide us, then from there we started creating music and the melody lines,” says Reagan.

Both Reagan and Jackson are very musically influenced by their classical backgrounds and they used counter melodies to add lyrics that enhanced the meaning of the chants. “Most of the chants are sung in Sanskrit, while the counter melody lines were sung in English, Italian and Latin,” says Reagan. “Jamshied is a brilliant arranger who is particularly adept to creating musical arcs that take you on a musical journey while you’re chanting. We picked mantras that Suzanne and I had been chanting for years. We also wanted to add a Latin chant to explore a different sacred text and its poetry. The rewarding part about making this kind of album is that we feel we’ve created something we can offer to the world that is not only beautiful but has the potential for healing the heart and mind.”

Through teaching the mudras (symbolic hand gestures) and the chants, Reagan says they hope to share the wisdom they’ve gained with others. “It was our intention from the beginning to give these mantras a gorgeous bed of sound from which you could listen and be inspired,” she says. “The repetition of these mantras is proven to create physical changes in your mind and body. You can calm your nervous system, and open the energy centers of your chakras by chanting these mantras. The Akal mantra we released early, because it’s a prayer for the dead and so many people were beginning to die of COVID. We felt it was a beautiful offering that we could give.”

Reagan mentions the track “Alleluia,” as an example of how Sharifi helped them do this, using the harmonization inspired by the choral writing of the Estonian composer Arvo Pärt. “It was not strictly in [Pärt]’s tintinnabuli style,” says Reagan. “Rather, Jamshied imagined each phrase as a flower or a fan, with the phrase ‘opening’ and ‘closing’—going simultaneously up and down in register—over the length of the phrase. As the Psalm progresses, these openings become larger and more dramatic. At the end of the Psalm, it returns to the unison where we began. With this kind of treatment to the Psalm, not only did it keep it musically interesting, but it lifts your heart every time you hear it.” 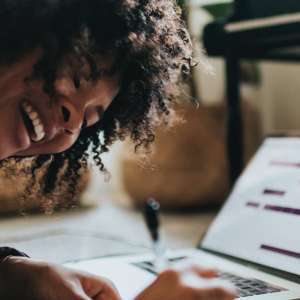 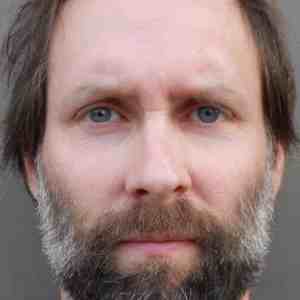