“The title inspired us right off the bat,” says Brooks Hoffman of pop country duo SixForty1, explaining his band’s new single, “Show You Around.” “It’s all about not only showing a significant other around your hometown, but also showing that person another side of you that you’ve kept guarded.”

Hoffman’s hometown is Louisville, Kentucky (and his bandmate, Austin Gee, is from just up the road, in Hopkinsville). Their band name is drawn from the road that connects their hometowns, US-641, though they met when they were both attending Murray State University, also located in Kentucky. Setting aside their initial rivalries (they were members of different fraternities), they soon won over local audiences so thoroughly that they were able to record their first single, “Plane Crazy,” thanks to a fan-funded campaign.

That rabid audience support also enabled Hoffman and Gee to make the big leap to move to Nashville. Their instincts to try their luck in the Music City proved correct: “Plane Crazy” and their next single, “Maybe I Might,” proved popular enough to land them a booking deal with industry heavy hitters Creative Artist Agency (CAA).

When it came time to record “Show You Around,” Brooks says the recording process was straightforward: “We started with a demo of the song and basically built off of that,” he says. “We brought musicians in, then we recorded our main vocals and backup harmonies.”

For inspiration when writing the type of meaningful lyrics found in “Show You Around,” Books says he looks to Train’s “Drops of Jupiter” – he says he can’t pick out a specific noteworthy line in that song, simply because the “whole lyric” is so good overall. Hoffman cites Sam Hunt as another artist whose writing he admires: “Montevallo is an incredible album. He changed the game with those songs.”

As for his own songwriting, Hoffman is easygoing. “Everyone has off days no matter what, but we always try to go into writing relaxed and ready for anything.” SixForty1’s work focuses on positivity, and Hoffman says they hope their work will both entertain and inspire listeners. “We want them to feel good! To feel like they want to give their all and find that person that brings out the best in them.”

To bring out the best in themselves, Hoffman says he and Gee try to stay well-rounded. “We love playing music and writing, but outside of that we are very active outdoors!” It’s unlikely that they’ll have much time for anything but music in the coming weeks, though, as they’re set to play several tour dates, sharing the stage with The Eli Young Band, REO Speedwagon, or Aaron Watson. 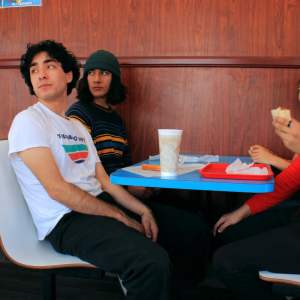 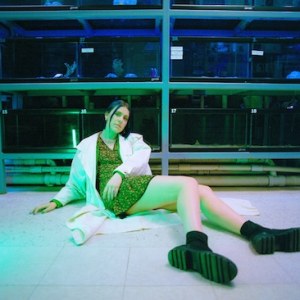