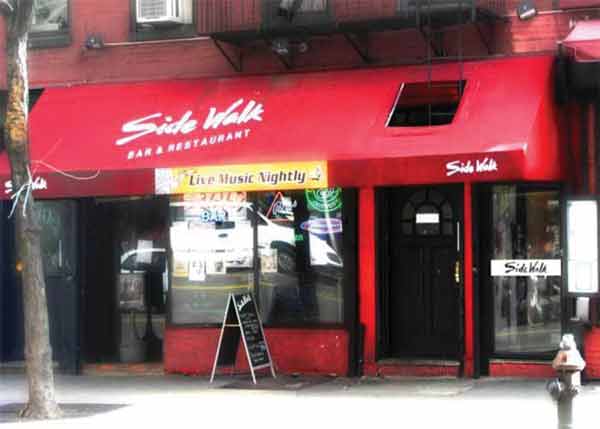 Little did I realize when I was writing last issue’s column about my feelings on country music that I’d be moving to Nashville a mere month later. That’s right, dear readers. I’ve been brought in to be American Songwriter’s new managing editor. I hope I manage to edit something while I’m here. That’s a little publishing joke.

It’s been a long journey from the wilds of New York City to the capitol of country music. As a young man growing up in upstate New York, my dream was to become a rock star. This didn’t really happen, although I have played numerous, under-attended gigs, and even rocked out with rock stars. So, what’s the big difference? We’re all rock stars, on the inside. That’s what my therapist says. Dr. Hook. You may have known him from the cover of the Rolling Stone.

There’s so much musical history in New York City. From Woody Guthrie to Regina Spektor, it all happened here. I was glad to be an infinitesimal part of it. I started writing songs in earnest my junior year of high school, when my girlfriend and her family moved to Alaska. I was egged on by Bob Dylan, Billy Bragg, R.E.M., Michael Penn, and Morrissey. That was my own little gumbo of influence. In high school and college, I thought I was the best songwriter of my generation, like my hero Bob Dylan was. Like Pink in The Wall, I fancied myself a motherfuckin’ poet. Thought I was the best. That youthful enthusiasm for yourself. Contusions of grandeur.

Then I reached New York City’s shores, and the Sidewalk Café, and found my spiritual home. At the Sidewalk, a small East Village venue that spawned the Anti-Folk movement and featured a seven-hour-plus open mic each Monday, every songwriter I heard was as good or better than I was. This is how it should be.

Thank God I found that place. I imagined I would spend all my time in Washington Square Park and the clubs of Greenwich Village, but they were mostly played out by the time I got there in 1997. I also hit up the open mic at the Fast Folk Café in TriBeca, a long-time institution (now shuttered) that had once hosted Suzanne Vega, Dan Bern and Ani DiFranco. It was deadly boring by the time I arrived. Anti-Folk was a direct reaction to that type of acoustic, sleepy-time music; a sort of kick to the balls of Peter, Paul, and Mary. As a genre, it didn’t really have a defining characteristic, other than write good songs and don’t be boring. There was a punk rock ethos underlying the whole thing, but you could fit country, bluegrass, comedy, art-rock, free jazz or hip-hop into it. Whatever floated your boat, man. It’s where Beck started testing songs when he first moved to the city, studying at the feet of a local musician named Paleface. I was lucky enough to catch the debuts of the Moldy Peaches, Regina Spektor, Langhorne Slim, Jeffrey Lewis, and countless other unsung heroes whose stars shone just as brightly. I learned so much from each of them. I can still remember the refrain to this one song by a Canadian, Stravinsky-like cat named David Dragov: “Everybody wants to be a Jack Kerouac or a John Coltrane.”

In addition to playing gigs at the Sidewalk and Freddy’s bar, a legendary Brooklyn watering hole that was set to be demolished to make room for a basketball stadium the month I was leaving, I spent a formative summer busking on the streets of New York, making less than your average subway bum. I learned that you’re better off playing “Brown Eyed Girl” than anything you wrote yourself, unless you’ve got a gimmick, like the ability to play six instruments at once, or a dancing monkey. After I landed a job at Rolling Stone, I was fortunate enough to be part of the Rolling Stone Christmas party band, which had lain dormant since the late ‘70s. With Jann Wenner as our fifth guitarist and financial backer, we played cover songs for a forgiving and patient crowd that included Michael Stipe and Yoko Ono. Lenny Kravitz joined us on drums one year. Peter Wolf acted as our rock and roll guru and life coach the next, coaching us on the finer aspects of playing “Love Stinks.” After budget cuts killed the band, a few of us started up a yearly Bob Dylan tribute act, whose roster included members of the Strokes, the Mooney Suzuki, Tracy Bonham, and the Hymns. My fondest memory would have to be from last year, belting “Hurricane” with Rob Stoner on bass, and Fab Morretti, proudly smoking an unsanctioned cigarette, on conga drums.

As it happens, I got out of NY at just the right time—the little Tibetan kid in the apartment a few doors down just started playing the recorder. And that’s never a good thing. I’m looking forward to whatever new opportunities may arise for me here in Music City. This is actually going to be my last column for awhile. I thank you for reading it over the years, and hope you stick around to see the great changes we have in store here at American Songwriter. There’s one thing you can count on—it’s only going to get more awesome.