The allure of the highway and the comfort of staying home form the core of singer/songwriter Matthew Szlachetka’s lyrics. With titles like “Ready To Run Again,” “Wildflowers On The Highway,” and “Heart Of My Hometown,”’ Szlachetka (pronounced Sla-het-ka) addresses the internal and eternal conflict all artists face at some point in their career – balancing home life and the road.

Named “One of the 10 Artists You Need To Know” by Rolling Stone, he recently released a video for his latest single “Until That Echo” last month. American Songwriter caught up with him to discuss writing, the road and musical inspirations.

How did “Until That Echo” evolve? How did you come up with the guitar progression?

“Until That Echo” was one of the songs off my latest album Heart Of My Hometown that I wrote with Scott Underwood (original drummer for Train). It’s a song that started with the main guitar riff between the verse and the chorus. It probably came about from me noodling around at my place when I had some time between writing sessions and tour dates. Anytime I come up with a riff that I feel “sticks” I always try to catalog it on my phone so I don’t forget. That’s one of the biggest things I’ve learned because there were times in the past when I didn’t document a riff, melody or lyric and it escaped me.

There’s a definite Tom Petty vibe on the track. “A Face In The Crowd” comes to mind. I’m guessing he and the band are influences?

Tom definitely is one of my biggest influences, hands down. It was a real honor to have the late David Bianco produce my current album (which “Until That Echo” is included on). He won a Grammy for engineering Tom’s Wildflowers album along with working on Long After Dark and Southern Accents. It was really special to work with him and to be able to be a part of that lineage. I’ll always cherish that time. This song definitely reminds me of the early Heartbreakers albums like You’re Gonna Get It, or even some of the old Bad Company albums. David was able to help me capture a haunting/ominous vibe that really accentuates the main guitar riff. I’m sure that skill was part of the magic he brought to the table when working on those classic Petty’s songs.

Who came up with the video theme?

My buddy Jon Karr (who directed, shot and edited the video) and I came up with the idea of a modern day “Bonnie & Clyde” storyline concept so that way we could steer away from a more traditional band performance kind of video. I wanted to use the idea of relationship struggles as a metaphor for the dichotomy of home life versus life on the road, which can be a constant battle for touring musicians. The road in this case with all its lure, danger and beauty always calls me from home. There is a paradox when you’re on the road to get home, but once you get there for a bit, the road always comes calling. In essence, despite feeling grounded when I’m home, I always feel like I’m out on the run.

How did you hook up with Scott?

I met Scott when I was still living in LA. My good friend Shiben Bhattacharya (bassist, producer) put us in contact because he felt we would enjoy working together. Shiben played bass on my last two albums and currently plays bass with Matt Nathanson where he met Scott when they toured with Train.

You’re now based in Nashville. Do you find it has helped your networking connections and also your songwriting skills?

I love living in Nashville. It’s a much more relaxed way of life and the community here is very supportive. The rich musical history is so inspiring for me. Some of my favorite music and artists have come from this part of the country. I feel extremely fortunate for the circle of friends and colleagues I’ve been able to forge here. Songwriters in Nashville set a high bar and standard for excellence. Being in that mix has definitely made me a better artist and writer.

What’s next for you, both live and writing?

This is going to be a busy year for me. Aside from keeping up with my normal tour schedule that has me playing 150-200 shows a year, I’m recording my next album in February. I’m deep in the pre-production phase right now and I’m trying to whittle down a folder of 80 songs so I can record 15 of them. Needless to say, I’m incredibly excited to get back in the studio! I was also just in the studio cutting guitars for an EP that Sarah Aili is recording now. Radney Foster is producing so it was an EPIC two days in the studio. 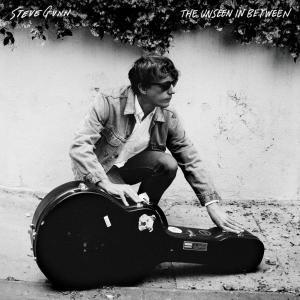 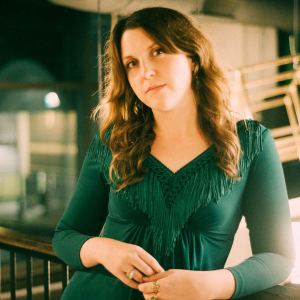