“Can’t help but piss all my youth down the well/ And wave my hand watching it go/ If you gotta hold onto something/ You better hold onto yourself/ Your whole life is just space between holes,” sings Twin Peaks guitarist Clay Frankel on “Stain,” a jangly, slow-burning, backwards love song about life as a touring musician. The tour-worn perspective is one that shines through often on Down In Heaven, the band’s third full-length release and most accomplished work to date. Take bassist Jack Dolan’s’ front-end track “My Boys,” an up-tempo singalong that celebrates the unique camaraderie formed within a band: “90 miles an hour down the fuckin’ street with my team, my boys/ Well it’s been so long since you said so long/ Remember what you promised them.”

It has been a while since Frankel, Dolan, guitarist Cadien James, drummer Connor Brodner and keyboardist Colin Croom said “so long” to their home base of Chicago to embark on a seemingly endless tour, spending the better part of the last four years playing hundreds of shows across North America and the U.K. The gang of 22 year olds and 24-year-old Croom spent some of their most formative years on the road, learning to navigate life from the cramped middle seat of a passenger van.

They’ve come far since those early days, trading tiny DIY venues for big, sold-out stages. “We started out in basement shows on our first tours and then toured through venues for two years while we weren’t of age and had to deal with that bullshit,” says Dolan. “We’d been on the road for three years by the time we turned 21, so by that point we were like, ‘Oh, this really isn’t so bad anymore.’”

If the hype they’ve picked up from their years of tireless work has gone to their heads, you’d never know it; they’re friendly, admirably humble, and possibly more grateful now than ever before for the opportunities they’ve been given.

“Even the worst parts about touring get so small after you get used to them,” says James. “I’m happier driving around in the middle of nowhere looking out the window than I am trying to figure out what I’m gonna do at home. The best thing is that we’re on tour, getting to play, getting to be in a fresh place every day, not being stuck anywhere. I’ve just gotten used to it, so it’s all awesome. It’s all I know.”

For a band whose calling card has become their raucous, lit-fuse of a live show, Twin Peaks’ recording process is surprisingly methodical. They take things slow and never track live, choosing instead to record each member’s parts individually to allow plenty of room for error.

“I like having two different entities, two different beasts,” says James. “I like what we do live — it brings a different energy because it’s a rock show, but when we go into the studio we get to explore a lot more. A lot of the time, a mistake will turn into something like, ‘Whoa, okay, I gotta redo this because that was tight.’ We get influenced by each other while we’re [recording], which is a big part of being in there and forcing ourselves to play.”

It’s often been those happy accidents — like the addition of a mandolin solo here or an unexpected tempo change there — that are the highlights of the band’s work. “We’ve never been a band that’s too overly conscious of what we want to write about or how we want things to sound,” says James. “We always just wing it and see how it works out. I guess we like the spontaneity and freshness of that. It’s natural. On Wild Onion, we each had more parts in mind where we were like ‘this has gotta be this way’ and tried to lay it down like that, but this time we went into it more like ‘we just like this direction.’ Everyone would lay down their part and fill in their void the way they wanted to,” says James.

“If we played this record all the way through at a concert, that would not be a record I would be happy with,” says Dolan. “It would be cool, but it wouldn’t be as interesting. You might want an upright piano on a song, but you’re not gonna bring one of those on tour. Or acoustic guitars — I don’t know if we’re ever gonna play an acoustic guitar onstage, but almost every song has an acoustic guitar in it.”

Don’t mistake the band’s seat-of-our-pants mentality for carelessness, though: more than anything, it’s a tested method of success for a group of kids who truly love to write music and see how far they can push it. “We sound pretty casual about it, but we do want to get it right,” says Brodner.

James agrees. “Definitely. We are winging it, but it’s all quality. Controlled quality.” 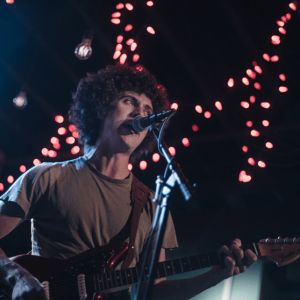 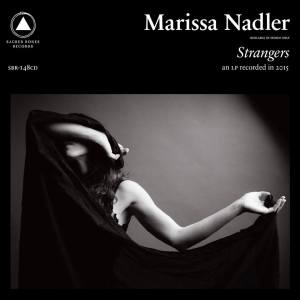