Robert Francis has demonstrated an extraordinary prolific prowess all throughout his 13-year career, a trajectory initiated at the age of 19 when he released his wholly self-recorded debut One By One. He’s continued to share a stunning string of albums ever since, winning widespread acclaim and constant kudos ever since. Mentored by both Ry Cooder and the Red Hot Chili Peppers’ John Frusciante, he’s maintained a high bar all along the way, securing his status as both an astute songwriter, a singular performer and an artist that ought to be on everyone’s watch list as well.

Given that accumulation of accomplishments, it may seem strange that Francis and his erstwhile outfit, the ominously named The End Times, would release an album simply titled Vol. 1. Francis himself has noted that it was inspired by both a road trip and a journey down memory lane, one that found him rekindling his love for such early influences as the Replacements, the Gin Blossoms and other iconic American ensembles. Indeed, it’s easy to hear that indelible impression echoing through each of these ten tracks. While Francis and company create a sound that’s both rocking and riveting, there’s a decided melodicism instilled here as well, an approach that finds the songs often veering from a slow drift to an anthemic overflow. In fact, there’s not a single song here that doesn’t resonate with a decided resilience and resolve. The upbeat and optimistic “Somewhere Trains,” the soaring “Coast,” and steady rockers like “Down the Line” and “What It’s Like” all attest to a persistent prowess. Likewise, when Francis and company vary the template, settling into the comforting ballad “Copy Comic” or the tangled intrigue suggested by “Loose Conditions,” the music remains both credible and confident by any estimation.

It’s difficult to say whether Francis has ultimately made his masterpiece, given his past accomplishments and the fact that the title of the new album strongly suggests that there’s more to come. Yet Vol. 1 is as satisfying an offering as one might ever hope for, a windblown set of rollicking road songs which provide a free-wheeling finesse. Like a young Tom Petty, Francis clearly maintains a restless, devil-may-care attitude, one wholly reflected in these compelling choruses and riveting refrains. Could he be the future of West Coast rock and roll? These intimate anthems suggest that could very well be the case. 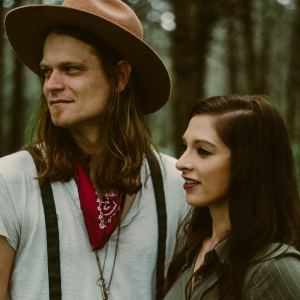 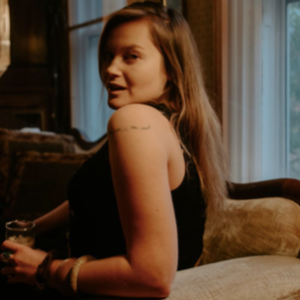