It is considered one of the greatest songs of heartbreak in the pop music canon. That it combined the music of an Italian pop song and lyrics from a pair of songwriting novices also makes it one of the unlikeliest ones. Unlikely, that is, until you consider the staggeringly brilliant performance of the song by Dusty Springfield. Then it all makes sense.

The story goes that Springfield, who was in the midst of a successful solo career but hadn’t yet found her signature song, was witness to an Italian music festival in 1965 which gave awards to the best unreleased songs. It was there that she heard a song by Italian songwriters Pino Donaggio and Vito Pallavicini called “lo che non vivo (senza te)”, and was so touched by the melody that she came up with the idea to do an English version of it.

But she needed English lyrics. She thus reached out to Vicki Wickham, who booked music acts on Ready Steady Go, and Simon Napier-Bell, who did television production but had recently been convinced by Wickham to try out the music business.

As Napier-Bell explained in his wonderful memoir about British music in the 60s, entitled, fittingly enough, You Don’t Have To Say You Love Me, the lyrics came quickly once the pair struck the right tone. They had settled upon the phrase “You don’t have to love me” when they realized that it didn’t fit the melody. Hence, they added the words “to say” to the phrase and that opened up the whole song.

Napier-Bell told American Songwriter in a recent interview that he thought the lyrics that he and Wickham had written were actual a kind of clinical look at a one-sided affair. “In fact, in those days of swinging London and the early days of the pill, most of us were not too romantic,” Napier-Bell says. “A typical night out was to get drunk, dance, and find someone to take home and have sex with. ‘You don’t have to say you love me’ was quite a good pick-up line in those days, meaning: ‘We don’t have to pretend about all that love stuff. Let’s just go home and have a good shag.’”

But then Springfield got a hold of the song. And, aided by the drama of the melody, she found something else in Wickham and Napier-Bell’s words, which, despite their relative inexperience as songwriters, turned out to be potent pop poetry. “It wasn’t me who changed but you/And now you’ve gone away,” the narrator laments, suggesting that she’s been the victim of a subtle deception.

That sends her into a spiral of loneliness and despair. But she rallies in the chorus for a courageous if heartbreaking plea. She doesn’t need any of the sentimentality. She just needs his presence in her life, if only temporarily.

Springfield’s performance manages to evoke pain and pride, hurt and hope, resignation and resilience. As a matter of fact, when Napier-Bell heard the finished performance, he couldn’t believe what she had done with his and Wickham’s words. “The end result was indeed magnificent,” he says. “Dusty had imbued the lyrics with a feeling and pain that was beyond us to have conceived when we wrote them.”

The end result was a #1 hit for Springfield (her first) in the UK and a top 5 spot in the US upon the song’s 1966 release. You can also argue that “You Don’t Have To Say You Love Me” presented a more mature side of her than some of the bubblier pop songs she had recorded had managed to do. This was a path that she would continue to traverse when she made the masterpiece album Dusty In Memphis a few years later.

Other musicians also took notice of the beauty of the song, including the biggest star of them all: Elvis Presley. Napier-Bell and Wickham had to deal with Presley’s management, who infamously would insist on portions of the royalties for songs that the King recorded. “Our publishers refused to make a deal on the song royalties with Elvis, but he did it anyway,” Napier-Bell says. “I like his version too. It’s nicely masculine. As if he’s slightly embarrassed by all that romantic talk – ‘look, can’t we just not talk about all that lovey-dovey stuff? Just stay around and, you know, sort of live together.’”

Regardless of successful versions by Presley and many others, the definitive version of “You Don’t Have To Say You Love Me” is the original one performed with chill-inducing brilliance by Dusty Springfield. In the opinion of Simon Napier-Bell, who helped put the words in her mouth all those years ago, the song gains its staying power not because it’s timeless, but actually because it somehow located a feeling that was antiquated in the best kind of way.

“Well, it’s a classic, isn’t it?” he muses. “In its musical style as well as performance. Like a famous piece of opera. Totally out of date, but that’s the way it is. And we all love it.” 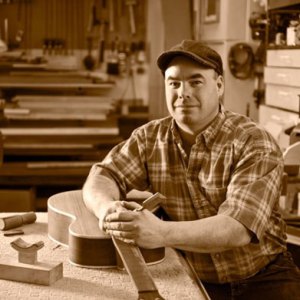 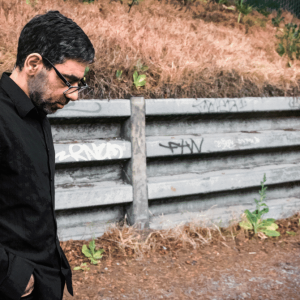